The number of Covid-19 cases in the Southern District Health Board area has risen to 59, making it the region with the most cases per head of population in the country.

The region is second behind the Auckland DHB in total cases, but covers a significantly lower population. 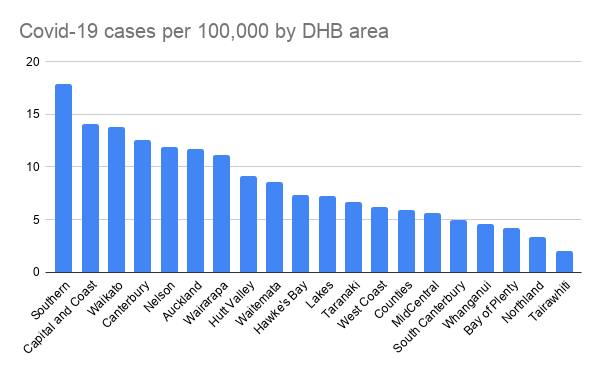 Data from Ministry of Health
The SDHB is based in Dunedin, and covers the bottom of the South Island, including Fiordland, Queenstown, Oamaru and Invercargill and covers a total population of over 329,000 people.

Today's rise of 20 new cases in the South comes on a day when 83 new cases were announced across the country.

The national total is made up of 78 new confirmed cases and five probable cases, Director of Civil Defence Emergency Management Sarah Stuart-Black said.

She said 50 people had recovered, and 12 were in hospital around the country - including one case in Dunedin Hospital.

Central Otago Health Services today confirmed they had one positive Covid-19 patient admitted to Dunstan Hospital for a short period who was later transferred by St John to Dunedin Hospital on Friday.

Two people were in intensive care – one on a ventilator. Both were in a critical condition but for privacy reasons she would not give further details of those cases.

The Ministry of Health website shows all but one of the Southern cases as being confirmed, with just one probable. 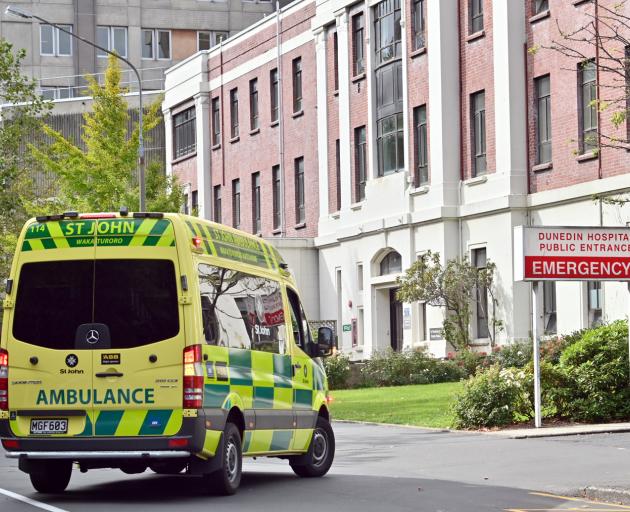 It was announced today there was a confirmed Covid-19 case in Dunedin Hospital. Photo: Christine O'Connor
The SDHB area includes roughly 6.7% of New Zealand's population, but has about 13.1% of the total number of Covid-19 cases.

This means that Otago and Southland has almost double the national average rate of Covid-19 per head of population.

A major reason for this is the World Hereford Conference held in Queenstown, which has now been linked to 18 confirmed and one probable New Zealand case.

Many of those tested positive in the Southern district. 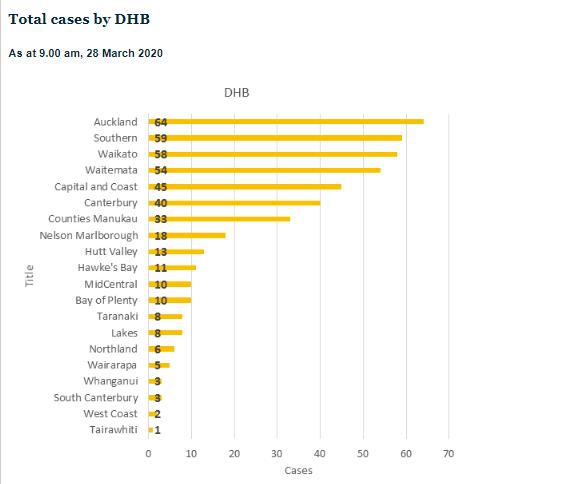 Queenstown Lakes District Mayor Jim Boult said today he was "shocked and saddened" by the significant number of new cases.

“To see today’s leap in confirmed and probable cases of COVID-19 and the effect that can have in our small local community is heart-breaking," he said in a statement.

"Firstly, my thoughts and sincere best wishes go out to everyone who is directly affected and your friends, whānau and support network. I can only imagine how worrying it must be to see your loved ones struggling with the effects of this virus.

"Whilst the majority of cases can still be connected to overseas travel, there is continued concern over the risk of community transmission and cases unrelated to travel.

“In my statement yesterday, I reiterated the need for everyone to stay home and save lives. It’s as simple as that. And this new information underlines that need more than ever.

"Do not put your friends, neighbours, whānau and your local community in further danger by ignoring the instructions from Central Government. Do the right thing and play your part in keeping us all safe,” he added. 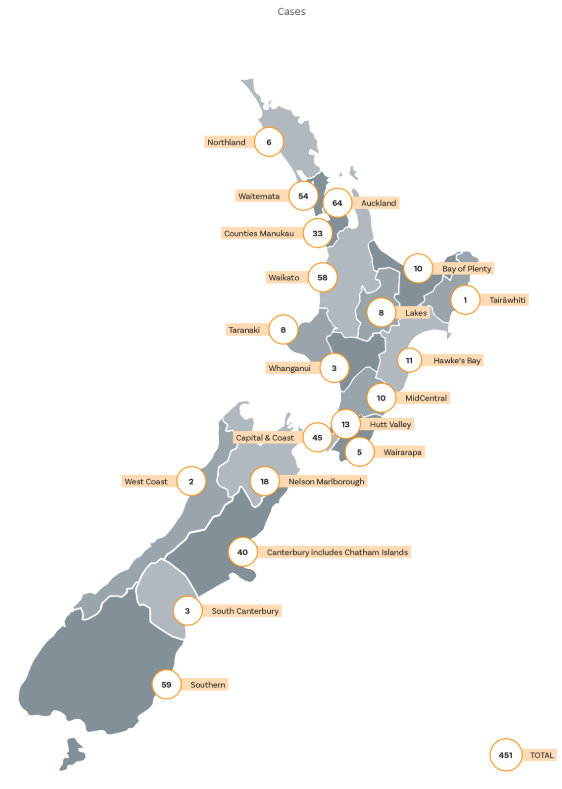 AArgh! Why does the government continue to claim we have next to no community transmission when they are NOT TESTING people who don't have a travel or direct contact to a known case? We need to assume community transmission and be behaving accordingly. There is a line to be trod between scaring people and presenting facts, but the failure to be fully truthful just erodes trust in authorities and will make managing Covid19 a lot harder!

There hasn't been trust in this government for a long time. Mixed messages, changing messages, nobody knowing "the rules", closing the borders far too late, ignoring experts such as Michael Baker (Otago University) and refusing to listen to doctors and teachers...the list goes on.

Oh, but I forgot. We're all meant to be unquestionably obedient now!

The biggest spreader of this virus is the tourist industry, I hope that they will be prepared to pay for the damage their industry has caused to the rest of society.

No point getting stressed out about nothing.I was with one of the Hereford Breeders 2 days after the tour visited that farm,and both I and that Breeders family are ok.One member from each of 2 other farm visit farms caught it,but all the cases are mild.It is clearly a less vigorous strain that that in Europe.If you have existing medical condition which has weakened your system then care is required.The feared overload on the hospital system has not happened.

@flatplatypus: You are right; testing needs to be massively increased. Government is failing miserably in this, and should look to South Korea as an example. Above all, it should cease to use the USA as an example of anything except what NOT to do.

The government could use this lockdown period to eradicate multiple communicable diseases from NZ for good. After 4 weeks quarantine, any small flare ups of measles, mumps, chickenpox, influenza etc... could be identified and treated alongside coronavirus.

Then ANY person coming into the country MUST prove they are immunized for all of these diseases. Including fishing crews, flight attendants, politicians, celebrities, tourists, business people, students etc. Any anti-vaxer has the option of not leaving and stay un-vaccinated, but if they want to leave and then return they MUST be vaccinated upon returning and undergo isolation measures until the vaccine is effective.

This pandemic is going to cost our nation and the world an extraordinary amount of money, we could use this lockdown period effectively and efficiently to ALSO stop further outbreaks of other costly communicable diseases. We have an incredible advantage over countries of being a developed island nation. We could, if we are intelligent and insightful enough, use this unfortunate scenario to do something fiscally
really beneficial for our future healthcare system.