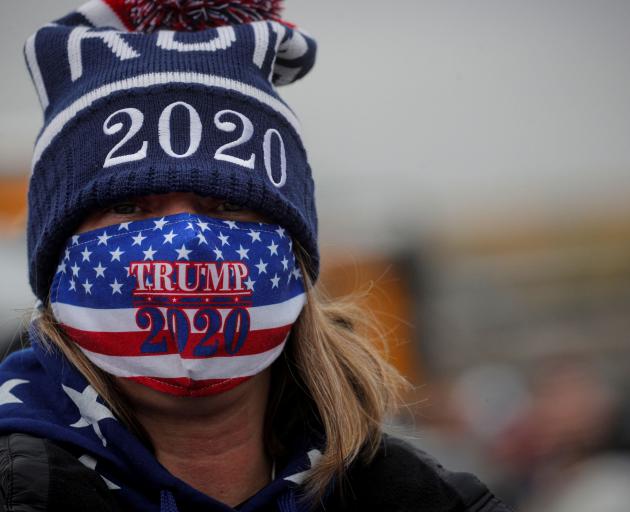 United States President Donald Trump and many of his backers insist that current polls underestimate his re-election chances because many Trump voters are not revealing their support.

As in 2016, the argument goes, "shy" or "hidden" Trump supporters will turn out in sufficient numbers on election day and make Trump the winner.

The public seems to agree. A recent Gallup poll shows 56% of Americans think President Donald Trump will win, while just 40% think Democrat Joe Biden will win. Yet, most election analysts say that the undeclared Trump voter did not exist in significant numbers in 2016 and does not exist now.

Our research, however, shows that this group was big enough in 2016 to affect the surveys done in the weeks prior to Trump’s election. But it also suggests that 2020 is a different situation. While Trump could do better on November 3 than current polls suggest, we have found no evidence of hidden Trump supporters this time around.

In 2016, we, like other analysts, did not find "shy" Trump supporters — voters who had decided to vote for Trump but intentionally concealed that from pollsters — but there was more to the story.

A meaningful portion of Trump supporters that year could be better described as hidden, not shy. For all intents and purposes, these voters had made up their minds, but they continued to deliberate. This is a common experience when we make decisions. When we have some time before we must commit, we typically continue to weigh the pros and cons "just to be sure". You can see this with high school seniors who start wearing the T-shirt of their future college, but haven’t yet mailed the deposit cheque, or with restaurant customers who can’t decide on an entree and then ask to order last only to make the predictable choice.

The same process operated among an important segment of Trump voters in 2016.

These were mostly moderate Republicans who had effectively decided but, perhaps because of Trump’s many controversies, felt slightly unsure and continued to express uncertainty instead of indicating that they planned to vote for Trump.

But a sizable portion of the respondents did not say whether they intended to vote for Trump or Clinton. For these "undecideds," the truthfulness question gave a good indication of where they had settled: They leaned strongly towards Trump.

In fact, using responses to the "truthful" question as a measure of candidate support brought the results from both October surveys to within 1% of the final vote.

Some have suggested these voters were late deciders. But if they were truly undecided, we would expect them to support Clinton about as often as Trump. Instead, even by early October, we were able to detect their support for Trump.

Even though the final national polls ended up being quite accurate in 2016, our data suggest that these hidden supporters would have given Trump about a 2% bump in the earlier October polls if they had been included.

Will history repeat itself? We believe the answer is no.

We chose "energetic" because this issue has been emphasised by both candidates, but the objective reality is impossible to know. Thus, responses are likely to signal a voter’s underlying vote intention even if they are still deliberating internally.

For both of these questions, we found no boost for Trump.

Whether we used the standard vote intention question or incorporated our questions designed to detect hidden Trump supporters, we found about 55% support for Biden and about 45% support for Trump (of the two-party vote share).

The bottom line? If Trump outperforms the polls this time, it won’t be because hidden supporters made the difference. — TCA

That seems about right. The ongoing issues with hunter may pull more towards Trump as well as the comments biden made about eleminating fossil fuel. The potential loss of 12 million jobs in the oil producing states could shift more electoral votes to Trump. Biden shouldn't have made that comment in the debate...big mistake.

Not to mention, as soon as you bring up Hitler in a debate, as Biden did, you lose straight away. (Godwin's Law)

Hope you are right.