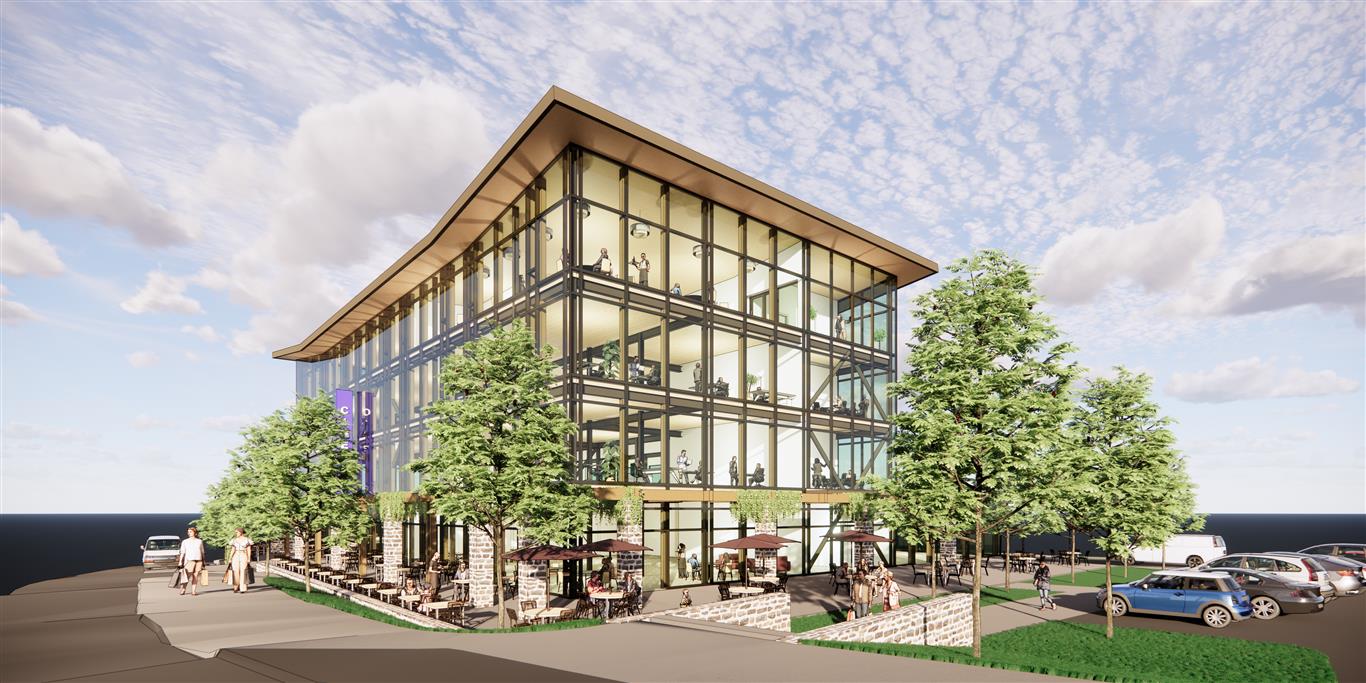 An artist's impression of the new building. Image supplied
A $43 million research and innovation hub is to be built in Queenstown, with half of the money coming from a government loan to support diversification in the area.

Finance Minister Grant Robertson revealed the project to the Otago Daily Times in an exclusive interview this morning.

"It’s designed to draw entrepreneurs and innovators here, to have a base, because we know people want to be here."

A $22.5 million loan has been given to Remarkables Park Limited, who will match it to create a 6000sqm building with offices and meeting rooms at their Frankton site.

The minister said a loan was being used because he expected "it will ultimately wash its own face as a business" and was an exciting development.

"It’s so important for Queenstown and this area that there is diversification [away from tourism], I know Jim [Boult] and the council know that."

Remarkables Park Limited executive chairman Alastair Porter estimated about 100 jobs had been created for the design and construction phase, and expected around 300-400 jobs would be created long-term.

Otago-based Mason and Wales were appointed architects and the build was being carried out by Cook Brothers Construction. Earthworks were already under way.

Robertson refused to be drawn into any comments on airport expansion or alternative sites, but emphasised the importance of having an international airport in Queenstown for such projects.

"I do know having international direct air links is very important part of the future for Queenstown."

This was something echoed by Mr Porter, who expected visiting and temporary staff to work at the hub, alongside those permanently based at the new centre.

Several tenants have already signed up for space and others are in talks, a large number coming from industries focused on the environment, including agriculture.

Mr Porter was hopeful this was the first stage of a longer-term project, which could include the conference centre he has long wanted to build in the area.

"You need to walk before you can run, this is stage one."

He said a result of the pandemic was that people were used to working remotely, and places likes Queenstown were appearing very attractive — he even had a London-based company looking to relocate to the new hub.

The Finance Minister was speaking ahead of an Institute of Directors Otago Southland Branch event at the Sofitel Hotel.

"It’s designed to draw entrepreneurs and innovators here, to have a base, because we know people want to be here" I'm not sure how this govt supports any entrpreneurs especially those in Queenstown. Seems like this will be an organistion that will impose a specific ideology on anyone with entreprenerial spirit hoping to start an 'independent' business.

Where's your evidence of imposing "a specific ideology on anyone with entreprenerial spirit (sic)"???
What a bizarre statement. It reads like one of those conspiracy theories that sadly have flourished since Covid.