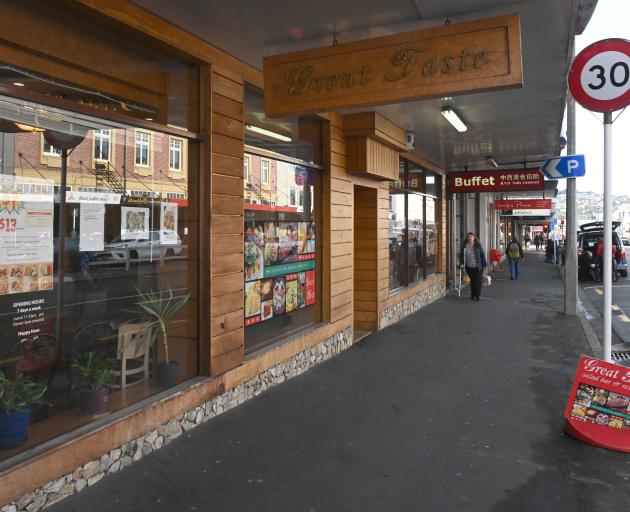 Photo: Linda Robertson
A Dunedin restaurant that admits it sold alcohol without a licence has applied for permission to do so legitimately.

However, the district licensing inspector has recommended the application by Great Taste Ltd for temporary authority to sell liquor be rejected.

‘‘It is my view that the applicant is clearly unsuitable to hold a licence,’’ licensing inspector Tony Mole told a district licensing committee hearing yesterday.

The proceedings were relayed through an interpreter to Great Taste director Deqin Wang, who told the hearing she forgot to do what was necessary to sell liquor after taking over the Great Taste Buffet Restaurant in St Andrew St in November last year.

The inspector did not know about the change of ownership until May this year.

Temporary authority to sell alcohol is needed when an on-licence premises changes ownership, to give the new proprietor up to three months to prepare a full on-licence application.

Ms Wang told yesterday’s hearing she did not initially get in her application for temporary authority because she forgot, amid other paperwork associated with taking over the business.

She had, however, had a previous connection with the same process.

Ms Wang was part of a partnership with Junlin Li (also a Great Taste shareholder) and they obtained temporary authority for KwangChow Cuisine, in Stuart St, Dunedin, in 2015.

In her report for the hearing, Ms Morrison said Great Taste owned the Zoo Cafe at St Clair and this cafe had not been correctly registered as a food supplier, either.

The problems concerning food registration had since been resolved.

Ms Wang’s friend Sam Cheng — listed as manager of the St Andrew St business in the application, and son of the previous owner — was asked by Mr Mole if he had been negligent concerning communication about the pending sale.

Mr Cheng said he had not been involved in the sale transaction.

The district licensing committee is expected to decide on the temporary authority by the end of the month.

In business pay your tax.