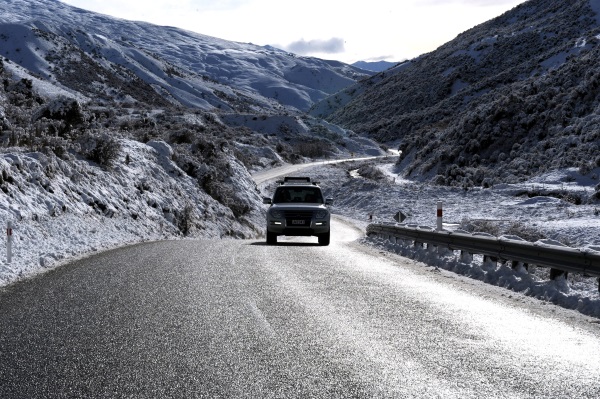 A big reduction in subsidy signalled by the NZ Transport Agency six or seven years ago takes effect this financial year.

But a council spokesman says this year the council’s net operating costs for the Crown Range Rd are budgeted at $620,849 — to be covered by rates.

The increase is due to NZTA’s decision to reduce its 90% funding for maintenance of ‘‘special purpose roads’’ — such as the Crown Range and Glenorchy roads — to the 51% it contributes to ‘‘standard local roads’’.

The Crown Range Road is defined as the stretch from Eastbourne Rd, on the Queenstown side, to Cardrona on the Wanaka side.

A council spokesman tells Mountain Scene the maintenance issues with the Crown Range are similar to the rest of the roading network, with resurfacing required about every 10 to 15 years.

"Given its altitude, winter maintenance (gritting, spraying de-icing agent, and clearing snow and grit) costs more on the Crown Range Road than most roads in the network.

"As part of routine resurfacing, the rest of the asphalt over the summit that was not replaced this year will require replacing in the next three to five years."

Asked if the council had considered pushing for the road to become a state highway, the spokesman says that’s an option that has been discussed.

"There are benefits and disadvantages.

"As a local road, QLDC would have more say over the level of service, but at a financial cost."

What about using the principles of budgeting. I.e. if you want to add something then you have to remove something to stay within budget.

Otherwise it's not a budget but a magic money tree.

Vote them out if the can't budget.

Um, aren't our car rego and fuel costs, supposed to be helping pay for our roads?

Yes they are, but politicians everywhere seem to conveniently forget that.