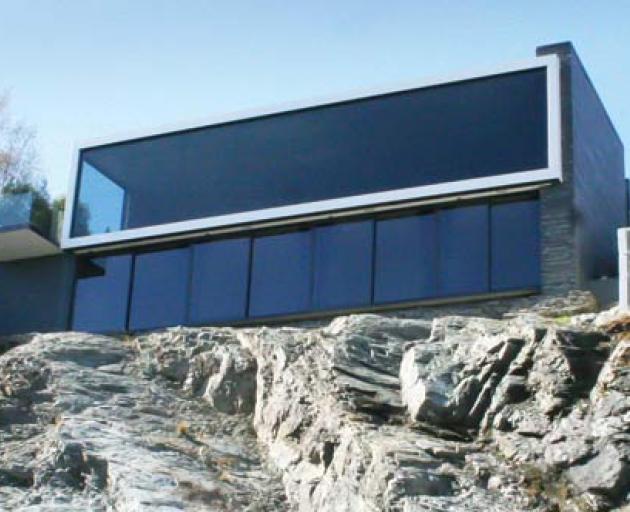 The ‘plasma house’, named for its 15-metre wide landscape window, has just been listed with Auckland’s Wall Real Estate, which brokered its sale to American dotcom billionaire Peter Thiel 10 years ago.

Though countless local properties have at least doubled in price since 2011, Wall Real Estate’s Ollie Wall’s not sure that’ll apply in this case.

"I think when we first sold it, it was such a unique thing to have a super-high-quality, modern home sitting up on the hill, and there’s probably more of them [now].

"It comes down to [the vendor] being realistic, they’re not just trying to make a whole lot of money out of it."

Asked why the vendor’s selling, Wall says: "They live overseas, and it’s not obviously quite as easy to just pop down whenever you please now."

He raves about the view from inside: "I honestly think it’s the best view I’ve ever seen from a house.

"That massive glass just sucks you out towards the lake."

Though built about 2005, Wall says its interior’s "essentially brand new" following structural repairs after a major fire five years ago.

Prominent American billionaire Ptere Thiel's put his Queenstown home on the market. Photo: Supplied
However, he quips the ‘plasma’ label ages it a bit.

"A plasma screen was what we all wanted on our walls, that’s kind of an old-school thing now."

The house was built for former local developer Rod Nielsen, designed by Queenstown architect Marc Scaife and built by Naylor Love, which craned in 375kg window panes from the road below.

Scaife says the house is "quite an amazing feat of engineering".

"It is a little bit austere, perhaps, being such a very strong form, but that’s what Rod wanted.

"He wanted it to be this eye-catching piece of modern sculpture."

The exterior features Exotec panels and 18 tonnes of Swiss granite, veneer panelling inside’s from Australia and bathroom fixtures are from Italy.

It’s currently rented as a holiday home for $1600 a night, for a minimum of three nights.

Sadly, 99% of us mere mortals, would need to win Powerball in order to afford such luxury..