The Black Caps’ cricket tour of Pakistan has been cancelled because of a security threat. 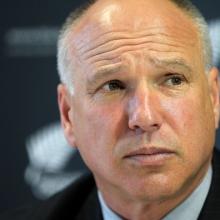 New Zealand Cricket CEO David White. Photo: ODT files
The first of three ODI clashes was meant to begin at 9.30pm yesterday, but the players never made it to the ground at Rawalpindi, being told to stay inside their rooms. Fans were also not allowed into the ground.

The series was set to be New Zealand’s first in Pakistan since 2003, with five Twenty20s planned to follow the three one-day matches.

The team had not toured Pakistan since 2003 due to security concerns in the country.

‘‘Following an escalation in the New Zealand Government threat levels for Pakistan, and advice from NZC security advisers on the ground, it has been decided the Black Caps will not continue with the tour,’’ New Zealand Cricket said in a statement. 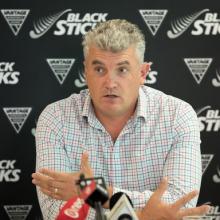 Heath Mills. Photo: RNZ
‘‘Arrangements are now being made for the team’s departure.’’

‘‘I understand this will be a blow for the PCB, who have been wonderful hosts, but player safety is paramount and we believe this is the only responsible option.’’

‘‘We’ve been across this process throughout and are fully supportive of the decision,’’ he said.

‘‘The players are in good hands; they’re safe — and everyone’s acting in their best interests.’’

The Pakistan Cricket Board released a statement saying that ‘‘no security threat of any kind exists for the visiting team’’, with Pakistan Prime Minister and former cricket great Imran Khan having spoken to New Zealand Prime Minister Jacinda Ardern to reassure her.

‘‘Earlier today, New Zealand Cricket informed us they had been alerted to some security alert and have unilaterally decided to postpone the series,’’ the PCB said.

‘‘Pakistan Cricket Board and Pakistan Government made foolproof security arrangements for all visiting teams. We have assured New Zealand Cricket of the same. The Pakistan Prime Minister spoke personally to the Prime Minister of New Zealand and informed her that we have one of the best intelligence systems in the world and that no security threat of any kind exists for the visiting team.

The PCB said security officials with the New Zealand team had been satisfied with security arrangements made by the Pakistan Government throughout their stay.

‘‘PCB is willing to continue the scheduled matches. However, cricket lovers in Pakistan and around the world will be disappointed by this last-minute withdrawal.’’ — The New Zealand Herald

Tough. There's a perceived association with Afghan situation, which is unfair, but goodbye.

The security decision belongs to the NZ government NOT the NZ Cricket board. The Government cancelled the tour of Pakistan. " 'According to Pakistan Interior Minister Sheikh Rashid Ahmed, Ardern told Khan the cricketers could be attacked outside the stadium.'
Ahmed said he had no information about a security threat against the New Zealanders, and backed Khan at a news conference.
'He told her that the law and order situation is the best in our country and we give a guarantee that there is no security problem here, there is no security threat,' Ahmed said.
'But the prime minister of New Zealand said that the issue is not the threat but we have such information that when the team goes out it can come under some attack, so they have unilaterally cancelled their tour.'" NZ HERALD https://www.nzherald.co.nz/sport/cricket-black-caps-tour-of-pakistan-aba...

The PM is on to it, always.