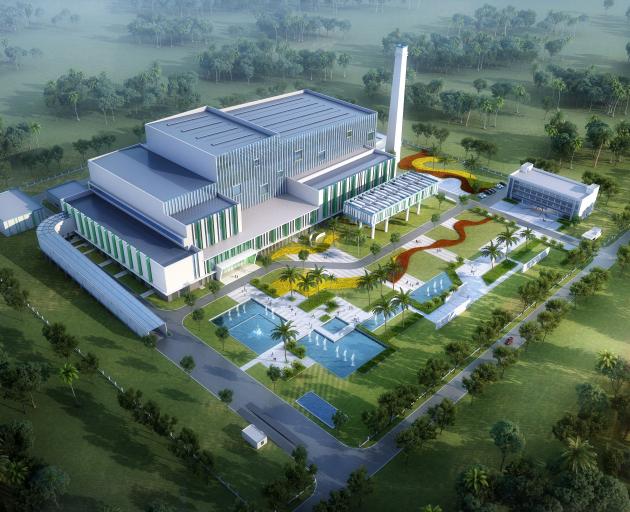 An artist’s impression of what a new $350million waste-to-energy plant in the Waimate district could look like. IMAGE: SUPPLIED
New Zealand has a landfill crisis and is ready for waste-to-energy technology, the man behind a plan to build a multimillion-dollar energy plant near Waimate says. 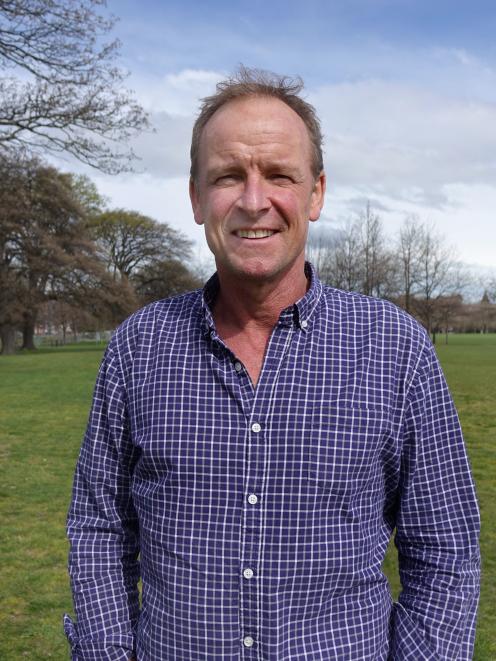 Paul Taylor
The South Canterbury town is being considered as a possible site for a new $350million plant that generates energy from waste.

Director Paul Taylor said Waimate was well-placed between Dunedin and Christchurch, and the potential sites were close to the national grid and the railway network.

SIRRL had been in contact with councils in the South Island about the proposed plant, and had been approached by several large companies seeking new ways to dispose of their waste and reduce their carbon footprint.

"So it’s not just councils, in terms of waste supply," Mr Taylor said.

The plant could convert 350,000tonnes of waste into renewable energy each year, by burning rubbish to create steam which would then be fed through a turbine to produce electricity.

Waste materials delivered to the plant would be contained in a negative pressure bunker, and all emissions from the processing would meet strict air quality and noise standards.

Ash produced in the conversion process could be used in construction materials and roading, "so it’s further cycled into the economy", he said.

"There will be no visible air discharges emitted from the plant into the atmosphere other than non-toxic condensing water vapour.

"Steam produced within the plant is converted into electricity and delivered to local industries as well as to the national grid.

"The bottom line here is, we have to get a resource consent, and the RMA has very stringent controls. Ultimately, they’ll be the gatekeepers for whatever we do, and we will be completely transparent with that, in terms of real-time monitoring of the emissions."

The company’s focus was diverting waste from landfill — not recycling, he said.

"The proposed plant can run alongside New Zealand’s essential waste minimisation and recycling efforts and, at the same time, produce renewable energy to benefit the local economy."

Community drop-in sessions were held at the Waimate Event Centre this week to answer questions about the plans, and it was planned to hold a public meeting before lodging resource consents with Environment Canterbury and the Waimate District Council.

Mr Taylor understood the Waimate community would have questions and could have concerns about the development.

In the construction phase, the plant would create work for more than 300 people and about 100 jobs would be created at the plant when it was operational.

SIRRL wanted to involve the community in the design of the plant, Mr Taylor said.

Waimate Mayor Craig Rowley said it was an exciting proposal for the district.

"This would include new employment opportunities and is yet another example of the district’s appeal to commercial operators," Mr Rowley said.

"This initiative has yet to go through the required consenting process, but we know the growth these major enterprises can create — and that’s a big positive for the Waimate district."

Much of what you suggest has merit. However, such a plant would reduce many of the problem of waste. To do nothing is to continue with a system that is burning all of out]r waste till we run out of places to bury it.

A well constructed plant can seriously reduce the waste that has to be disposed in other ways with the bonus of energy being produced.

I also disagree with some of your assertions out right. Zero waste is a delusional dream as people are generally too lazy to embrace what it takes. It works with recycling quite well so as recycling works only if it is easy and confident which councils are working hard to achieve.

On a cost benefit basis it is an improvement. Just like electric cars (still quite wasteful) are an improvement over petrol cars.

Let’s move forward rather than bury our heads in the sand.

Thank you for your reply. The fact is I know very little about waste to energy which is why on reading this article I googled it for more info and quickly came across a report done on the subject by "ecocycle". What I wrote is from their report. Hopefully the ODT will bring more balance to the subject in the future. Personally I still don't feel I know enough to have an opinion on the subject. More info on the subject can be found here https://zerowaste.co.nz/waste-to-energy-incineration/

Finally some sense to the waste issue!
I have spoken to the DCC several times about a waste energy plant located along our under utilised railway line. Dunedin could have also generated income by converting waste from the northern and southern ends of the south island. The DCC have always had a yeah, nah response. It looks like Dunedin has missed an opportunity, but good on Waimate, I really hope this happens.

Sounds like a bloody good solution to get green energy and sort the waste problem.

Sweden have been successfully doing this for ages, good for us to follow suit. Much better than burning coal for energy production.

I am concerned about the burning process. With all mitigation I would expect there still would be an increase in heavy metals and other by products which are not the best idea in a dairy farming area. Taking the bigger picture I think the benefit of a few jobs is by far outweighed by the potential damage to our clean and green image.
If we are going to burn waste then I strongly believe this should be done at the source of the waste. I would expect the city dwellers would find this unacceptable due to the reduced air quality caused by combustion by products.