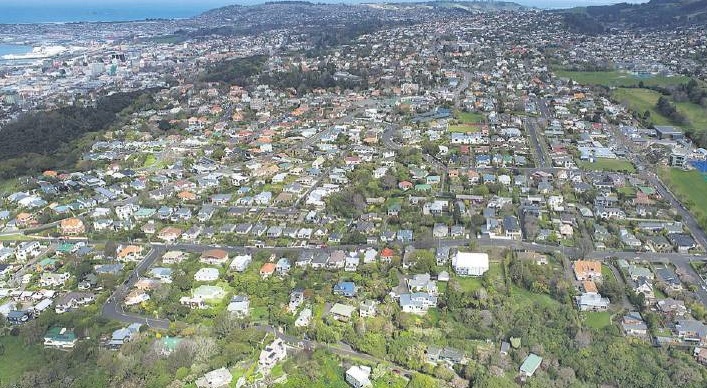 Both Maori Hill and East Taieri cracked the million-dollar mark as median prices for suburbs across the city were an average of 20% higher than the corresponding period in 2020.

The soaring figures were revealed in a report released by property data and analytics company CoreLogic, which compared median sale prices on September 1, 2021, with those on the corresponding day in 2020.

At the other end of the table, South Dunedin was the cheapest suburb, showing a median price of $445,800. 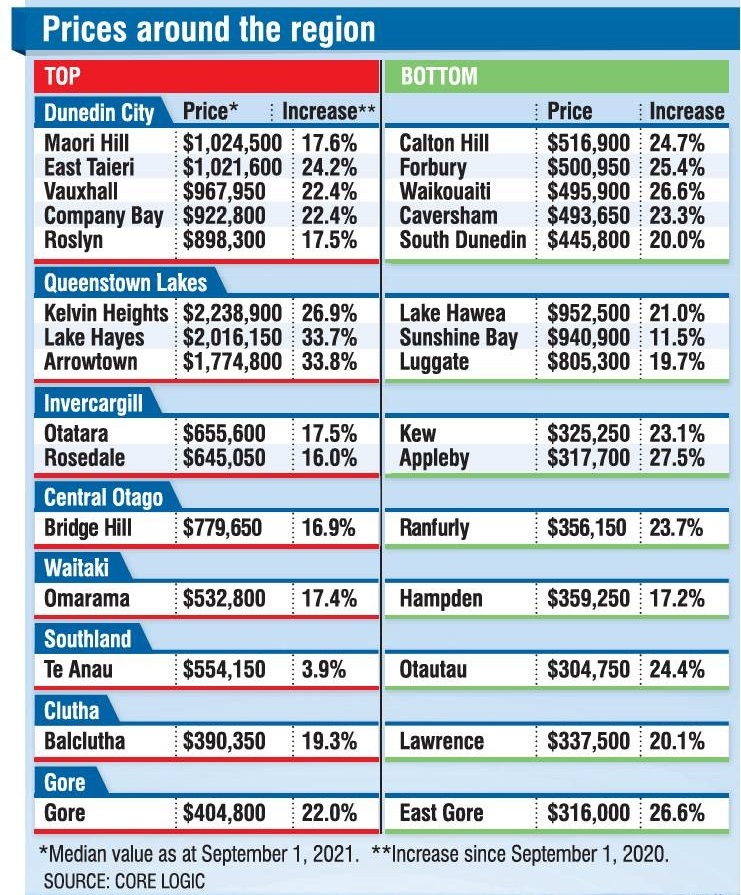 Prices were up across the southern region, the Queenstown Lakes district continuing to sport some of the most expensive houses in the country.

Only three areas in the district had median house prices below $1 million. Luggate was the cheapest, at $805,300.

It was a different story in the Southland district.

While Te Anau may have been the most expensive place for properties in the district, it had the lowest price growth in the entire country, both by percentage and in dollar terms.

There were only eight suburbs from the 983 included in the national report with growth of less than 10%, and Te Anau was the only one below 5%.

Otautau, in Southland, had the cheapest houses anywhere south of the Waitaki River, at $304,750.

However Appleby also posted the largest growth in the city, prices in the south Invercargill suburb ballooning 27.5%.

Looks like that RBNZ/Government Long term Asset Purchase facility ($100 billion of money printing from thin air) and low interest rates have done wonders! Only our kids/grandkids can not get on the property ladder without becoming life-long debt slaves to the banks.

Wait till ALK dose another few months in LD and the amount of them selling up and heading Sth will be insane.
They will want freedom and also free up the capital value in their house to live a better life in a free hold house in a better area and not spending a great deal of their time in LD or in a car. Most of them already have friends and family who have already made the jump telling them of the great lifestyle gown here. Dunedin is set to explode in house prices and population growth.
Hold onto your steak and cheese, this is going to be parabolic!

I'd say if the borders stay restricted a lot of Queenstown business folk may also cash in and relocate east. An older 1950s brick home on a quarter acre in one of Mosgiels original central urban streets is set to got to auction next week with a selling estmate of $800k.....Yikes!

Insanity, Dunedin barely has the infrastructure to deal with the current traffic volumes and a climate that discourages the use of more environmentally friendly modes of transport. If it weren't for the closed borders even more Kiwis would be moving to Australia