Current plans for the $1.47 billion facility include 250 dedicated parks, a figure long criticised by many as inadequate. 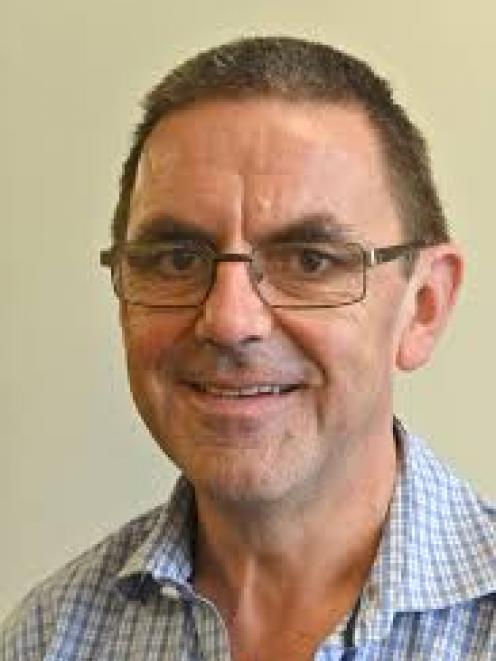 Chris Fleming. Photo: ODT files
The Southern District Health Board has heeded that call and will look for partners to invest in the development of a parking building.

Chief executive Chris Fleming said the facility would be for staff, patients and visitors.

‘‘Many hospital users require convenient parking, and we are pleased to be developing a solution for those people.’’

Exactly where the building will be, and what size, are yet to be decided.

There is a substantial amount of available land earmarked for future development on the blocks allocated for both the inpatient and outpatient buildings, and the SDHB also owns a parcel of land on Castle St which is already being used for parking.

Hospital planners had previously considered building below-ground parking in one or other of the planned new twin hospital buildings, but eventually ruled it out as not financially feasible due to flooding and soil contamination issues.

‘‘The additional new parking facility will meet the accessibility needs of many hospital users, and support the development of the health precinct,’’ Mr Fleming said.

The existing hospital has about 250 parks, a figure both staff and patients have decried as being insufficient for people with limited mobility to get into the buildings, or to provide safe parking for staff working night shifts.

Parking was also a vexed subject in the recent redevelopment of Christchurch Hospital, and in September last year the Government committed $14.25 million towards adding two storeys to an existing 238-space parking building and as a development contribution towards building a 450-park new facility in a joint venture with Ngai Tahu.

Mr Fleming said the proposed car park would support the travel and access of hospital users around the city.

The SDHB and the Dunedin City Council had developed a travel plan, which was intended to reduce road congestion.

The board and Ministry of Health are predicting that the use of telehealth, which increased markedly during the first Covid-19 Alert Level 4 lockdown, will continue to rise, a belief which has influenced both the plans for the hospital development and the expected demand for car parking.

‘‘The new hospital will also support flexible working, empowering those who can work off site without service disruption to do so,’’ Mr Fleming said.

‘‘We expect this will translate into reduced pressure on the roading network around the hospital during peak times.’’

Now that wasn't too hard, was it?!!
The space is there, the need is there now - today and tomorrow.
Who knows what the future will bring, certainly not our city planners as is evident by the 2GP, 2GP+ and additional government directives to increase city density!
Sometime in the future we might not need so many car spaces so let's make sure the structure can be converted for other uses. Keep the floors level. Provide elevator access. Connect it to the new hospital. Provide good access to the rest of the city.
Most of all, keep the stargazing political types and the crystal ball mystics away from determining what is needed.

Just copy the one at Waikato Hospital, it's not rocket science. It's exactly cases like this that demonstrate why the public have little confidence in any projects, especially those costing millions of dollars.
You've got to ask yourself, what sort of a modern functioning hospital would it be without adequate parking for its most vulnerable residents. Why is it, that so far down the planning track, we finally get some purposed parking? Whoever is in charge of the fiasco needs a swift size 11 up the jacksey, or at least a 50% cut in salary based on poor performance. The 'stick in the mud' attitude has been appalling. There wouldn't be ONE modern hospital on the planet that does not have adequate parking, what on earth were the planners thinking? This fact was OBVIOUS! But hey, at least they have finally seen sense from a senseless planning objective!