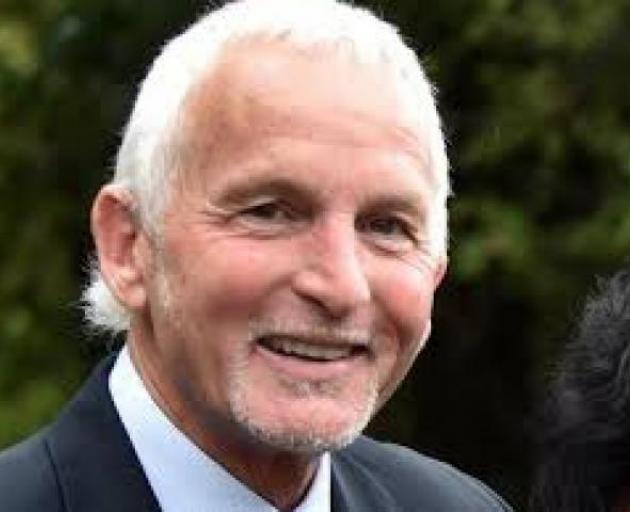 Michael Laws: "The ORC doesn’t have a treaty partnership, the Treaty of Waitangi is between the Crown and Maori people, that’s the law." Photo: ODT files
The Otago Regional Council and local iwi are not just in a relationship, they are partners, the council says.

That nature of the relationship was affirmed by councillors this week, but only after they became embroiled in a lengthy, "petty" debate over how to describe the council’s alliance with iwi this week.

The council voted to expand membership in its mana to mana forum with Otago’s four local Ngai Tahu runanga to all 12 councillors.

It noted updated terms of reference for the forum. But whether there was rightly a "partnership" between the council and iwi became a point of debate. 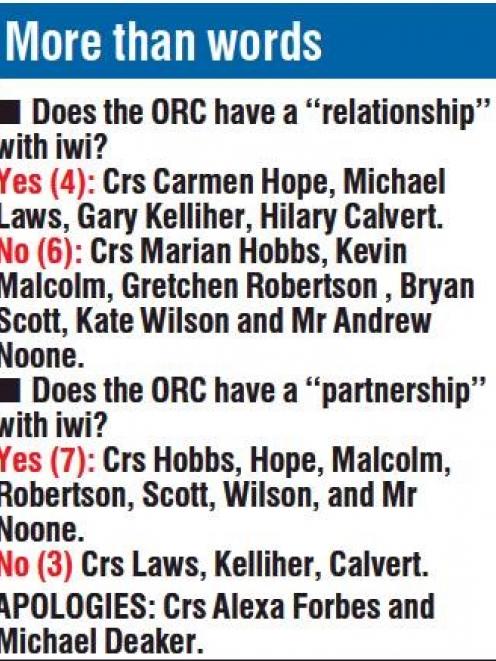 Council deputy chairman Michael Laws took issue with a staff recommendation that councillors reaffirm their commitment to the council’s "partnership" with iwi, and the Treaty of Waitangi.

The terms of reference for the mana to mana forum rightly made no mention of a partnership, Cr Laws said.

The word the document used, which he preferred, was a "relationship".

There was an important difference between them as any husband or wife would know, he said.

If the council was going to use the term "partnership" it had better define it, he said.

"The ORC doesn’t have a treaty partnership, the Treaty of Waitangi is between the Crown and Maori people, that’s the law.

"There isn’t a separate law that says the Otago Regional Council is a treaty partner. It ain’t, the Crown is. That’s just public law 101."

Cr Hilary Calvert said if none of the councillors wanted to "die in a ditch over putting ‘partnership’ in there" instead the word "relationship" could be used.

Cr Calvert said she was not questioning the significance of the Treaty, nor the relationship with iwi.

But for some people the term "partnership" had a sense that made them uncomfortable, she said.

"For me relationship is a much bigger word."

What followed was a 40-minute debate. At one point, council chairman Andrew Noone told Cr Laws to lower his voice.

Council chief executive Sarah Gardner weighed in on the debate, so did governance, culture and customer general manager Amanda Vercoe.

Mr Noone said the council was working on an improving two-way relationship with iwi partners.

He was disappointed that at the end of a long process the council got picky about one word in a recommendation.

"I struggle. What sort of message does this send when we are actually trying to strengthen the relationship.

"I really think that’s relatively petty in the overall concept of what we are trying to develop here."

Cr Bryan Scott agreed with the term petty and went further to call the debate "grandstanding".

"To me what this whole discussion has been about is some type of erosion of the benchmark of partnership."

Cr Calvert lost her bid to use the term relationship in a 6-4 vote.

CRS Laws and Calvert are correct. The most important part of an agreement are the words used to describe it. Relationship and Partnership are very different. Some councillors and ORC executives seem to believe they are the Crown - they are not. The only reason ORC (which is an entity elected by the people of Otago) has anything to do with Iwi is because it is required to do so by government legislation and the Crown's administration of the Treaty of Waitangi. There are no similar requirements for our Pacific or Asian communities with whom ORC has no relationship or partnership other than their duty to them as ratepayers. I wonder how much this ludicrous meeting cost ratepayers? I also wonder what councils executives are doing to have allowed this situation to arise? They clearly have no understanding of common law or the place held by ORC within New Zealand’s government structure. Councillors need to take some responsibility and employ people who know what they are doing.

The Treaty of Waitangi sets out a partnership pathway to governance in New Zealand - there doesnt need to be legislation to determine whether iwi should be part of that - it is already laid out.

Petty squabbling and grandstanding sounds about right, while in the meantime they ignore the deaths of the people who they claim to represent - people in Otago are dying from preventable pollution!

As reported in the the Guardian, Australian researchers estimated that the air pollution from wood heating in Armidale, a city of about 25,000 people, was responsible for up to 14 early deaths each year, an annual health cost of between A$5000 and A$11,000 for each wood-burning home. A similar study in Tasmania valued the annual health harm at about A$4,200 for every wood-burning home.

The problem is solvable. Stopping burning wood works for health. An earlier programme in Launceston, Tasmania, incentivised homeowners to switch from wood heating. It reduced wintertime respiratory deaths by 28% and heart deaths by 20%.

"Council chief executive Sarah Gardner weighed in on the debate, so did governance, culture and customer general manager Amanda Vercoe."

It's worth perhaps reminding the members of this Council just who is and who is not a member of it. The two individuals mentioned here are not members of the Council, and it would be very interesting to know more detail on the circumstances that they 'weighed in' on. Formally, such extraneous individuals are 'in attendance'. Typically they have no speaking rights in debates at such meetings, unless they are specifically invited to do so by the Chair. This is not the impression given by the term 'weighing in'.

It's not just the local Iwi that this Council has member/partner definition issues with when it comes to making decisions and doing its job - it's the management too. All over the country the Council CEOs' relationships with those they are supposed to take instructions from is getting far too 'partnery' for my liking. This executive 'weighing in' when presented with opposition on Counci to a pre-digested decision that said executives have presented to them is typical.

Another COC for Councillor Laws?

Gardener and Vercoe should not be interfering in a political process for which they have no authority. The fact that the Council is allowing these “hired hands “ to interfere in the political process is an indictment of Council and demonstrates their lack of understanding of governance. This is manifest in much of what many Councils do, superficially decisions appear to be made by Councillors but in reality they are made through the interference and influence of staff. Many councillors do not have the legal or technical skills to do their jobs competently so do what they are told by staff. This type of behaviour can have a significant effect on decision making processes such as deciding resource consent applications and the writing of plans. Much of the decision making process is a sham that makes a nonsense of so called democracy. Unfortunately if this is combined with staff driven by their own agendas and egos we have the recipe for disaster.