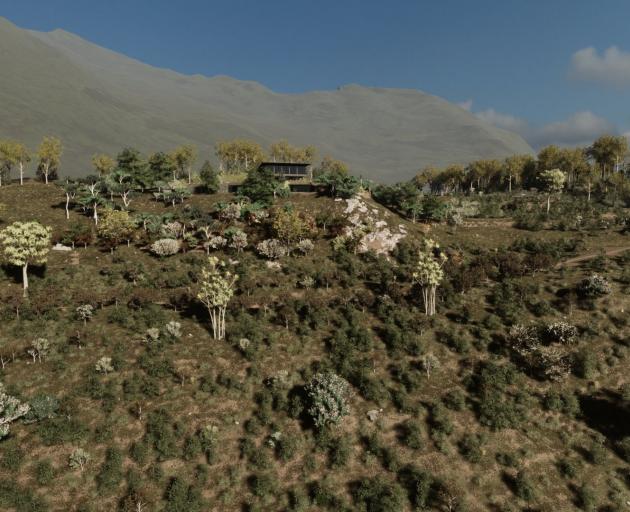 An artist's impression of the proposed subterranean house. IMAGE: SUPPLIED/SORTED ARCHITECTURE
A $20 million mostly subterranean home, The Sanctuary, has been designed to replace a mansion on a prime Wanaka site. Marjorie Cook reports on what could be Wanaka’s biggest house.

A Wanaka property owner’s proposal to bulldoze a two-storey mansion and replace it with something three times bigger but mostly subterranean is causing conniptions with the neighbours.

Sorted Architecture principal Steve Humpherson designed both the 650sqm house destined for destruction — it was commissioned and built by aviation identity Ray Hanna for about $1 million in 1999 — and the Nature Preservation Trust’s proposed $20 million, 2008sqm replacement.

The new house is opposed by the Upper Clutha Environmental Society and three neighbours.

In written submissions to the Queenstown Lakes District Council they say the new house and related earthworks are inappropriate for the outstanding natural landscape.

UCES spokesman Julian Haworth said significantly adverse effects could be avoided if the owner just lived in the Hanna house.

The trust’s sole trustee is Wanaka lawyer Janice Hughes, who cannot release her client’s name to the Otago Daily Times.

It is understood the family, formerly from overseas, are New Zealand residents.

The new house would be 68% underground. The trust’s vision is to restore the habitat on the 7.6ha site. About 4000 trees have been planted.

The Hanna house was one of the first mansions along what has become a sort of "embassy row" on the western edge of town.

It was built in the Central Otago vernacular of schist and cedar shingle cladding, green colour-steel roof and recycled bridge beams.

Wanaka’s western boundary is governed by restrictive planning rules. Houses must be reasonably difficult to see. 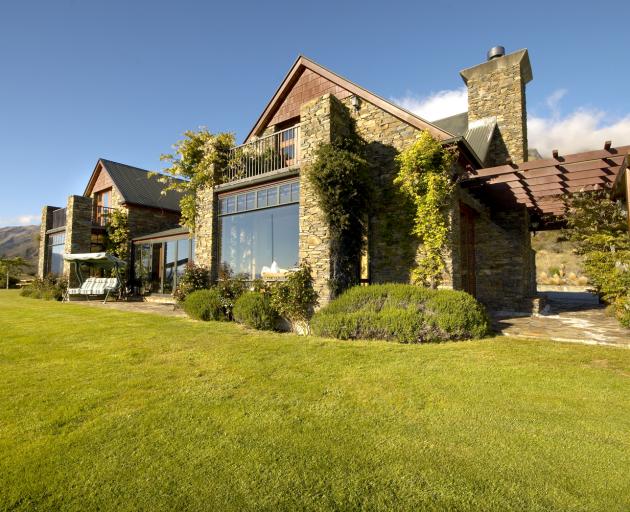 The Hanna house, as it appeared in 2007. PHOTO: SUPPLIED
Mr Hanna got non-notified consent, under the district plan rules in force in the late 1990s.

"It was a great project. It got me started on designing with Central Otago stone and big old bridge beams. I have done a few of those now," Mr Humpherson said.

The house sold several times after Mr Hanna died in 2005.

The new house would have six bedrooms, two kitchens, multiple lounges, a gym, a library, a lift and an 18-m long swimming pool. There would also be a 449sq m implement shed.

Mr Haworth said the development would be 14 times bigger than his own three-bedroom house.

Mr Humpherson agreed the size was "way up there for Wanaka" but could not confirm if 2008sqm would be Wanaka’s biggest.

Planning documents reveal a 1194sqm house has been built on Roy’s Peninsula.

Mr Humpherson estimated the new house could cost about $10,000 per square metre to build, because of the size, quality of finish, joinery details and mechanics involved.

He had never designed a house quite like it, he said.

The upper floor cladding would include custom glass and reinforced concrete facade panels with a 3-D face to the southern side, creating shadows to soften the visual effect.

The above-ground visual component would be about half the Hanna house’s. 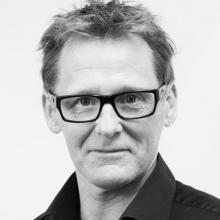 "It’s been a great experience. The client has been pretty hands on too. We’ve spent many hours in my office doing different layouts and designs. It’s evolved ... He didn’t ask me for a 2000sq m home. That’s just evolved from our discussions."

It is the second consent application for the trust.

In 2019 the council granted a non-notified consent.

But Trilane Industries Ltd, the owner of the neighbouring Whare Kea Lodge, was concerned about significant effects during construction and sought a High Court judicial review.

Judge Rachel Dunningham ruled the council should have considered both temporary and permanent adverse visual effects. The consent was declared null and void.

The plans and earthworks were amended and the trust reapplied for non-notified consent in June 2021.

But in November, independent commissioner Wendy Baker decided it should be notified.

Trilane still has concerns about significant effects and has opposed again.

The other opposers, Garth and Andrea Hogan and Andrew and Joanne Todd, said the Hanna house fitted the landscape better, because of recessive colours and materials.

Mr Humpherson was unfazed about reaction to his designs.

"You are always going to get critics. It is good. Otherwise, life would be quite boring."

Well thats a planned Bunker ! Are they aware of something coming that we arent ? Certainly highlights the gap between those who have it all...and the rest. Canyon- like !

That is just plain greed. Why would you need six bedrooms and several lounges. There are hundreds of people in New Zealand that do not even have a roof over their heads. Go and destroy the natural beauty in another country. You may a be New Zealand citizens, but you are not Kiwis by any stretch of the imagination. Go back to where you came from, we don't need your kind here.

Sorry Maggie ... but you're obviously not up with the play on NZ "Tiny Homes" ... this guy's obviously going to be sharing his accommodations with the homeless of the rich and famous, opening his guarded gates to all and sundry with a $500k "tiny home" ... or should that be spelt "tinny" home Ed ??

Tell us Maggie what makes a person a Kiwi? Roll of No. 8 wire in the shed? baked beans on toast for lunch? a wooden buzzy bee toy? a black singlet?

IF it's an approved site then what is the issue? Too many whiners.

The owners of Whare Kea, a massive blot on the natural landscape, are protesting someone else’s environmental impact? What a joke!