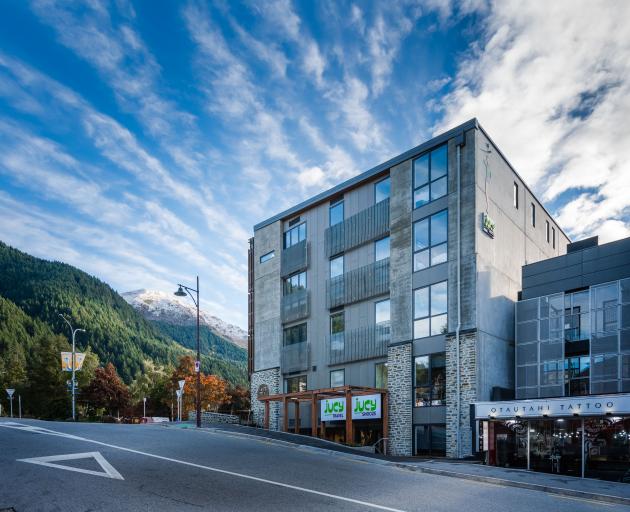 The 276-bed, five-storey Jucy Snooze hostel, on the corner of Camp and Memorial Sts, will officially open on Friday, but opened its doors for its first guests on April 6.

The development - first revealed in the Mountain Scene two years ago - uses the same "pod'' concept as the company's 282-bed hostel that opened next to Christchurch International Airport in 2016. 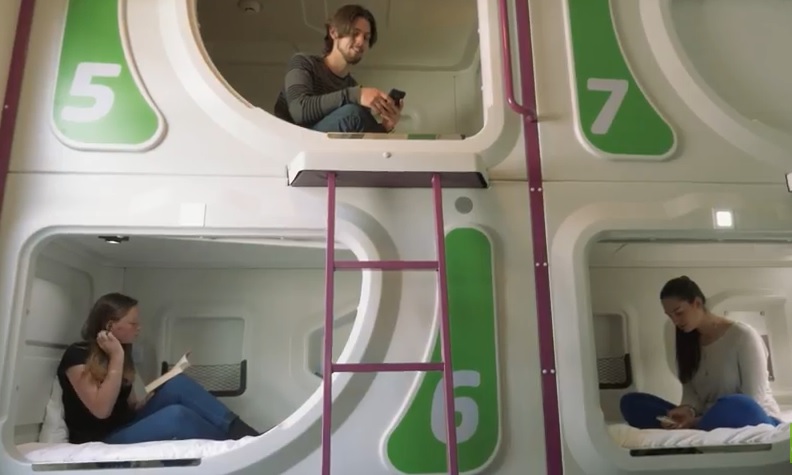 Jucy chief executive Tim Alpe said its expansion into Queenstown was designed to meet the needs of the "millennial traveller'', but could also help meet demand from short-term workers.

"The new hotel is centrally located, which cuts down on transport costs, and may make it more economical for workers wanting a short-term solution while looking for a room.''

The hostel includes a rooftop pizzeria and bar that is also open to the public.

Visitors can check-in themselves using a terminal in the lobby or a smartphone app, which can also be used to unlock their room. Each pod has a USB charger, climate control fan, lights, access to free Wi-Fi and a storage locker.

Most of the pod units are priced from $45 a night.

The hostel is employing about 30 local staff.

Unfortunately one of the most terrible looking buildings in town, and it's new! Looks more like a prison with the industrial walkways as cladding