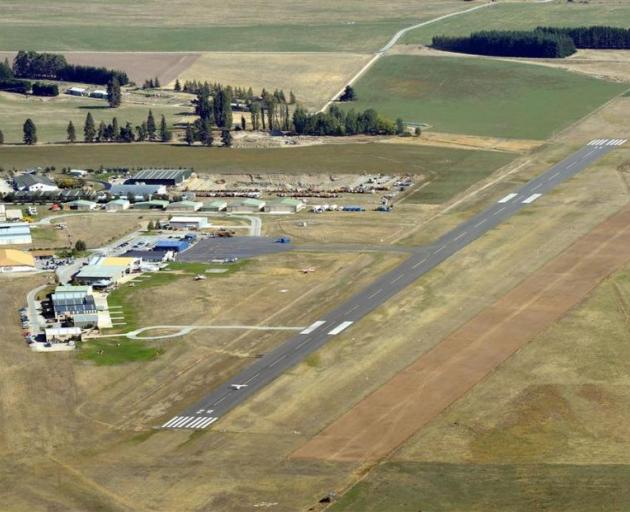 Wanaka Airport. Photo: ODT files
The Wanaka community has "limited ability" to stop its airport becoming a destination for passenger jets, even if it wants to.

That is the view of Queenstown Lakes District councillor and Wanaka Community Board chairman Quentin Smith, commenting on an Otago Daily Times report Air New Zealand would fly jets into the airport this summer if its infrastructure was up to scratch.

The council owns the airport but in March leased it for 100 years to the Queenstown Airport Corporation (QAC), which is now in charge of operations, planning and development.

Mr Smith said councillors now had no more knowledge of what was planned at the airport than the general public.

"I suppose one of the disadvantages with QAC managing the airport is that we don't have as much visibility of their corporate plans as we would have as a council-run airport."

He noted, however, QAC had made "a strong commitment" to consult the community over the airport's strategic direction. He believed QAC was "ready and motivated" to invest and he would not be surprised if it happened reasonably soon.

The infrastructure required for jets the size of Air New Zealand's Airbus A320, carrying 270 passengers, would include a major extension to the runway and the provision of such things as baggage-handling facilities, departure and arrival lounges, car parking and other transport links.

Asked if Wanaka wanted jets, Mr Smith said "I think it's very much a double-edged sword.

"It seems to fit with the strategic approach to a two-airport district that the QAC have promoted, but the social impact and noise impact on Wanaka as a community certainly has the potential to be unfavourable."

There was also likely to be an effect on recreational aviation.

Publicly, QAC has said only that expressions of interest from airlines like Air New Zealand was "encouraging" and any comment "around specific routes or business decisions to return to Wanaka" would need to come from Air New Zealand.

Deputy Mayor Calum Macleod said yesterday he was sure QAC would be "well aware" of Air New Zealand's intentions.

"We've all been saying that it's going to be a paradigm shift when the airport at Wanaka changes to accepting national and then international flights.

"It certainly will be a game-changer."

He believed the infrastructure to deal with jet aircraft would require millions of dollars of investment by QAC.

Cr MacLeod said a straw poll of Wanaka people would show the majority were "reasonably happy to be able to jump on a plane and fly to Christchurch or Auckland direct".

Yes we will consult listen and then do what we believe is commercially advantageous. The Wanaka town plan got chucked out the widow when big money talked same will happen here. If Air NZ have tracked more people wanting to go to Wanaka instead of Queenstown that's because it's not Queenstown. I know lets expand the airport and turn it into another Queenstown.