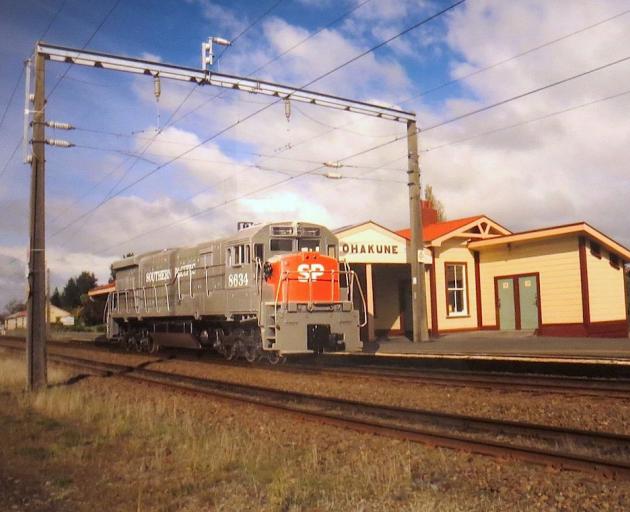 Mike O'Kane's work, at first glance, appears to be simple landscapes and townscapes, with classic vehicles in scenic locales. It is only on closer inspection that we discover that there is trickery at work; the images are photoshopped composites, and all the vehicles are toys. The works are lovingly created to produce feelings of cognitive dissonance. We know we are seeing real scenes, but we are also keenly aware that the cars, trains, and planes are miniature playthings.

We are faced with the mental dilemma of whether we are seeing giant toys against full-sized backdrops, or miniature tableaux where the backdrops have been reduced to model size.

The pieces are effective and show a distinct progression in O'Kane's art; previously he has just shown cars in this manner, but in this exhibition we get realistic railway and aerial scenes as well. The railway images in particular are excellently done, most notably those of a German tank engine steaming through Ravensbourne and a night passenger train crossing a Hawke's Bay river.

The aerial scenes add a sinister note by pointing out that the innocuous toys we play with as children are often models of war machines. The sight of fighter planes across idyllic New Zealand skies adds an unnerving and threatening air to these works. 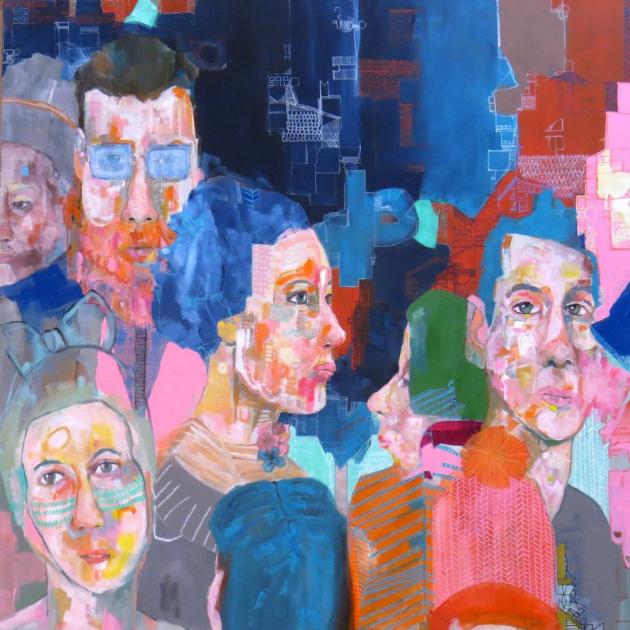 To be seen and not heard, by Kirsty Warman
‘‘Miscellanea’’, Kirsty Warman and Jane Shriffer (The Artist’s Room)

A joint exhibition by Kirsty Warman and Jane Shriffer is under way at The Artist's Room. The two sets of works complement each other well.

Warman's paintings are figurative, but the ghost of abstraction hides within her images. In her explorations of identity, she presents close-up portraits against suffused backgrounds. The figures appear to hide their true identities in arrays of constructed lines which form deliberately distracting details.

These are hints of the sitters' personalities, but we are forced to see what the subjects want us to see, mere masks. In the era of ``alternative facts'' we are presented with a false front, but one with clues in the details, with all the implications that has for attempts to pierce the rhetoric and discover the truth within.

Shriffer's paintings, in contrast, are deeply abstract. It is the mark-making which is the important focus of the works. Colour is instinctively added in thickly applied paint, the marks of brush and palette knife clearly visible as intrinsic features of the work.

The pale backdrops of Warman's portraits find their complement in Shriffer's deep glassy blues and greens. Though the works are purely abstract, the eye attempts to discern familiar landforms and features in the attractive, heavily worked surfaces. 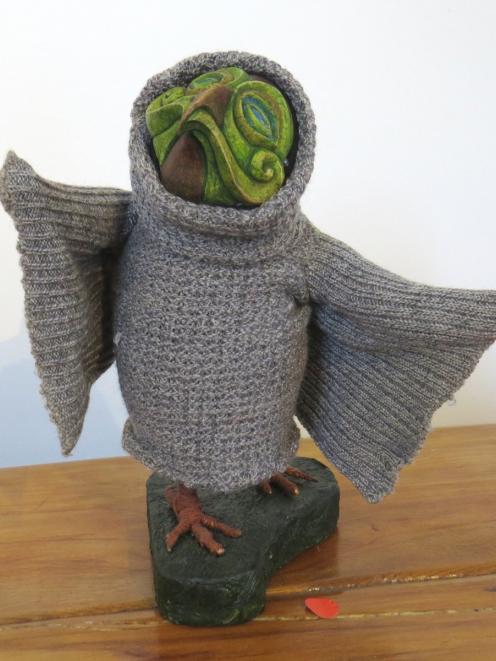 Myths and legends from around the world describe half-human, half-animal creatures, and these beasts pervade not only folklore but also traditional theatre.

In her exhibition at Gallery on Blueskin, Aahmes Quince explores these creatures, in particular drawing from Asian legend, in a series of delightful clay and fabric figures. In each piece, a face has been hand-sculpted out of terracotta, and then costumes have been added to suit the resulting visage, using cotton and materials such as paua shell and gilt. Quince is guided in her work by the forms as they emerge, rather than starting out with specific characters in mind and, as such, the pieces grow into their personalities as the work progresses.

Many of the figures in the exhibition form a series, ``Of this earth'', the creatures presented as wall-hangings, but with the essential characteristics of puppets. The snouted and beaked faces are enclosed within costumes reminiscent of far-eastern Russia or northern China, and each holds a golden ``seed of potential''.

The remaining figures are more whimsical in form, but are still very attractive works. Here, Japanese influence is more apparent, especially in the wizened form of Ojiisan/Grandfather. In these pieces, non-human nature is emphasised, with birdlike forms predominating.