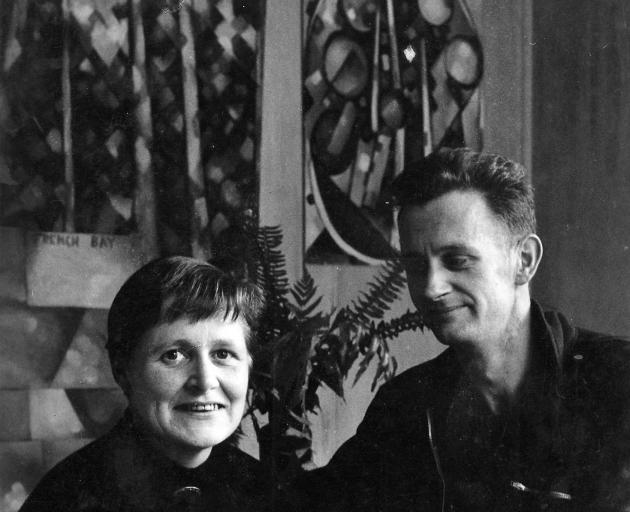 This is an accomplished and distinctly modern work, with its post-impressionistic brushwork and Cezanne-esque inclusion of two other paintings in its background.

Hamblett later married McCahon, making Poppies something of a dedication to Anne for the support she gave Colin during their lives together and whose opinion he greatly valued. 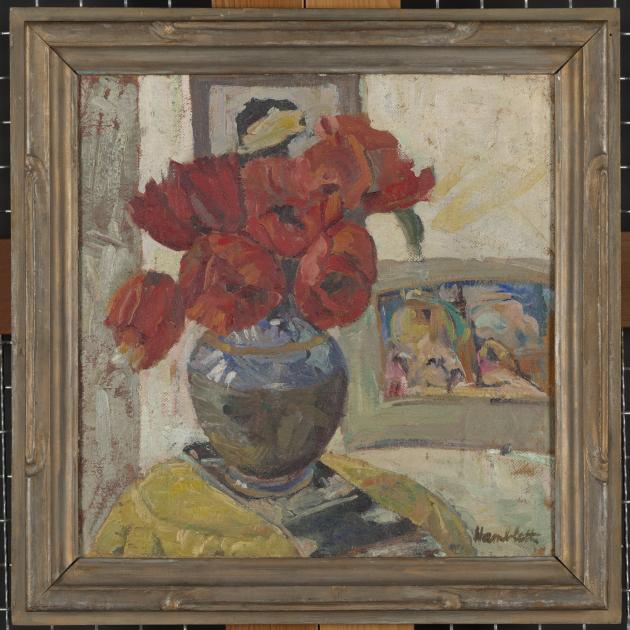 Poppies (c.1937), by Anne Hamblett
The Hocken is fortunate to care for a number of Hamblett artworks. The works are actually quite rare considering how many she exhibited in her brief painting career; it was partly from sales of artwork in these early years she was able to get by.

A sink-or-swim condition ran through the artistic and material livelihoods of the Hamblett-McCahon partnership. 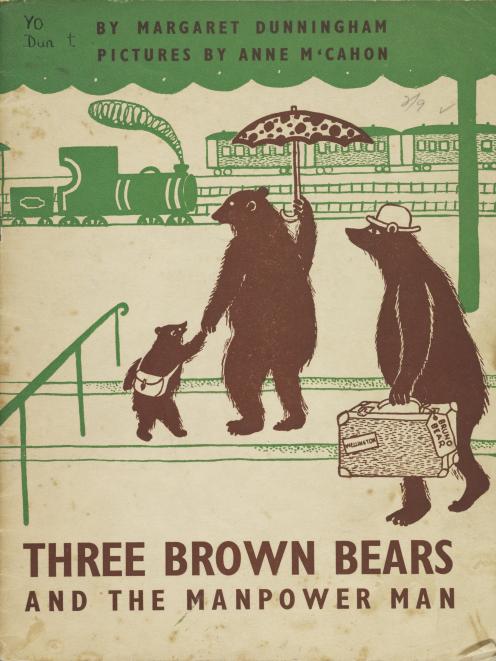 Three Brown Bears and the Manpower Man, by Margaret Dunningham, pictures by Anne McCahon. PHOTOS: MCCAHON FAMILY
Born in Mosgiel in 1915, Hamblett attended Otago Girls’ High School where she excelled at art. From 1934-1937, she studied at King Edward Technical College and won prizes for her work. During this time, she met McCahon, who was a younger student there.

After art school, she established an all-women’s studio on Moray Pl with her peers, including Doris Lusk (1916-1990). She and her community of artist friends participated in many favourably reviewed exhibitions at the Otago Art Society and the Dunedin and Wellington Sketch Clubs. Human figures don’t often feature in her paintings, belying how socially active her art practice was.

As well as the still-life genre, Hamblett also produced landscapes. She made trips to places such as Mapua, Pangatotara, Waimate, Cromwell and St Bathans either on holiday with friends or to earn money but these rural stays provided opportunities to make art as well, en plain air. One Hamblett landscape in the Hocken’s collection is the small, hand-coloured linocut Blue Lake, St Bathans (c.1939), delicately printed on tissue paper. 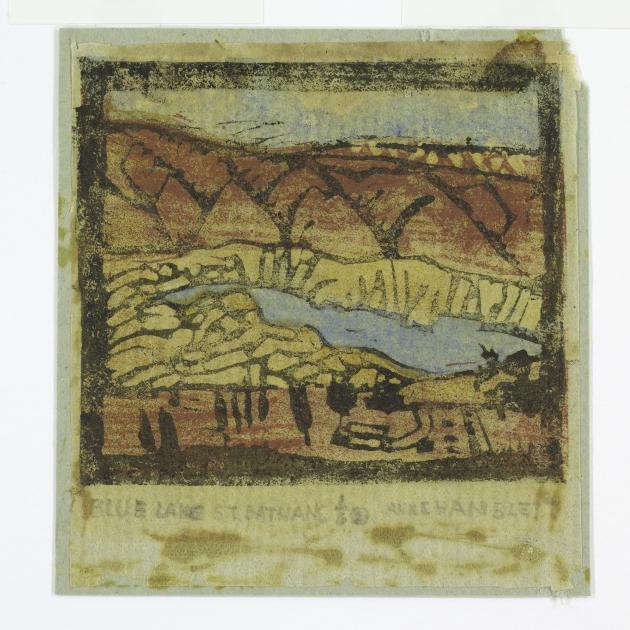 Blue Lake, St Bathans (c.1939), by Anne Hamblett
Hamblett and McCahon were married in 1942. Although having children coincided with the end of her painting practice (the first of the couple’s four children was born in 1943), she continued artistic pursuits. The Hocken cares for a small suite of her pen-drawn costume designs for a theatre production of Ibsen’s Peer Gynt performed in Christchurch in 1953 (for which Colin designed the set and lighting). The Hocken also holds copies of children’s books she illustrated. The charming pictures demonstrate Anne’s schooling in modernism, with their playful line work and flattened treatment of pattern. 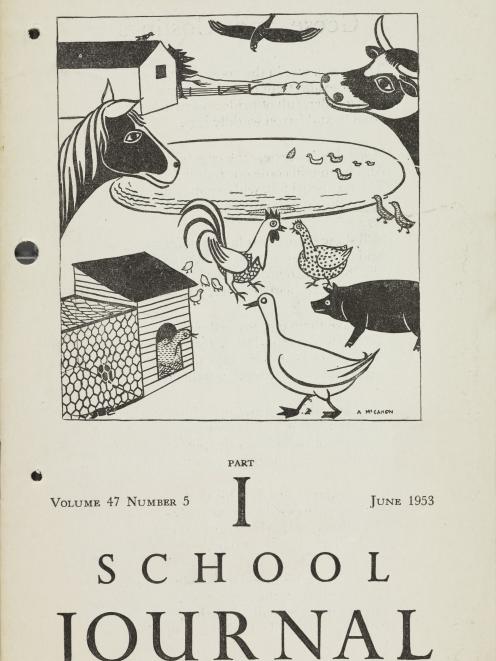 While A Constant Flow of Light makes plain Colin’s artistic curiosity, Anne possessed something similar. Although her energy was often focused on family life, aspects of her artistic endeavours are thankfully represented in the Hocken’s collections.

"Colin McCahon: A Constant Flow of Light" runs until March 6 at Hocken Collections Uare Taoka o Hakena, 90 Anzac Ave. The Hocken is open Monday-Saturday from 10am until 5pm. Records of Anne’s artwork can be found on the Hakena catalogue, hakena.otago.ac.nz, by entering "Anne Hamblett" as the creator in the advanced search option. Records of some of her published work can be looked up on the University Library’s catalogue, www.otago.ac.nz/library/index.html, by entering "Anne McCahon" in the search field.

- Nick Austin is a collections assistant at Hocken Collections Uare Taoka o Hakena and was the 2012 Frances Hodgkins Fellow.