The luxury of time 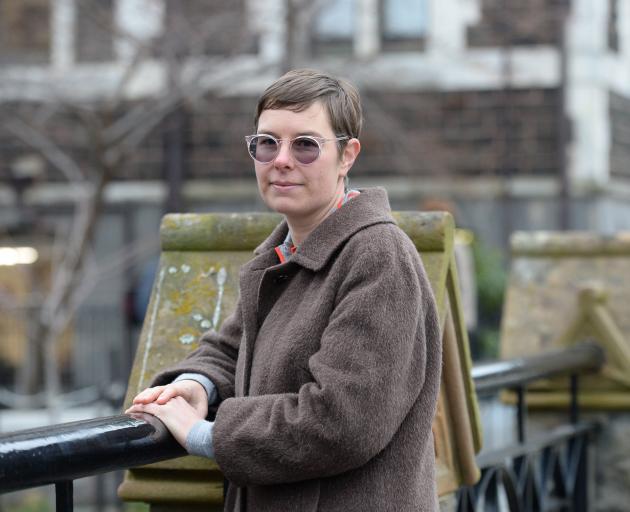 "I've always got more ideas running through my head than I've got time to make."

She had one year as the University of Otago's Frances Hodgkins Fellow to fit it all in.

"I realised I was not going to fit it all in one year, but how do I decide what to do next?

"My problem is where to start."

However, she is confident that as she settles in, the direction her work will take will emerge.

"I think it's not really about the idea but what you do about it. You have to trust your starting point and develop some work from it and see where it goes."

Having this quandary is something she is truly appreciative of.

"That's why this fellowship is so wonderful. It offers you time. It's long enough time to uproot your lives and get something done."

Labour & Free Will/Love & Revolution, by Louise Menzies. Photo: Sam Hartnett
Menzies, who is from Canterbury originally, has moved to Dunedin with her partner and 3-year-old and is spending the first six months living out at Waitati with plans to spend the second half in the city.

She has been enjoying the lifestyle and community in Waitati and investigating a different part of the coast.

There is an echo of the Banks Peninsular she remembers from her childhood in the southern coastline, she says.

Having been in the city for three months, she can feel the momentum in her work begin to grow.

"As an artist always takes a while to make a space yours. You arrive and there is this big blank room and you think, `Where to I start?', but you start and something comes.

"There is a kind of momentum that kicks in and you realise you have made the space yours."

"I came back feeling even more inspired about projects I've got under way."

Those projects include researching 20th-century American potter M.C. (Mary Caroline) Richards, a writer, poet, educationalist and potter who was involved in alternative movements.

"I'm looking into her work, in a way to work out what my relationship to ceramics might be."

She has become fascinated by potting.

"I'm interested in the mainstream attraction to pottery right now, which I think is part of a larger contemporary fetish for handmade things. 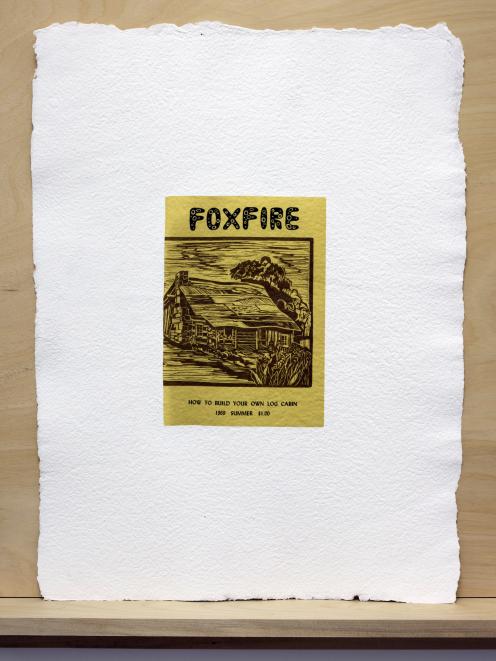 Time to Think Like a mountain, by Louise Menzies. Photo: Sam Hartnett
Richards wrote a book Centering: In Poetry, Pottery and the Person that was an underground hit.

"She's a really interesting figure to me. I guess that follows from other artists who I have looked at over the last period of my work."

Menzies' work often begins with a figure in whom she becomes interested and responds to.

While she was at Elam School of Fine Arts she became fascinated by the work of Graeme Brett, the school's metalwork technician.

Brett did not exhibit work but his office was like a studio. That made Menzies question whether or not an artist's work needed to become public.

Menzies is also planning a new film which will be based on her research into women's history and how it has or has not been recorded.

During another residency in 2014, with the University of Connecticut, she began to research the history of the women's movement, through its Alternative Press Collection.

"This is an interest that has continued. How women's experience has, and has not been, recorded is one of my thinking points for this year.

"As the writer Chris Kraus has said, "what happens between women is now the most interesting thing in the world because it is the last described"."

Looking specifically at women's history and its relationship to forms of biography, she is planning a series of new work across a variety of media, including print, textiles, ceramics, installation and moving image.

"It led me to become more interested in biography and how lives are recorded, how our experiences remain."

In Dunedin, she has been looking at artist Joanna Paul's writing - as a past Frances Hodgkins fellow it links them, she says.

"I find myself going back to it often since I have been here.

"I'm particularly drawn to, its autobiographical nature, and the location of her writing here in Aotearoa, which resonates strongly through her descriptions of place."

There is also Frances Hodgkins herself, another interesting story for Menzies.

"These are the characters I'm carrying along with me at the moment."

Menzies expresses her art in various mediums, starting out with an interest in print, moving images and film.

"Often I find myself visualising work in that form. I find it very easy to imagine things in that format or sequence of shots or how a person looks on camera."

She questions whether she had a special childhood interest in art or it was just the usual creativity of a young child.

"I think all children are creative. It's just that if you can keep it alive in your later years you have a chance to be an artist."

For Menzies, the option of an art career began to crystallise during her teenage years.

"I had a brilliant art history teacher who opened me up to a whole new world of images and ideas. I also found video, making a bunch of amateur shorts with my friends as actors."

She wanted to go to film school but did not get in, so decided on art school instead. She got into an arts course just starting up at Massey University in Wellington.

"That confirmed my initial path. I worked a lot with installation and performance and then found myself circulating back to film and moving image.

"It is an enduring interest that never goes away."

That has not stopped her new fascination for potting though and teaching herself the new skill.

"I particularly like the slowness of working with clay. Whether waiting for a pot to dry, or to fire, through to the physical labour time of coiling or throwing a vessel. It's also very slow to get any good.

"I'm not sure if anything I make will end up in my exhibition yet or not."

It is one of those things that requires the potter to spend time doing it to get to know what the clay will do, she says.

"I love to cook, so my dream is it's like that. I've mastered a few techniques. I'll have mastered sauteeing my onions, grilled my cheese and I'll get to the point I can improvise. I think definitely some pots will come out of it."

Her scarves project is an ongoing one first developed for an exhibition in 2016 where she printed a Georgia O'Keeffe painting on a silk scarf and negotiated for the gallery attendant to wear it during the exhibition.

It was inspired by the idea that images and art travel with people as memories.

Another exhibition using research cards from Germaine Greer's archive led her to find an engraving of a medieval female scholar mentioned on a card which she printed on a scarf.

"It's a series so there will be more."