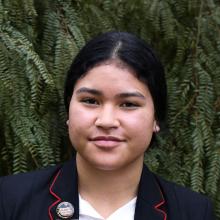 Misery was a soldier that marched down her forehead, past her temples, past the nape of her neck and down a dark path that led into the abyss that was her scar-littered back.

Strands of stress clung to her forehead, like a newborn child being held by its mother for the first time.

Her shoulders were adorned with a robe of chestnut and dirty blonde hair, amputated remains, as a result of the harsh and unforgiving chemotherapy she was still recovering from. Her long luscious lashes were a fortress, that barred the unforgiving sadness that seemed to constantly attack their barracks.

Her car was a mirror that reflected a clear image of who she was. Cigarette butts and empty vapes slept on the dashboard of her elderly car. Half empty Cruisers and bottles of KGB, with little remnants remaining, sluggishly hugged the floor.

Her passengers consisted of a rubbish bag of second-hand clothes, a pile of sad, URGENT bills and a first-aid kit, battered from years of use.

Despite the rubbish bag of second-hand clothes, some rebellious shirts and pants escaped and could be seen strewn over the seats and blanketing some of the floor were other bits of clothes she had accumulated as well. Crumpled corpses of cheap fast food bags, like McDonald’s and Domino’s, but never KFC, were shoved under seats and hidden under clothes.

A bloodied bandage and used bottles of hydrogen peroxide (a gift from one of her sadistic former foster parents) laid on top of the sad pile of bills. A pharmacy of drugs, some illegal and some prescribed, hidden behind the glove box compartment, huddled together. Quite the messed-up bunch they were.

The air smelt of sweat and nicotine lingered in the air.

Nonetheless, she liked things this way. In fact, she preferred it this way. It portrayed the raging emotions that brewed within her and mostly because, despite the fact that her life was a series of unfortunate events that she no longer held the reins of, her car’s appearance was the one thing she had control over.

The fates decided that her life would be a mess, but she would be the one to decide what her car looked like, in fact she was determined, now, more than ever, to take her life into her own hands and hold it tightly, moulding it how she wanted it to look.

As she pondered her future, the sounds of honking could be heard. Left, right, left, right, forward. The symptoms of a panic attack were showing themselves. She looked around her car, trying to focus on something, though to no avail, it was of no use. She simply could not focus with the screams of cars around her.

With a newborn black ute to her left, an impatient red Ferrari to her right and two rowdy family vans in front and behind her, all that could be heard was eerie panic.

One car would shout at another and a different car would mistake it as a challenge, thus initiating the beginning of a desynchronised percussion. The shouts of cars were a soundtrack, remixed with the road rage of people stuck in traffic.

She looked around frantically, but all she could hear was noise. Breathing in the nicotine and sweat-infused air, adding more carbon dioxide to her swelteringly hot car atmosphere. Straggles of air cut through her throat, but learned techniques brought her back to reality. Miraculously, traffic also began to pick up its pace. Cars began to move faster. Releasing an imprisoned breath of air, she sighs with relief, with her foot now heavy on the accelerator.

As the sun grew weary and tired, its journey temporarily finished, she looked at the road and the journey she had.

Her future held six weeks of staying at the mental hospital. Surrounded by people all of similar experience, pain and struggle, she would work to recuperate and heal. Her past was a boxing match and life was her opponent.

She was beaten and injured, but she is a fighter. And fight she will do.