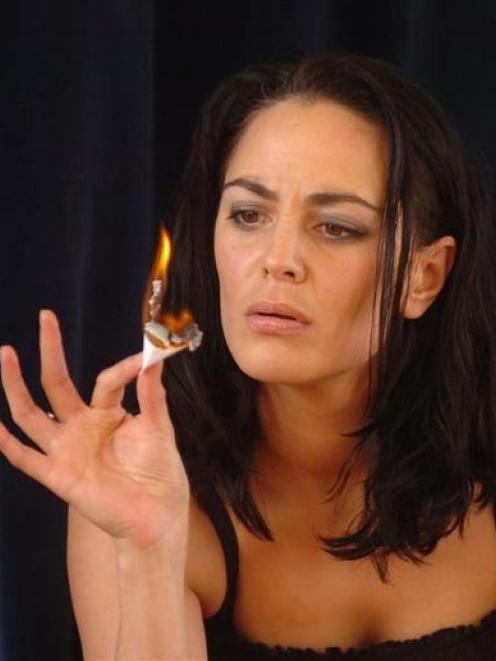 The curtain rises on the New Zealand premiere of Jane Eyre at the Fortune Theatre next week.

But it is unlikely Charlotte Bronte would recognise the classic she penned in 1847, which has become the second most-read English work after the Bible.

The tale of lust and repression mercilessly explores the duality of the socially acceptable self and the uncensored self.

"It operates on so many levels. It's a gothic mystery and a Victorian romance. There's also this huge psychological element to it, which is played out in a very 21st-century way," director David Lawrence, of Wellington, says.

"What makes it interesting is it's not just the book with 'he said, she said' taken out, which often happens with an adaptation of an historical novel," he says.

"The play takes a clear stance, which really appeals to me. It's very passionate and energetic and visceral, which I love. I love it when theatre doesn't try to pretend it's not theatre.

But, Jane quickly learns that for a Victorian woman to express passion is to invite the severest punishment.

"Jane is an incredibly vibrant, alive, sexual, energetic person. But, because of the environment she's in, she has to suppress her humanity."

Lawrence says the classics remain popular because of their timeless messages.

"The classic texts survive because they're telling stories that are still pertinent to us as human beings today. It's always a challenge to visit other worlds and see how they reconcile with ours," he says.

"We know where we're at with them and, if we already know the story, we're more receptive to engaging with how it's told," he says.

"I think classics come with a lot of expectation, though, and it's important that you meet people's expectations, but defy their preconceptions."

The Fortune is the ideal home for the story, Lawrence says.

"It's a creepy, gothic mystery story, so it's perfect for here. We're performing in a 19th-century building and we want to, design-wise, make use of the architecture in the building as much as possible."

It will be the third play Lawrence has directed at the Fortune after Hitchcock Blonde in 2006 and King Lear last year.

"It's great to come down here. The Fortune is the only recurrently funded theatre in the country where people can get work based on merit and not who they know," he says.

"The perception among theatre people around the country is that the Fortune is the best place in New Zealand to work at the moment. I love coming here because you don't get put in a box," he says.

"It's such a strong team and everyone contributes to the creation. It doesn't matter what job you do, you're encouraged to contribute to the big picture."

The Jane Eyre premiering at the Fortune has been adapted by London playwright Polly Teale.

"In our everyday lives we hide much of what we think and feel for fear we would be considered foolish or even mad," Teale says.

"I believe we have a longing to see expressed in the theatre that which we conceal in life; to share our madness and understand that we are not alone.

"In a theatre, you can make visible what's normally hidden inside of us - all the internal world of feeling, of emotion, imagination, of memory, all the stuff coursing through us all the time.

"Other people can't see it, but perhaps in some ways this stuff is more real than the tangible, visible world."

Jane Eyre opens at the Fortune Theatre on the opening night of the Otago Festival of the Arts, next Friday, and runs till October 19.