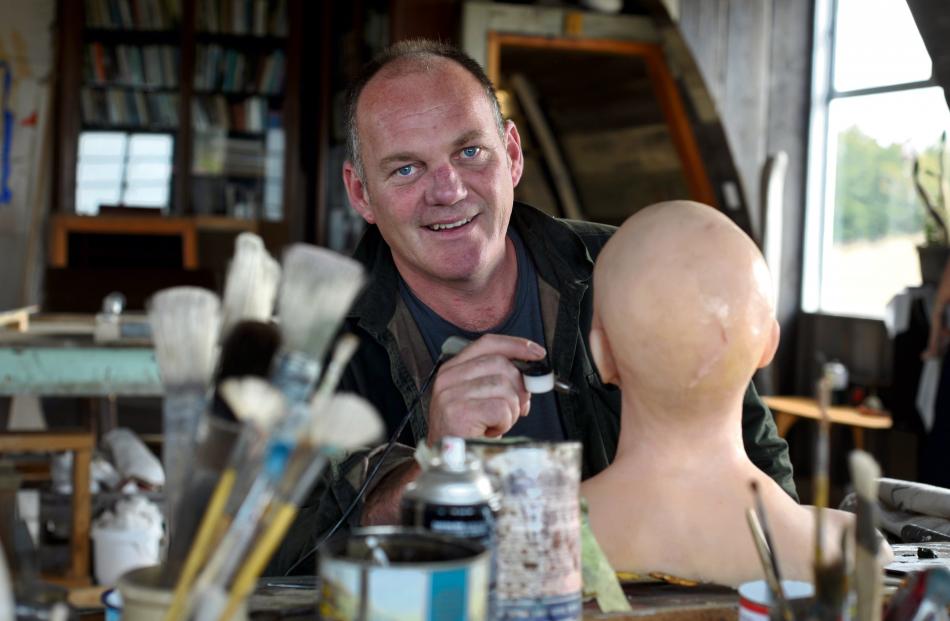 Andy King works on a mannequin's head at his Dunedin workshop. Photos by Christine O'Connor 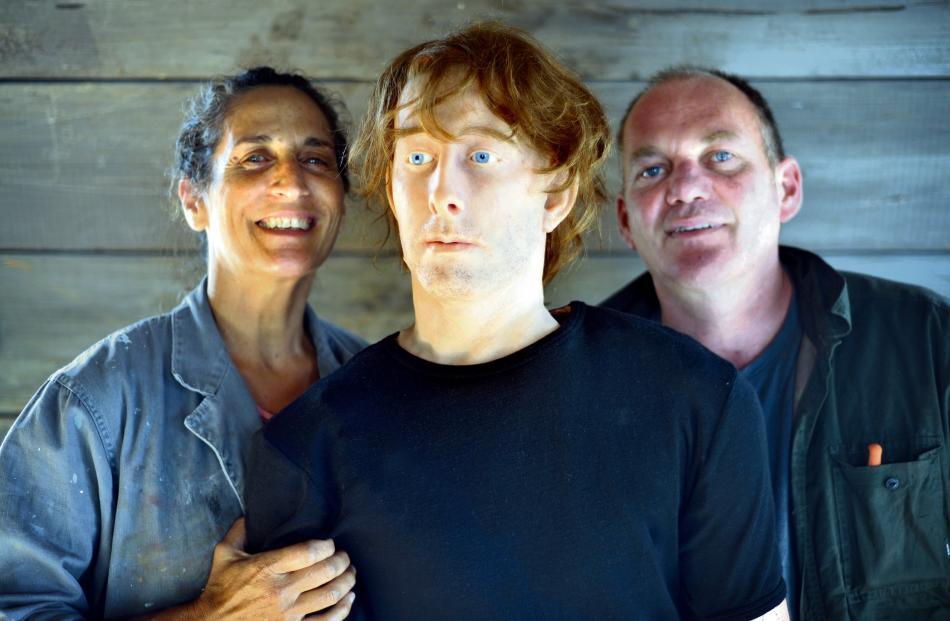 Andy King and Jenufa Waiti with one of their mannequins. 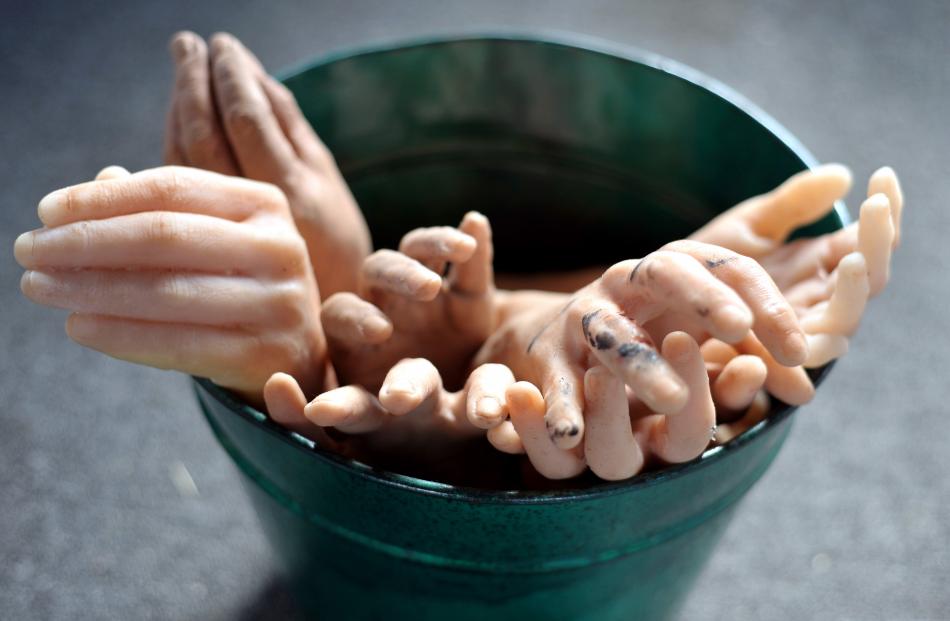 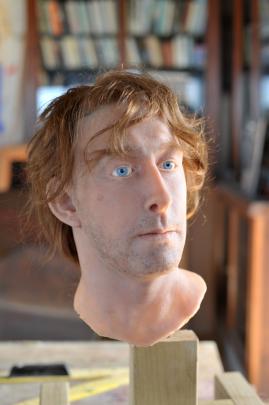 After years in the props and scene design business in the United Kingdom and New Zealand, Andy King jumped at the opportunity to extend his skills into making mannequins. However, he admits to Rebecca Fox it was not quite as easy as he thought it would be.

ANdy King can laugh about it now.

The hours of painstaking work, the constant failures, the frustration of not getting it just right.

His partner in crime, artist and ''odd-jobber'' Jenufa Waiti, describes him as the most patient man she has ever met.

But both admit there were massive challenges they did not foresee when they decided to take on mannequins.

''It was harder than we thought. I thought between us it'd be easy,'' Mr King said.

It was a lesson in not getting ''misled by YouTube videos,'' Ms Waiti said.

Mr King was even warned by a fellow props-maker the mannequins business was a ''nightmare and a minefield''.

''We were enthusiastic. Or was it stupid?''

The idea came about as part of his regular business of making sets and props for films, commercials and museums.

Ms Waiti had also helped dress sets Mr King had been working on.

He was working on a project for Te Hikoi Southern Journey Museum, including building a life-size whale tail and whaling boat exhibit, when they decided to develop mannequins customised to the sets he was making.

His experience using different materials and paints - he was a former signwriter - and contacts in the industry made the idea of adding mannequins to his repertoire a ''no-brainer''.

''It's knowledge. It's really, really technical.''

A great believer in the concept of supporting and using local artisans and products, he and Ms Waiti got to work, only to find it was a process that also required them to ask friends and family and even on the odd occasion strangers on the street to pose for them.

''Live casting is the way to go. It is not an easy process.''

This meant the poor selected person sitting in one place for 15 minutes with ''gloop'' on their face breathing out of straws, a process not for the faint-hearted or asthmatic, they discovered.

''It takes six different casting processes before you get to the point of putting the eyes in.''

The bodies are made of urethane foam with steel armature so the mannequins can be manoeuvred into position.

It wasn't until a bucket was full of discarded hands that they found the right process to make lifelike hands.

The translucent silicone hands were then painted until they were transformed into skin, thanks to layers of carefully layered tones including freckles and veins.

A similar process was done for the face, which was completed once eyes imported from Europe were inserted.

The mannequins were amazingly lifelike and had been known to give a fright or two to people not expecting one to be in the corner, they said.

But it took about five attempts before they got the ''recipe'' right, and, all going to plan, making a mannequin took about 120 hours, minus punching in the hair.

As well as the careful painting job to create ''skin'', there was also the business of finding the right hairdo.

For a World War 1 soldier they were creating, short back and sides were called for, something hard to do with a wig, so Ms Waiti learnt how to ''punch hair'', a laborious process.

''I'd watch them come out of the workshop either elated or downtrodden.''

Each mannequin they made came with new challenges: getting the sizing right for a child, the differences in gender, colouring or the characteristics required.

''They're all unique. It's not formulaic. We've got pretty high standards.''

Mr King gets quite a thrill out of building a set and dressing it to tell a story from the past, making museum displays more of an ''experience'' than static displays.

The trustees of Awarua Communications Trust became aware of Mr King's skills through his work for the Riverton museum and invited him to propose some sets for their new museum near Bluff.

He developed a concept, designed, built and dressed two sets including making the mannequins, ''Right from the joinery aspect''.

He saw the work as just another aspect or ''specialised corner'' of prop making for film and commercial sets, which required him to travel throughout the country and overseas.

And the work keeps coming. His next project could include making a cow.