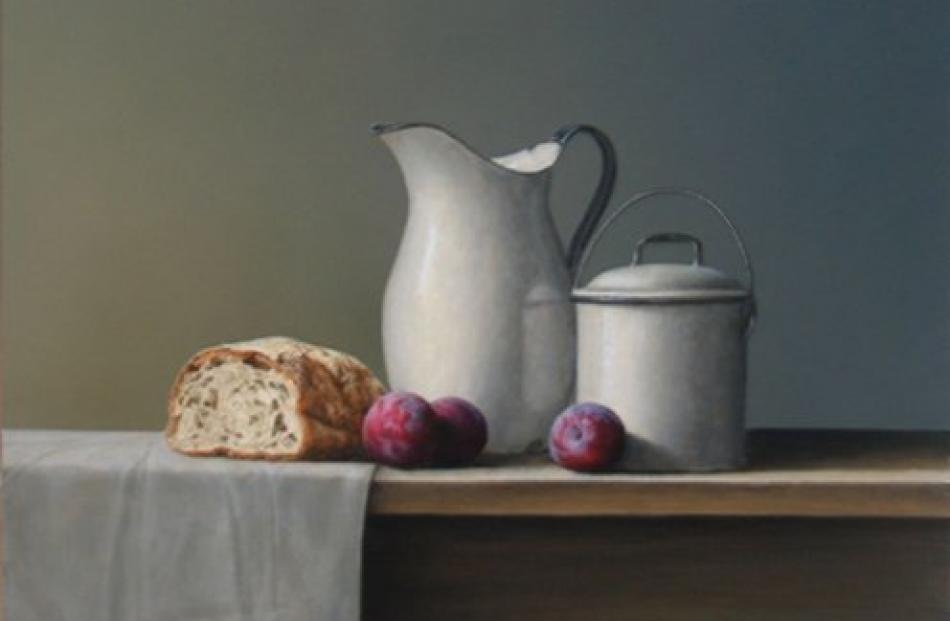 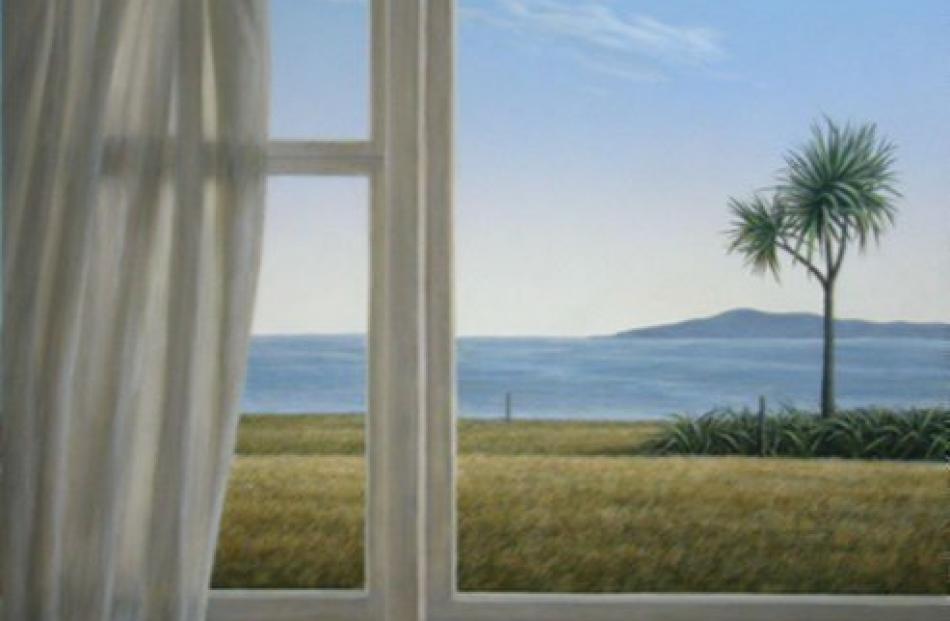 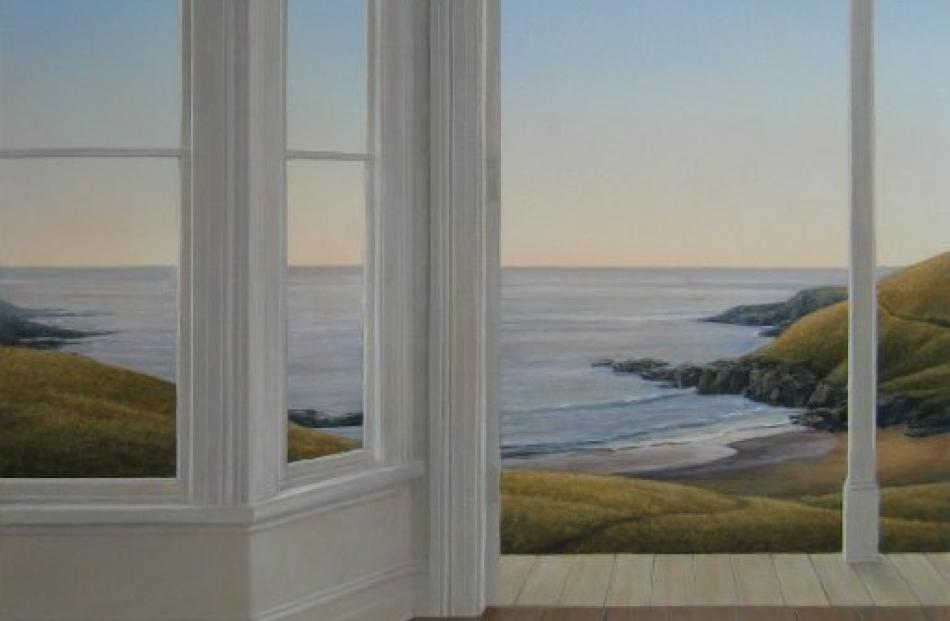 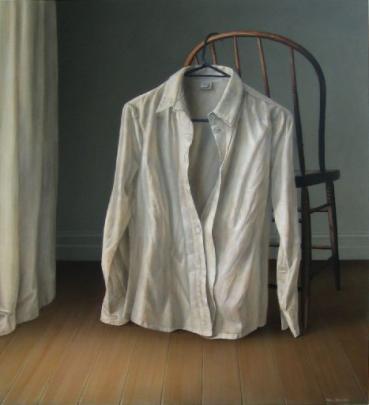 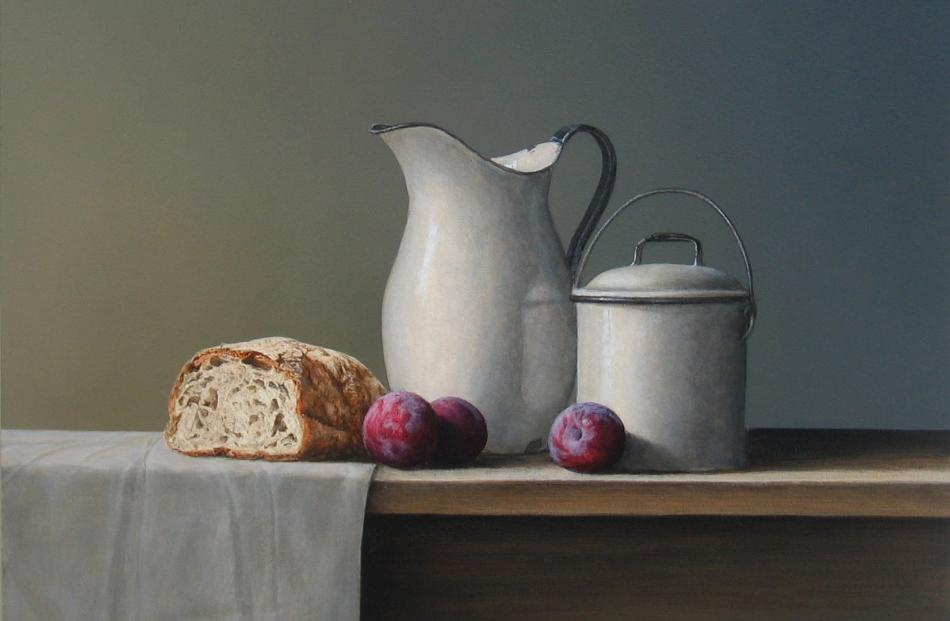 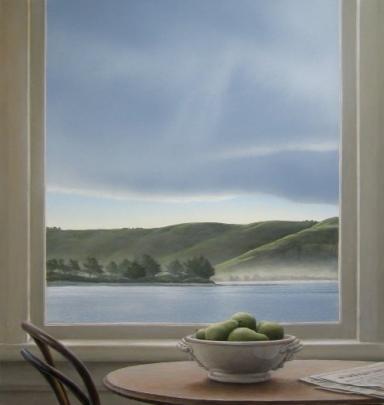 Central Otago artist Neil Driver turned his back on a career as an accountant to become a painter. Nigel Benson meets a man of many seasons.

This article is best served with an Aurum wine. Perhaps the Mathilde Reserve pinot noir or, if you lean to the white, a nice riesling. Clyde artist Neil Driver's acrylic Central Otago paintings adorn the labels of Aurum wine bottles. 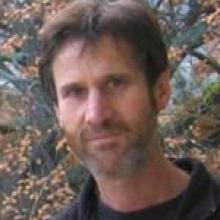 The Cromwell winery is owned by his sister and brother-in-law Joan and Tony Lawrence. Driver's latest exhibition, ‘‘New Works'', reveals his passion for all things Central Otago.

The 56-year-old attended Kaikorai Valley High School in Dunedin before studying commerce at the University of Otago, graduating with a bachelor of commerce in 1973.

‘‘Painting wasn't really the done thing for a young man to be thinking about as a career, so I studied accountancy instead,'' he explains. ‘‘But, I've never actually worked as an accountant.''

He instead turned to sketching Dunedin character houses for a living. In 1975, he and his teacher wife, Christine, moved to Clyde so he could trial painting as an occupation for a year.

‘‘I think that everyone born in Dunedin travelled up to Central Otago with their families on holidays. ‘‘A lot of people end up wanting to live in Central. ‘‘The area soon became part of my soul and I have remained painting in Clyde ever since,'' Driver says.

‘‘The Central Otago landscape provides me with the inspiration for my paintings. Central Otago calms the mind and lifts the spirits. It is a place where people come and feel closer to the earth, the water, the weather and the sky.

‘‘The landscape in Central Otago is enormously varied. It includes snow-capped mountains, hills with rocky outcrops, the open plains of the Maniototo and the rolling tussock-covered hills of the Lammermoor and Lammerlaw ranges - and long may these ranges remain untouched.

‘‘It is defined by a strong, clear, crisp light that is unique to Central Otago. ‘‘The foreground hills have strong sharp shadows, the distant hills are softened with blue opaque hues.

‘‘Because of the dryness of the area there is a distinct lack of green,'' he says.
‘‘The subtlety of the colours as they reflect the changing light at the end of the day is what appeals to me most.

‘‘As a child growing up in the 1950s, our family spent holidays camping at Cromwell near the Clutha River. ‘‘The Cromwell Gorge and the barren landscape made a lasting impression on me. I was transported to an exciting and magical otherworld.''

‘‘When I paint this landscape I prefer to define it through a window or an open doorway.
‘‘For me, a glimpse of a landscape through a window intensifies the image and invites the viewer to enquire and imagine what is beyond,'' he says.

‘‘I think we view landscapes more from the inside than we do out in it. I like to see landscapes framed through a window or doorway. It's an old Dutch tradition. I like the juxtaposition. One sets the mood for the other.''

The interiors which frame Driver's work are often of his 100-year-old villa in Clyde, which nestles into the folds cut by the mighty Clutha River.

‘‘I like to contrast the interior of a room, a table, or a chair, with the landscape, defining the land in conjunction with signs of human presence,'' he says.

The landscapes and interiors are empty of people, but open doors and casually placed chairs acknowledge a ghostly human presence. While Driver is known as a realist painter, you sense it is a not a description he is entirely comfortable with.

‘‘I use my imagination to create landscapes or seascapes. They're ‘constructs', I suppose, if that's a word. Anything that represents something is called figurative work. I try to paint what my mind saw, rather than what the camera saw.

‘‘Realism is just a general term which represents what people can conceivably see in the real world.'' He looks to his immediate surroundings for inspiration; the hills, roads, sky, tables, chairs, bedding, rooms, windows and nearby bowls of fruit are all handy targets.

He will then often beggar reality by reassembling and altering elements within each painting. What appears to be a photographic image is actually a reconstruction of the actual scene.

‘‘I've always liked drapery. Leonardo da Vinci and, particularly, Michelangelo painted a lot of drapery,'' Driver says. ‘‘The shapes of hills are similar to the folds in drapery. There's not much difference between flowing hills and drapery. They have an abstract form.''

Driver uses the light and layers of thin acrylic paint to patiently build tone and colour. An art critic once memorably described his brushstrokes as ‘‘refined to the point of virtual disappearance''