Residency more than just hanging around 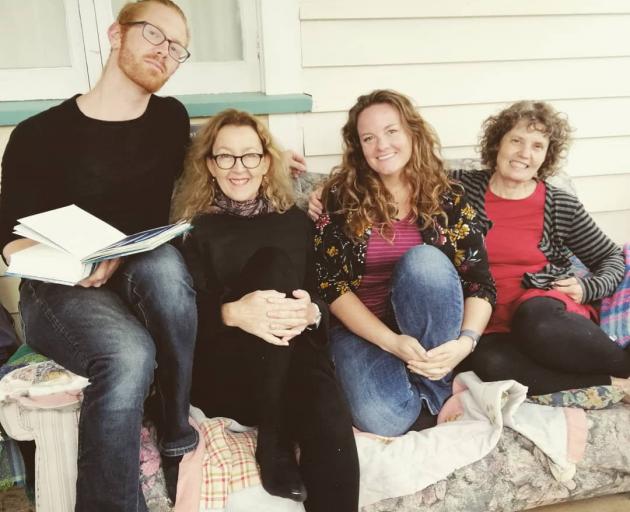 Hanging suspended from the ceiling of Quarantine Island’s married quarters with brushes attached to his hands and feet, Eli Joseph sweeps ink across swathes of white paper. 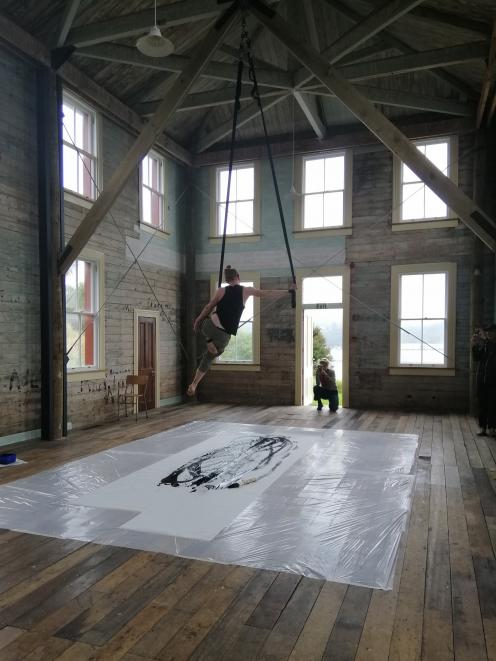 The pair could not come from more diverse backgrounds — Taylor is a print artist while Joseph is a circus artist and writer from Wellington — but being selected for Quarantine Island’s inaugural paid residencies brought them together.

The island’s council decided to offer the residency after funds were donated for the purpose with the idea it could help artists’ practice.

‘‘Lynn and Eli’s way of working and intentions, in particular, seems consistent with our values and aspirations for appreciating and taking care of our environment and social justice,’’ council member Kristen Bracey says.

Both were grateful for the chance to spend time on the island.

Joseph, who found out about the residency through a friend while travelling with a circus, thought getting two weeks on an island to concentrate on his work was an incredible opportunity.

‘‘I was happily surprised when I got it.’’

Joseph said the residency allowed him to do some solid work on his script of a contemporary circus theatre production about conscientious objector Archibald Baxter.

‘‘It’s a fascinating story that is overlooked outside of Dunedin. It’s part of our history which should be more openly discussed.’’ 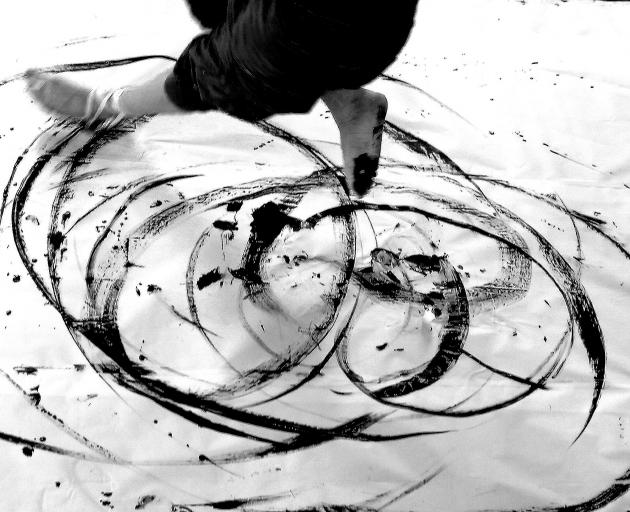 Some of Joseph’s swirling patterns.
He was also able to spend time off the island, so got to meet extended members of Baxter’s family, which helped with his research.

The first draft was now complete and he planned to further refine and workshop it with the goal of getting it on stage next year.

He also enjoyed the environment on the island appreciating the work done to rebuild its biodiversity.

‘‘There are birds everywhere. It’s beautiful wandering the hills, spotting the wildlife.’’ 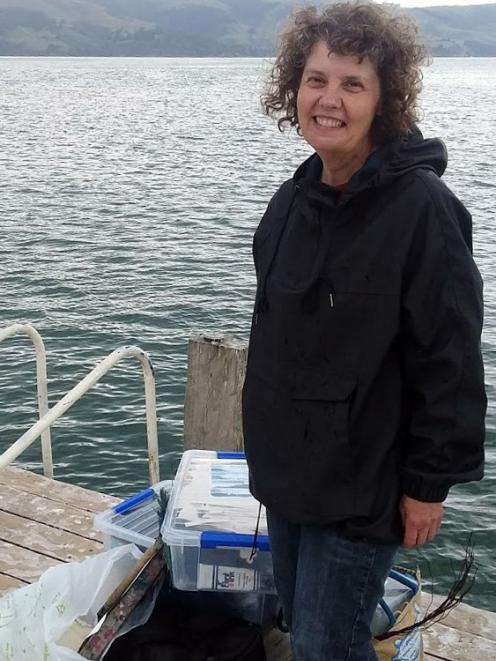 Lynn Taylor arrives for her residency on Quarantine Island.
Getting to work with Taylor and spend time training in the married quarters was a bonus.

For Taylor, meeting Joseph was an unexpected benefit of the residency.

So while Joseph got to practise his aerial acrobatics suspended from the married quarters ceiling, Taylor got to try out the ink and paint she had made on the island.

‘‘He made some amazing swirling patterns. It took my practice in a different direction and his, too.’’

She planned to reduce the size of the patterns he made and use them in a screen print or as a base for other print work.

Taylor also loved her time on the island describing herself as ‘‘so addicted to the place’’ she had been back a few times to collect materials such as clay, broken glass or metal, which she grinds down to make ink.

The ink was also used on tea bag paper which is semi-transparent over a piece of wood so it picked up the weathering, the saw marks — its history, she says.

Taylor also created a book to leave on the island for future artists to fill in and leave a bit of themselves behind.

While Taylor had visited the island before, the residency provided a completely different experience.

‘‘I had different goggles on. I totally fell in love with it. I think the main attraction was the space to think.’’

She also enjoyed the time when other groups came to the island and when there was an open day.

‘‘I really liked the sense of participating, being part of it.’’

‘‘We were so impressed with their applications we really wanted to support their work to,’’ Bracey says.

St Baker has also offered to curate an exhibition of the artists’ work on the island in the future.

‘‘I can’t tell you what passion I have for the island, it’s wild beauty, location, environment and history. It was a productive time for me.’’ 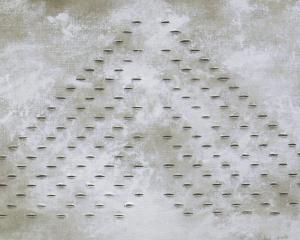