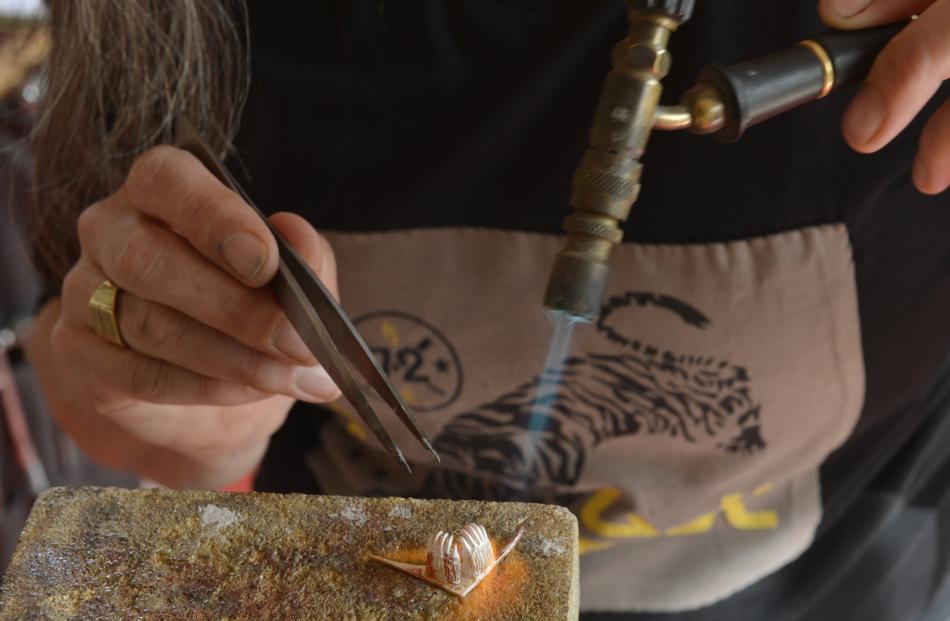 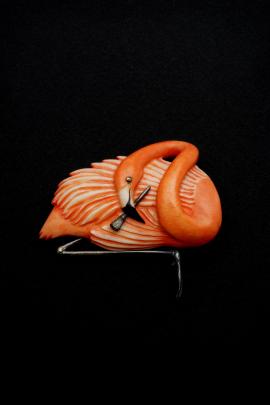 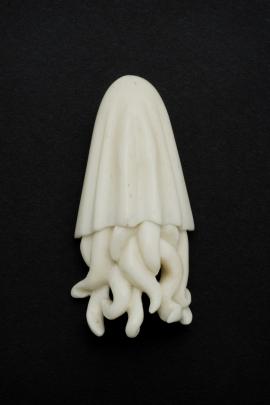 Pulpogeist 2015, a brooch of cow bone and sterling silver. Sting 2016, a pendant made from ebony, sterling silver. 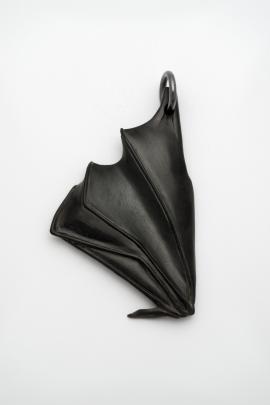 Wing 2016, a pendant from ebony and sterling silver. 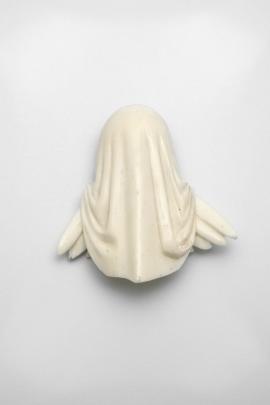 Cull 2015 a brooch of cow bone and sterling silver.

Being immersed in the world capital of contemporary jewellery was quite an experience for Dunedin jeweller Jane Dodd. She tells Rebecca Fox about her journey to ‘‘Schmuck’’ in Munich.

Experiencing contemporary jewellery on the international stage at Munich's influential jewellery week is a world away from boiling up cow bones for her work. Jane Dodd is getting to grips with being back home after a trip to top international jewellery exhibition ‘‘Schmuck’’ in Munich. Photo: Gerard O'Brien

Her work along with that of four others from New Zealand joined 62 pieces from 31 countries in the exhibition. Their work was chosen from about 700 applications.

''It's a real coup to get in, although New Zealanders usually have good success, '' Dodd said.

Creative New Zealand supports the artists to attend the fair.

Dodd submitted eight pieces of her work, most of which were seen in the exhibition ''Ridiculous and Sublime'' at the Dunedin Public Art Gallery last year.

The pieces were all carved from natural bone, some of which had been dyed bright colours.

''Conceptually they question humans' use of animals and animals' reactions to us. How they might fight back or adapt to our ways. Every piece is different.''

While Dodd submitted eight pieces, she did not expect them all to be accepted so was very surprised when they were.

''I was delighted. I did not expect that.

''It was quite funny. I misunderstood the selection process and sold a couple so I had to borrow them back from the people who bought them.''

The works are part of a new direction for Dodd, who mostly worked in wood and silver but felt restricted by the palette. The attraction of bone is its lightness and ability to be dyed.

''It was amazing to realise I could get any colour I wanted. I just use fabric dye. It's fantastic.''

She gets her bone from the butcher, boils it in water and then again with soap and washing soda before leaving it out in the sun to dry and bleach.

''It is wonderful to carve as it has a dense grain and you can get a fineness to it.''

Bone could be a confronting material for some people such as vegans, but she feels she is using a waste product and making something from it that someone will treasure for a long time.

''Something good is coming from the life. It's respecting the material and the life it gave up.''

The works were then sent to ''Schmuck'' where they were displayed according to the exhibition curator's directions.

She was happy with the display but found the curatorial decisions behind the selection of works quite ''puzzling''.

''I couldn't get the link. I thought my work looked really strong and unlike anything else there.''

Given Munich is the capital of contemporary jewellery with a long tradition of showing the best in the world, the most confronting and challenging work. ''I was delighted to be included and how my work held up,'' Dodd said.

Creative New Zealand Arts Funding senior manager Cath Cardiff said New Zealand contemporary jewellers have an international reputation built on their success at this event over the past few years.

It supported those ''talented makers'' to build on this reputation, generate new connections and find new markets for their work, she said.

Given the sheer volume of jewellery on display she found it quite hard to promote herself as was the aim.

''I found that aspect quite challenging. I printed postcards of my work before I went and gave them out to anyone who would take one.''

The visit reinforced how well thought of New Zealand jewellery was internationally, with many jewellers she spoke to commenting and welcoming her because of her nationality.

''We have a really good reputation internationally.''

Adding to the experience is that ''Schmuck'' is held within a larger ''craft fair'', the Handwerks-messe.

''It's quite an odd one. It's surrounded by people who make lederhosen or piano accordions or basketry. It's a very odd mix.''

She is not sure how the experience will feed in to her work. Her last trip to Europe resulted in the work she displayed at ''Schmuck'', which was influenced by its carving and folklore traditions.

''It was amazing work, unlike what I do but incredibly amazing, inspirational and exciting to see.''

The other New Zealanders to attend ''Schmuck'' were Karl Fritsch and Kelly McDonald from Wellington, Shelley Norton from Auckland and Te Papa curator, decorative art and design, Justine Olsen.