Crime thriller of the year 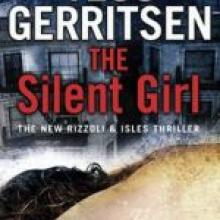 MY PICK OF 2011
Tess Gerritsen's Silent Girl
While previously I had put Tess Gerritsen in my "bad books" as a writer of stories far too gory, she won glory this year with Silent Girl, my pick for best crime thriller of the year.

The author's Chinese-American heritage inspired her to set the story in Boston's Chinatown, where the heroines, detective Jane Rizzoli and pathologist Maura Isles, team up again on a grisly discovery that leads to a murder investigation.

It's the setting and its intriguingly different dimensions, ranging from "Monkey King" mythology to martial arts, that gave this mystery an enjoyably different flavour - with a good twist at the end of the plot. 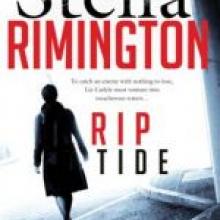 For holiday reading, I hope to catch up on Stella Rimington's novels about secret agents and the world of counter-espionage.

I greatly enjoyed Secret Asset back in 2006 and lamented not having read her first spy book, At Risk (2004).

Since then, Rimington has written another four novels, the latest being Rip Tide, just published.

The author joined Britain's MI5 in 1965, and was its director-general from 1992-96, so is well qualified to instil a high degree of authenticity into her fictional plots.

She was made a Dame Commander of Order of the Bath (DCB) in the New Year Honours List in 1996. Last year, she was chairman of judges for the Booker Prize, telling the Independent newspaper in June she had read 138 novels and was about to read 13 finalists again! (She also revealed Dorothy Sayers was her favourite author.)

In addition to the five spy novels missed, Dame Stella's autobiography, Open Secret (2001), is another closed book to me. This must be redressed, to read facts, as well as fiction.

Hooray! All six books are in the Dunedin Public Library catalogue, so I shall try to spy them out.