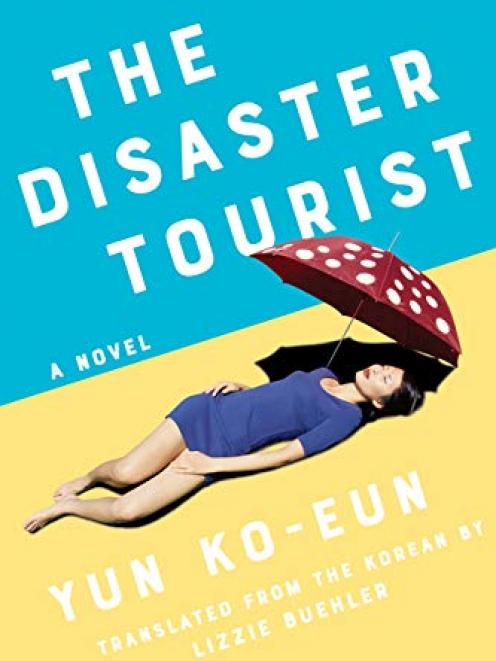 Seoul-based travel company Jungle offers tours of disaster zones, trips that combine tourism and volunteering, survival challenges or education that leave travellers with a sense of relief and and ‘‘an inkling of superiority for having survived’’.

Long-time employee Yona Ko specialises in to quantifying the unquantifiable, surveying the aftermath of volcanic eruptions, tsunami, famine and war to determine the extent of damage to people and property to determine whether they offer the right mix of danger and emotional resonance to appeal to tourists looking for socially responsible adventure.

But recent events have left Yona fearing for her job and when she is offered the opportunity to evaluate one of Jungle's less successful tours to the island of Mui, just off the Vietnamese coast, she has no option but to accept the assignment.

The visit turns out to be every bit as dull as she fears: Mui's once-deadly volcano is dead, the re-enactment of an inter-tribal massacre in which hundreds of villagers were beheaded lacklustre, the massive sinkhole that swallowed the heads of the slain is now a muddy lake and Yona departs fully intending to recommend the tour be cancelled.

Then she loses her tour group and is forced back to Mui to find the island transformed completely. She is equally surprised to find one of her fellow travellers has also returned. Seeing an opportunity to redeem herself, Yona makes a decision which will change life irrevocably.

Yun Ko-eun (the pen name of South Korean author Ko Eun-ju) has won a number of prestigious literary awards in her home country and The Disaster Tourist, her first work in translation, slides seamlessly from dark satire to surrealist horror as it progresses, leading readers down a series of seductively slippery ethical slopes that challenge the comfortable assumption of left-leaning liberals and free marketeers alike.

Mui has tailored itself as a disaster area to such an extent that if it loses its status it loses everything and, since one cannot predict when a natural disaster will strike, why should it not take matters into its own hands? Indeed, is this not a moral imperative to do so, even if it harms a few people, since their misfortune will benefit the hundreds. If, in the process of facilitating this Yona also redeems herself in the her employers eyes, all the better.

The author’s clear-eyed dissection of the sorts of disasters that attract international attention and aid provokes a frisson of guilty recognition, and the story's ending - as fitting as it is unexpected - is the ultimate condemnation of our consumerist society.

Yet, despite its grimness, the novel is shot through with a wicked humour that renders its lessons surprisingly palatable. It is certainly the most memorable and thought provoking book I have read this year.