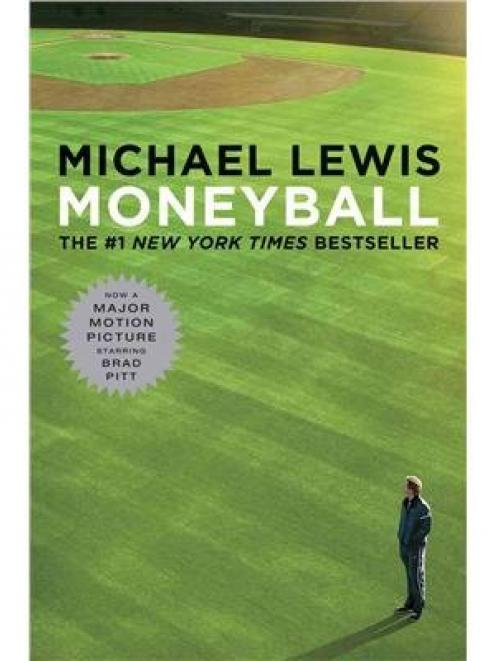 MONEYBALL <br> <b> Michael Lewis
A great book is a great book, no matter the subject. So why do sports books often get such a bad name? Sports editor Hayden Meikle - who answers his own question by acknowledging the sports book market has more dross than most - names the 12 sports books you simply must read.

Sample: ''The statistics were not merely inadequate; they lied. And the lies they told led the people who ran major league baseball teams to misjudge their players, and mismanage their games. James later reduced his complaint to a sentence: fielding statistics made sense only as numbers, not as language. Language, not numbers, is what interested him.''

The setting: Major League Baseball in the United States in the early 2000s.

Why it is brilliant: Arguably, no book has had such a massive impact on its sport. Moneyball heralded the ''statistical revolution'' in baseball, the move from putting faith in old blokes predicting a future star player on gut feeling to crunching numbers - lots and lots of numbers - in a bid to get an edge on the opposition. Beane and his Oakland Athletics, operating on a budget much smaller than many teams, used their analysis to look for hidden gems in the sport. The book is both a fascinating portrait of Beane and a thrilling (no, really) look inside the methods by which statistical boffins seek sporting success.

Don't just take my word for it: ''You do not need to know or care about baseball - though I defy you not to be smitten after reading the book - because like all good sports books, it is not really about sport, or even in this case about applied statistics. It is about people.'' - Nicholas Wroe (Guardian).

The aftermath: It wasn't long before every team in baseball was delving into ''sabremetrics'', the anagrammatic term for delving deeper into statistics. Hence, the Athletics lost some of their competitive advantage. Some football clubs, too, have embraced the approach. After years of delays, a Moneyball movie (starring Brad Pitt as Billy Beane) came out in 2011.