Collette's character four in one 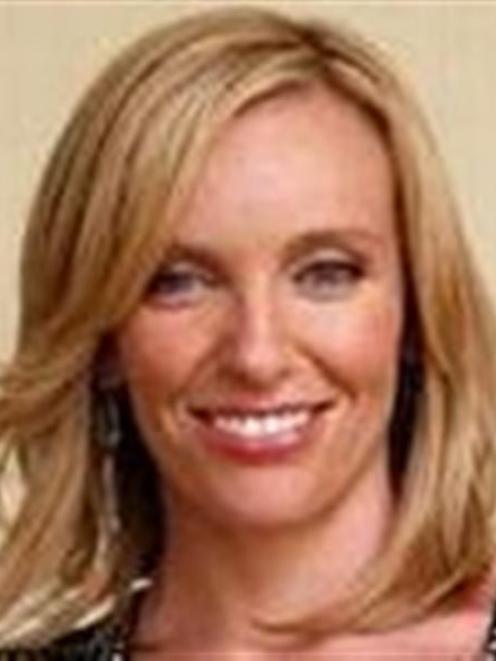 Toni Collette.
The family comedy has undergone some transformations of late, thanks mostly to US cable television and its restless search for buttons and/or envelopes to push.

United States of Tara, a new series about a woman with four personalities (including her "own"), is solidly within this new tradition of the strange, alongside shows like Weeds, The Riches and Big Love - stories of families whose unusual lives or lifestyles set them apart from the supposedly normal world, which we are typically invited to see as grotesque.

In Tara, Toni Collette plays a Kansas artist, wife and mother of two who by turns becomes a troublesome teenager, a proper 1950s housewife and an improper good old boy.

As she did in Juno, series developer Diablo Cody celebrates the functional oddball household.

Mum's condition - it's called dissociative identity disorder, revised from multiple personality disorder, as Tara herself has occasion to point out - seems to be an open secret: Teen "T" goes to the mall with her daughter as a kind of peer (but with credit cards); Alice attends a parent-teacher meeting and makes a perfect cake for a bake sale; Buck goes bowling and beats up the daughter's mean boyfriend.

Despite the left-field premise, its concerns are those of a conventional sitcom. (Indeed, it's not that different from The Beverly Hillbillies or The Addams Family in the freaks-versus-straights department.) We have seen these folks before: rebellious older daughter (Brie Larson); sensitive, precocious younger son (Keir Gilchrist); good-natured husband (John Corbett) of a literally scatter-brained wife.

The first episode wonders whether Tara will attend her daughter's ballet recital.

Possibly Cody is ringing purposeful, ironic changes on hoary conventions - Tara turns up for the show, but as Buck - or possibly her mind just ran into the same gullies as the thoughts of television scriptwriters for half a century (and of many a motion picture before that).

She may be a new voice in screenwriting, but she is also sentimental in an old-fashioned way.

I can't say how accurately Tara represents DID; everything I know about split personalities I learned from Sybil, and that has been discredited, apparently.

Diablo claims to have done her "homework" on what is a controversial subject, and she does include a sceptical voice - not every authority supports DID as an actual disease - but as she puts it in the mouth of Tara's sister (Rosemarie DeWitt), who is herself troubled and, in a small way, trouble, she also discredits that voice.

But this isn't a documentary, after all; all that matters is whether it works on its own terms, and while it's generally entertaining, there are times when it seems too obviously invented.

The idea is that by going off her medications and letting the "alters" come out to play, Tara will be able to bring to light the suppressed memory of whatever trauma caused the fracture in the first place.

But even as her multiplayer state creates a new reality for her family, we're given little sense of the old one and how they liked all those years with a drugged but unitary mother.

Tolerance may be what Cody's here to celebrate, but I would have expected at least a little anger.

Indeed, the show suggests that, in some ways, Tara's a better mother for being several people and that a split personality is a kind of metaphor for every woman's work.

Corbett provides the solid base that makes the arrangement seem plausibly workable.

And Collette is very good in all her guises; she adds enough of Tara into her other selves that they don't come across as totally separate characters.

At the same time, they are all one-dimensional - since each is supposed to represent a part of her, or a single-minded coping strategy - and played mostly for laughs.

And while their presence may provide novel dilemmas for her family - as when husband Max has to rebuff the sexual advances of Tara's other selves not to cheat on her - Collette, and the show, is always most interesting when she's just Tara.

That is, the person with layers.