Denzel does number on classic thriller 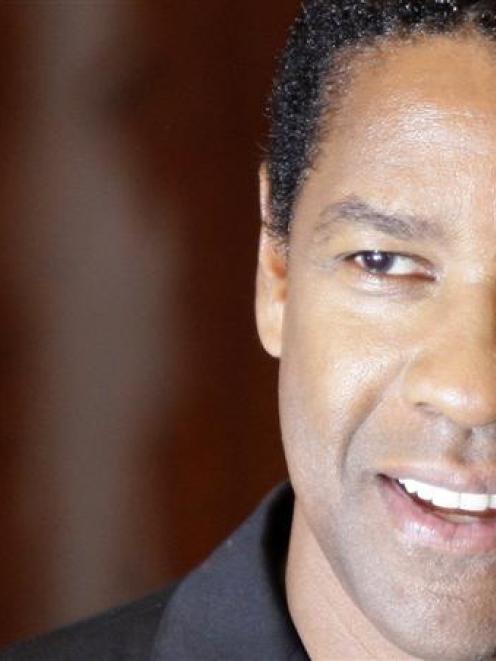 Denzel Washington
To hear Tony Scott explain it, his updating of the hostage drama The Taking of Pelham One Two Three extends much further than just numerically altering the title.

The director-producer touts his The Taking of Pelham 123 as a total "reinvention" of the 1974 thriller widely considered one of the decade's classic films.

To wit, the casting: Who better to replace Walter Matthau's wisecracking Transit Police lieutenant than the baronial Denzel Washington? (Except now, the character's a disgraced subway dispatcher.)

John Travolta chews scenery in the lead terrorist part that an icy Robert Shaw inhabits in the original.

Then there's the new film's showcasing of contemporary technologies: live blogging, webcams and online trading in pursuit of a criminal vendetta.

And, of course, terrorist dramas mean something different in the post-September 11 era.

Still, there are certain unmistakable consistencies that won't be lost on fans of the first Pelham.

And, as with the original, you see law-enforcement efforts to stop them vis-a-vis city bureaucracy and urban ennui.

As well, there's a third-act plot twist involving the subway train's "dead-man's switch" - a fail-safe intended to ensure a driver is always at the controls.

"Even though it's the same basic story, the films have very different sensibilities," Scott says.

Yet, for classic film lovers - not to mention original Pelham One Two Three cast member Hector Elizondo, who called Scott's decision to update it "too bad" and said "they shouldn't mess with it" - the fundamental question lingers: Why "reinvent" a beloved film in the first place?

"Brian Helgeland, the writer, came to me two years ago and said he was going to reinvent it, put a spin on it," Scott said.

"He always comes up with something that inspires me."

In contrast to many of Scott's high-octane films such as Man on Fire, Pelham's two leads spar over the phone for more than two-thirds of the movie.

"That was a big challenge for me," Scott admitted.

Washington and Travolta resisted meeting each other until near the end of filming to help stoke aggression between their characters, respectively, a valiant but flawed hero and a rage-fuelled homicidal maniac.

"That was Denzel's idea," Scott said.

"A dynamic tension came out of that where you can see both guys springboard off each other on the phone. They were on separate sides of the studio for the entire shoot."