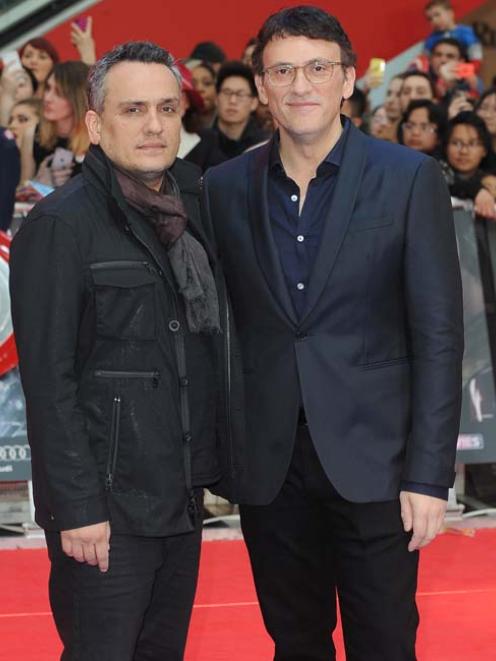 The sibling directorial duo have admitted that they are nervous about the huge task ahead and doing justice to the film's fan as they are "film geeks" themselves.

When asked what is the most intimidating thing about the movie, Joe said: "It's the scale. They're of an unprecedented scale, it's very difficult. We always look for references because we are film geeks and we grew up on movies and we have a very shared language on film.

"We find it's a very easy way to talk to our crew, by referencing films and by saying, 'Look, see what's happening here, this is what we're going for.' So, for those movies, there's not a real template for them, the scale of the cast is unprecedented.

"Really the only thing that we could think of as a reference point is 'Nashville', you know multi-perspective storytelling where you're moving from vignette to vignette and moving the collective story forward. So I think that's probably the most difficult thing to tackle with those movies, is the scale of characters involved."

Anthony added to Collider.com: "There's two sort of formal check-in points that we have. The first is when there's a draft of the script that's basically there, that's ready and that's pretty much the draft they're gonna shoot, that's when other people that are working in the MCU on other projects will usually read that draft and get a very specific image of what's being done in each of these movies.

"And then there's also that point where the edit has gotten to the point where it feels pretty close to what the movie's gonna end up being, of course there will still be more work done and changes made but the essential movie is there, and that's also a check-in point that we use."