Film Review: 'The Boys Are Back' 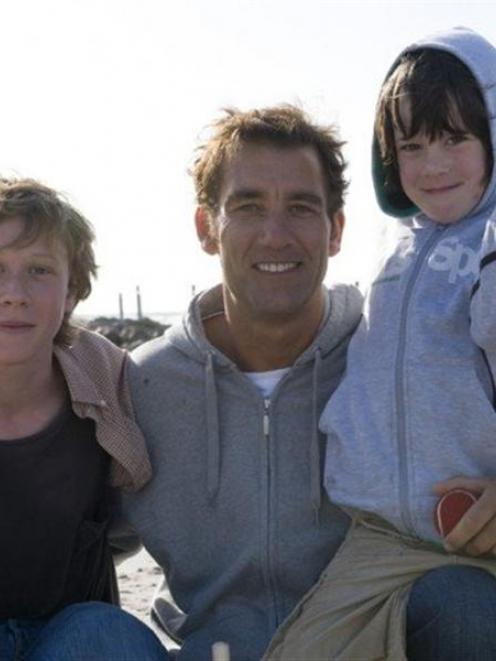 From left: George MacKay, Clive Owen and Nicholas McAnulty in 'The Boys Are Back'.
Owen goes it alone...

> The Boys Are Back

When male film stars play yummy widowers with winsome children they normally find themselves a ditzy nanny and end up walking into the sunset as part of a wholesome regrouped nuclear family.

In The Boys Are Back (Rialto) the only love newly bereaved Joe (Clive Owen) is interested in finding is that of his son Artie (Nicholas McAnulty).

Joe's job as a sports journalist kept him on the road and only a part-time presence in his son's life. Now it is only the two of them, he decides the best way to make up for the lack of a mother is to be absurdly permissive.

It sort of works, but the cracks really start to appear when his teenage son Harry (George MacKay) from his first marriage decides he wants to spend time with his father.

One additional unfettered male really tips the balance into total chaos. If you have even minimal standards of household hygiene, this film will cause you moments of acute agony.

As Joe excuses his incompetence with the inane mantra "just say yes", it is hard to feel any tolerance for three yobbos doing what they like as long as it does not involve cleaning.

All movies with a child at the centre live and die by the strength of the child actor. The Boys Are Back dies, with McAnulty capturing Artie's bratty side perfectly but never delivering on the charm.

Best thing: As a study on how grief can mess up your decision-making processes this is right on the money.

Worst thing: Who wants to pay money to see feral kids, when you can put the paper down and watch your kids eat breakfast for free?

See it with: The mothers group - Clive Owen and bad parenting will keep you talking for ages.