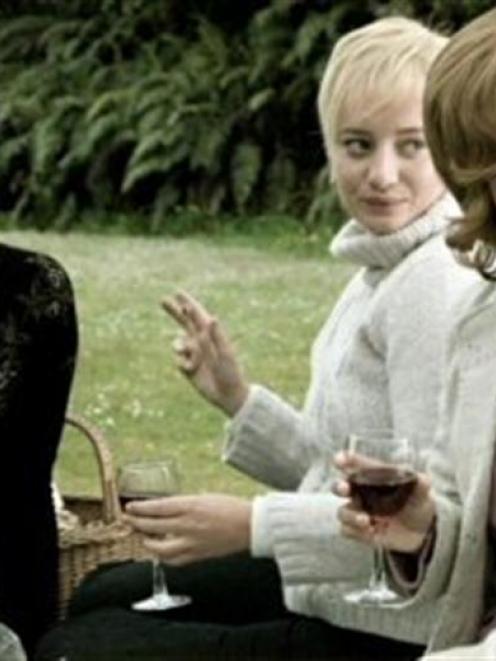 The most expensive Dutch film ever made is frankly quite inept.

From Rutger Hauer's cringe-worthy one and only line of dialogue, Bride Flight amounts to not much more than a hotchpotch of half-baked story threads and costume changes, supposedly based on an actual 1953 air race from London to Christchurch.

We meet Ada, Marjorie and Esther hitching a ride on the KLM entrant to join future husbands. Events are relayed through a series of poorly signposted flashbacks when the three women meet 50 years later at the funeral of Frank; the common thread tying their lives together.

As one might imagine in a film being touted as a romantic epic, some none-too subtle relationships form. Eventually, the nudge-nudge wink-wink gives way and the clothes come off for some of the cheesiest love scenes to grace the screen.

Bride Flight does an admirable turn for Tourism New Zealand, which has not been slow to embrace the favour on its website. Perhaps we should just be fortunate that the New Zealand Film Commission wasn't involved - and that Baz Lurhman wasn't offered the script.

Worst thing: Having to endure fellow patrons discussing every local landmark as they appear on screen.

See it with: Any lover of Mills and Boon.