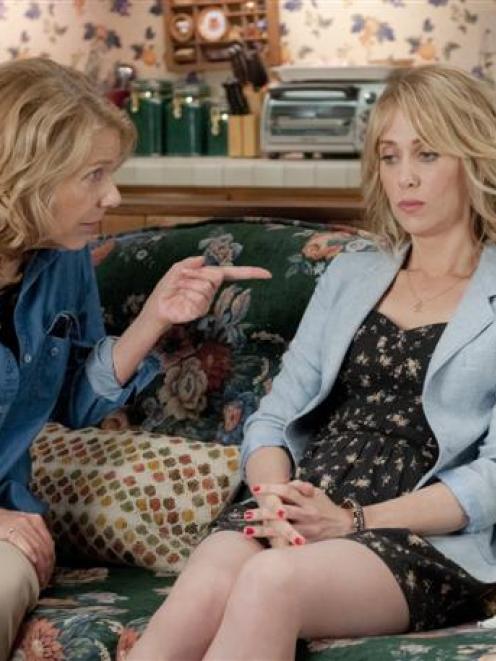 
This raunchy story of a bunch of bridesmaids and all the things that go seriously wrong was always going to be dubbed a female version of The Hangover. It is unfair, but that is the PR burden Bridesmaids (Rialto and Hoyts) has to bear.

Kristen Wiig, who co-wrote and stars in this as maid of honour Annie, obviously was aware of the likely comparisons because she has the guts to send the girls to Vegas and outgun the guys by placing the mayhem on the plane on the way there.

I do not know if this is the movie to break the hoodoo and become a hit. It certainly gets the vote of women out on the razzle with their mates but is unlikely to change the perceptions of those who prefer women to be ladylike. It all comes down to just how hilarious you find the idea of being stricken by food poisoning in the pastel splendour of a bridal-wear shop.


Best thing: Melissa McCarthy as the groom's sister Megan, the obligatory fat bridesmaid, does things that will have you gasping in shock yet still gets you to fall in love with her anyway.

Worst thing: The joke sequences tend to go on for too long. In one section of competitive toasting, the joke goes for so long it becomes funny again but mostly you wonder when they are going to wind things up.

See it with: All bridesmaids past, present and future.