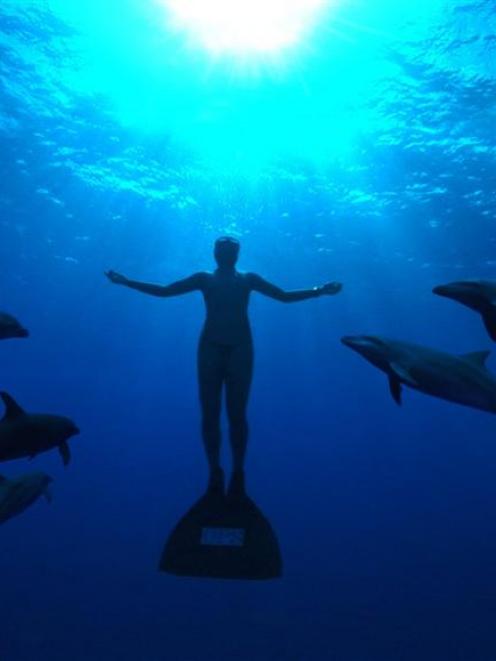 A tiny inlet harbours a sickening secret in 'The Cove'.
Something fishy going on


All too often, films with a strong activist agenda flounder due to inadequate resources, poorly conducted research, and annoying zealots. The Cove is most definitely an exception.

In the late 1960s, Flipper the dolphin was a household name across the United States and elsewhere. Lassie's aquatic counterpart was actually five dolphins, all trained by Richard O'Barry.

Fast-forward to 2007 and we catch up with O'Barry who is continuing what has become a 38-year quest to protect the creatures he unwittingly set up for globally-sanctioned abuse.

Skulking about in Taiji, Japan, O'Barry has a genuine exposé on his hands, but can he find someone willing to listen? Enter National Geographic photographer Louie Psihoyos, who takes on O'Barry's quest to expose the annual Japanese harvesting of dolphins for captivity.

The Cove is about a tiny inlet harbouring a sickening secret.

As some very cool surveillance equipment is installed, the film-makers maintain a relentless pace, frequent confrontations with Japanese fisherman and caricature-like law enforcement notwithstanding. The Cove is outstanding film-making.

Best thing: The drama. The film-makers have skilfully made an issues film both entertaining and downright provocative.

Worst thing: Learning about animal-rights activists who have knocked the film because it only deals with dolphins and whales.

See it with: A falafel sandwich; even a diet high in omega 3 should be treated with caution.