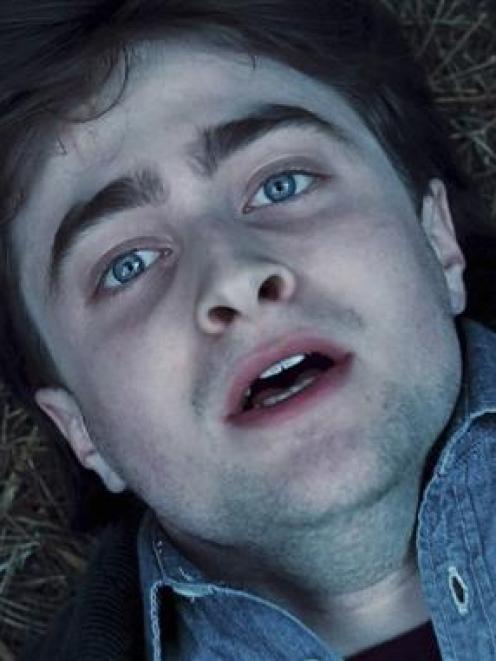 
When it was announced that the final Harry Potter novel was going to be spread over two movies it at once made sense (given the size of the book) and no sense at all - because as long as it is, there is no logical break in the plot. So the main point of interest in Part 1 is how half a book works as a stand-alone movie.

We rejoin Harry (Daniel Radcliffe) just short of his 17th birthday, the date when he becomes an adult in the wizard world and is no longer under the direct control of the Ministry of Magic.

As the ministry is now in the grip of you-know-who he needs all the protection of his friends to stay safe.

In this the final and most dangerous of all Harry's adventures he, Hermione (Emma Watson) and Ron (Rupert Grint) go on the run in an effort to escape the Death Eaters and to unpick the riddle of Voldemort (Ralph Fiennes).

I hope I am not giving too much away when I say that the first part does not end well. Of course there will be few who rush to see this who have not already read the books, most of them more than once. J. K. Rowling created another world and the success of the movies lies in how compellingly they evoke that magical world.

This film pulls it off with ease. As engrossed as we are by the danger facing the three teenagers there is another part of the brain that registers the layers of detail on the screen and hankers to see it all again just for that pleasure.


Best thing: This is a dark, dark movie so fortunately Ron and the twins give the audience some well-earned laughs.

Worst thing: Even at two and a-half hours they are struggling to fit everything in, which means a lot of cameos for little if any payback.

See it with: Anyone who still knows where their mother tidied away their old wand and broomstick.