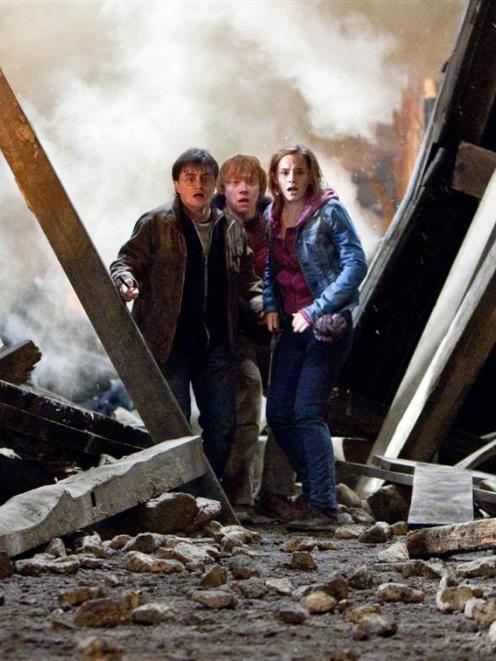 
Part 1 of Harry Potter and The Deathly Hallows had Harry (Daniel Radcliffe) and his two best buddies on an increasingly unpleasant camping trip. In Harry Potter and The Deathly Hallows Part 2 (Rialto and Hoyts) they start by reshowing Voldemort (Ralph Fiennes) reaching the summit of his power, which certainly jolts you back to the gloomy ending of Part 1.

Yet Harry, Hermione (Emma Watson) and Ron (Rupert Grint) are fighting on. They have their mission to locate the horcruxes and they know how to destroy them. Just as all roads lead to Rome, all Harry Potter movies climax at Hogwarts and the battle between good and evil that sees the old buildings razed is a doozy of a climax.

As ever, the movie is fairly faithful to the book. Where things fell down for me was I detected a huge slab of battle-weariness beyond that inherent in the story. Getting to the end of all seven books has been a marathon and it is no wonder the desperation to finally be rid of it is starting to show. Still, this is a treat for the fans.


Best thing: Alan Rickman had only 10 minutes of screen time at most and he had me merrily blubbering away by the end of them. The man is a national treasure - he deserves a knighthood or an Oscar or something.

Worst thing: I know the book had an epilogue but the film could have done without it. It is only of interest in how successful the make-up department has been, so they should have saved it for the DVD. I loved Emma Watson's Burberry, though.

See it with: your underlined copy of the book, ready to tweet any deviations you spot.