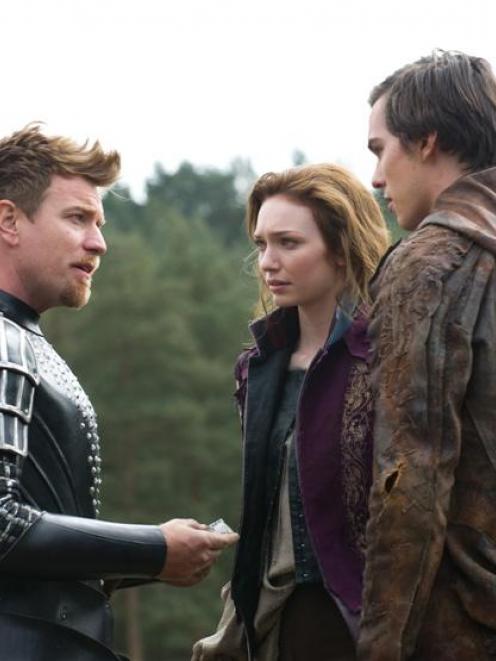 Jack the Giant Slayer is the oldest of fairy tales with the most modern of twists. The film has a beanstalk as a backbone, but any similarity with the fairy tale of old ends there.

For this is a swashbuckling roller-coaster ride into an eminently believable fantasy world. A race of malevolent giants with a grudge against humanity is about to unleash hell on earth and reclaim the land they once lost.

Standing in their way is a young farmer called Jack (Nicholas Hoult), who has his work cut out for him.

Based on the fairy tales Jack the Giant Killer and Jack and the Beanstalk, the film bears all the hallmarks of X-Men director Bryan Singer, who weaves darkness and lightness together like a latterday Brother Grimm.

Coming in at just under two hours, it is a high-adrenaline, bean-fuelled romp, with no flat bits or silliness.

This is a film that could not have been created without computer-generated imagery. Although, if the background foliage looks familiar, it should. Much of the movie was filmed in New Zealand.

Many of the characters are as captivating as they are confronting. The two-headed giant leader, Fallon (played by Bill Nighy and John Kassir), is the unintentional star of the show.

While the plot is simple, beanstalk tendrils shoot in so many directions it is a heavily camouflaged classic.

Best thing: The battle scenes, special effects and seamless storylining.
Worst thing: [Spoiler alert] A little unnecessarily graphic violence when the giant leader Fallon gets his beans at the end.
See it with: Young or old. This is a film all ages will enjoy.