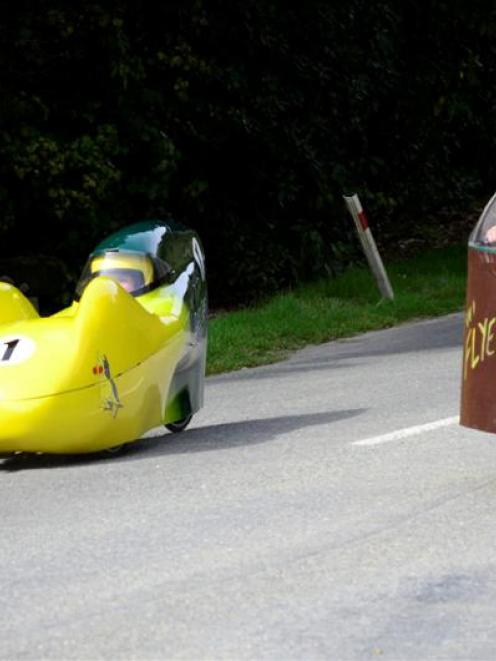 Set around the Nelson trolley derby, Kiwi Flyer is a family comedy that delves into the values of sportsmanship, honour and transtasman rivalry.

From an opening sequence built from archive footage of trolley derbies, Kiwi Flyer suggests it might offer something of an insight into the culture of this quirky annual event, but the reality is, the trolley race is simply used as device to drive a paint-by-numbers "kidult" quest narrative.

Twelve-year-old Ben (Edward Hall) is your run-of-the-mill Kiwi kid. Trailing about under the sunny Nelson skies with pal Jeff (Tikirau Hathaway), Ben is dealt a sudden blow when his dad is killed in a car accident. Devastated, Ben decides to honour his father by building a trolley and racing it, but he will need to overcome the evil Australians who have won for the past five years.

Ben's additional hurdles to reach the start line include finances and a disapproving mother (Tandi Wright).

As a feel-good flick to show the virtues of good sportsmanship and loyalty, Kiwi Flyer ticks all the boxes.

Where it does suffer, however, is offering something of substance to anyone out of short pants. An attempt at humour via the outrageously caricatured cheating Aussies works adequately enough off the back of Vince "Mr Beaurepaire's" sleazy car salesman persona. But once that one-trick joke has been done to death, there is really nothing else left in the script to satiate any adults watching.

Best thing: Footage of the actual trolley race down Collingwood St.
Worst thing: The clunky chase sequences and rigid acting.
See it with: Anyone under the age of 12.