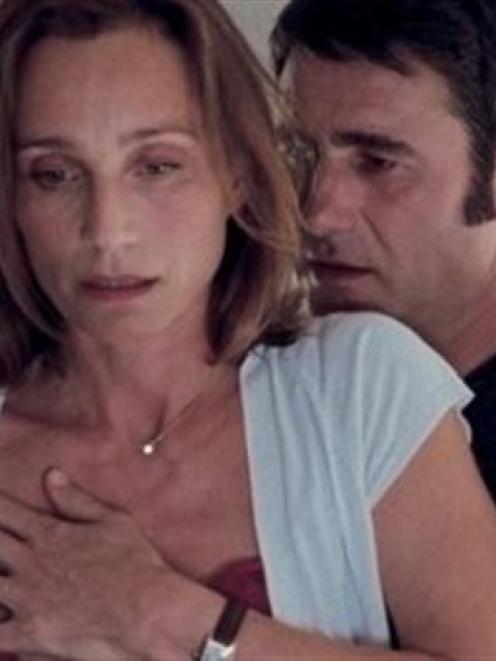 
You might ask why French film-makers cast Kristin Scott-Thomas, knowing they would have to adjust the script on account of her English-accented French.

Well it's hardly due to a lack of French talent. Perhaps it has to do with the unrelenting bleakness of the material.

Whatever the reason, Scott-Thomas is superb and whenever she is on-screen it is very difficult to focus anywhere else. She takes a relatively benign plot and transforms it.

As the kept wife of a doctor, Suzanne (Scott-Thomas) wants for nothing except a bit of affection and excitement.

She decides to start a physiotherapy practice and her husband Samuel (Yvan Attalas) agrees to transform a disused building at home into her consultation space.

When the builders arrive, Catalan hammer-hand Ivan catches Suzanne's eye and before long their relationship is consummated.

Unable to live a lie, Suzanne confesses to Samuel and discovers how hard life is without her husband's money.

On the basis of this simplistic plot-summary, there is no real reason to invest time in Leaving. But once you start watching, the film cleverly sows enough doubt to take even the most cynical viewer along for the ride ... well maybe not the most cynical.

Leaving is a fine antidote to the surfeit of farce in French cinema these days. It is refreshing to know that there is not a Hollywood studio insisting on a life-affirming ending.

Best thing: Kristin Scott-Thomas, continuing where she left off in I've Loved you so Long.

Worst thing: A general lack of light; there seems no hope of redemption for any character in Leaving.

See it with: Anyone not recently separated.