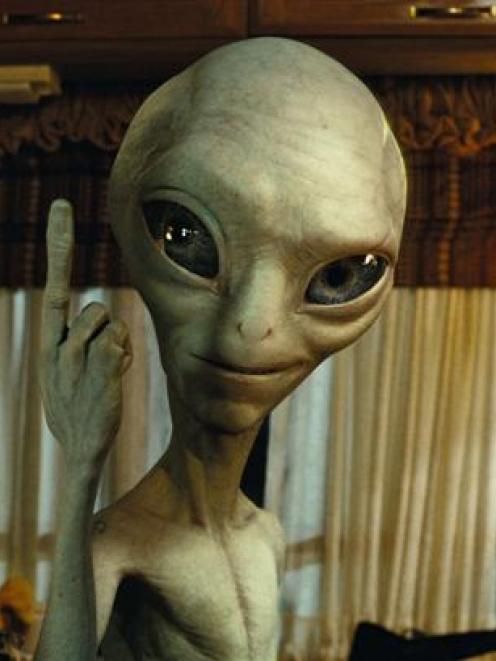 
Simon Pegg and Nick Frost have a track record of writing and starring in genre-parody comedies (Shaun of the Dead and Hot Fuzz).

With Paul (Rialto and Hoyts) they have moved from mocking the cosiness of British life to mocking the live-large wackiness of American life.

They play British nerds Graeme Willy (Simon Pegg) and Clive Gollings (Nick Frost), who are fulfilling a lifelong dream by attending Comic Con, then travelling in a campervan to alien hot-spots.

It is all going swimmingly until they encounter real alien Paul (voiced by Seth Rogan) and decide to assist him in his quest to phone home.

I wanted to like this but found myself lukewarm and inclined to nitpick. The main problem is Paul himself. ET was supposed to have been based on him and all that shows is that Steven Spielberg is better than Pegg and Frost at developing a lovable alien character.

However, Paul could have been as much of a jerk as they liked if only the movie had contained more comedy moments.

It loses its way by diverting into an odd sub-plot where they pick up fundamentalist Christian Ruth Buggs (Kristen Wiig) and show her that her belief systems are wrong. For all that I believe in evolution, I found this a patronising buzz-kill.


Best thing: Pegg and Frost are delightful in their British nerd personas.

Worst thing: The bad continuity and plot implausibilities are on a par with el cheapo first features, not the work of established artists.

See it with: Anyone who knows what Comic Con is.