FILM REVIEW: 'Pirates of the Caribbean: On Stranger Tides' 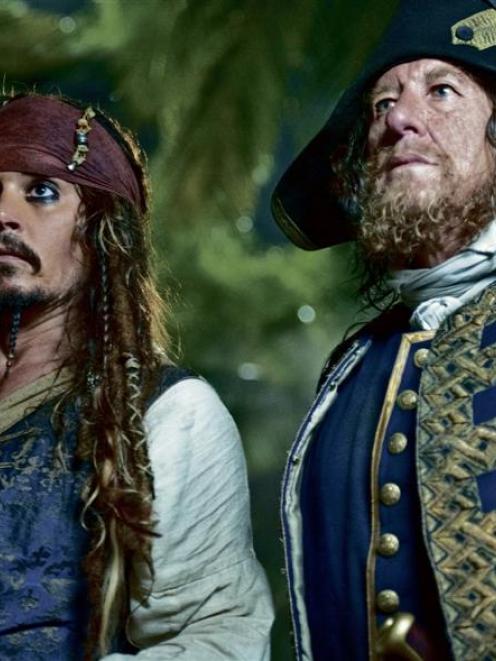 > Pirates of the Caribbean: On Stranger Tides
4 stars (out of 5)


We all fell in love with Johnny Depp as mischievous Cockney rogue Captain Jack Sparrow in the first Pirates of the Caribbean movie. Every subsequent instalment of the franchise has been an exercise in deciding if the magic still holds.

At the box office and in our hearts the answer has been "yes", but by the last one the feeling was more "we still like him, but enough is enough". Still, Hollywood loves a money-spinner so Johnny is back, this time searching for the Fountain of Youth.

Sparrow is reunited with lost love Angelica (Penelope Cruz), who has a surprise. She has not tracked Sparrow down to relive magic moments. Instead she is Blackbeard's (Ian McShane) second in command and Sparrow is just the cove they need to locate the fountain.

This reboot has just as complicated a plot as any of the others, but instead of the overblown special effects it goes for a more intimate feel, with Sparrow where he belongs, firmly in the middle of the action.

If you have ever taken any pleasure in Depp's fey portrayal of the crafty pirate, On Stranger Tides hits the spot better than most. The problem it was never going to solve is that Sparrow can never again be a delightful novelty to us.


Best thing: Geoffrey Rush's Barbossa has been reimagined as more of a jolly Roger. The scenes where the two naughty pirates are together are a comic highlight.

Worst thing: Penelope Cruz is normally stunning but she was pregnant when this was filmed and it looks as if morning sickness was an issue.

See it with: Capt Jack Sparrow fans, of course.