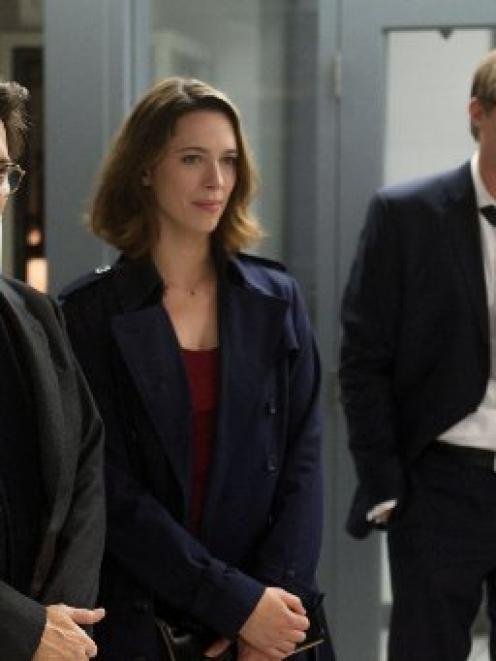 A still from the film.
This film shows a snapshot of uploading the future, writes Tom McKinlay.

As the lights came on at the end of the screening, so did the smartphones. You have to wonder if those reconnecting had been paying attention.

The film they had just been watching, Transcendence, addresses the imminent approach of the ''singularity'', that moment when artificial intelligence becomes smarter than us.

Given the meek dependence on mobile technology afflicting many, that time may well be upon us.

Now, the singularity is serious business. Some say it is just decades away, after which point human development will hive off in hitherto undreamt directions.

In the film, Johnny Depp is Dr Will Caster, who, faced with certain death, allows his consciousness to be uploaded. Caster's wife (Rebecca Hall), stricken by his grim prospects, dismisses all qualms about potential downsides to facilitate her brainy hubby's migration to cyberspace. There he just gets smarter.

Transcendence is Wally Pfister's first film in the director's chair and he mercifully opts for exploration over explosions, Transcendence spending more time chewing the big issues and much less time blowing things up.

Indeed, several Berkeley scientists were called in to consult on the film.

It does struggle with pacing and continuity and Depp's performance at times fails to rise from the flat screens. And for what is meant to be a chilling exploration of tomorrow, the mercury never drops very low, but the near-future setting provides uncomfortable moments.

See it with: Your Luddite mates.