Firing up in the recession 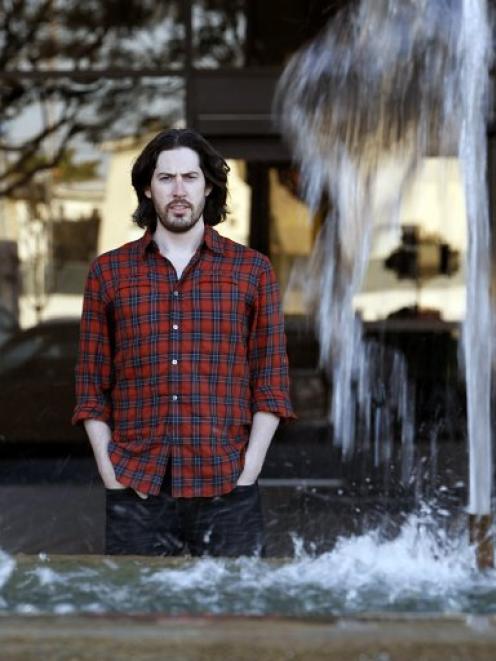 Director Jason Reitman's new film "Up in the Air," is shot extensively on planes and in airports. Photo by LA Times.
The timing for the movie Up in the Air could hardly be better, or worse, reports Jen Chaney, of The Washington Post.

The Academy Award-nominated director of Juno, Jason Reitman, insists that his new movie, Up in the Air isn't really about the global financial crisis.

"The best way I can explain it is that the economy stopped being the plot and started being the location, and the plot became a man trying to decide whether he wanted to live disconnected or connected," he says of how the film - starring George Clooney as a professional downsizer who makes his living issuing redundancy notices - evolved from the screenplay he started in 2002.

"The economy is actually less than 10% of the movie. It's just so relevant that it becomes the talking point."

Since Up in the Air made its splashy debut at the Toronto Film Festival in September - and gained critical buzz as an almost-certain Oscar contender - Reitman has hopscotched through 14 American cities to promote the film.

All those media moments inspired him to create an interview-question pie chart, another gem posted to his Twitter feed.

Not surprisingly, the economy ranked as the second-most popular topic. (The first-place topic? Clooney, Up in the Air's leading man and the source of 155 inquiries so far from working journalists. Reitman's dad: 91, the middle of the pack.)

Of course, there's a reason so many reporters turn their Reitman interviews into recession sessions.

Up in the Air, based on the novel by Walter Kirn, centers on Clooney's smooth-talking Ryan Bingham, who revels in racking up airline miles and remaining unrooted to any person, place or thing.

While it's true that the bulk of the plot primarily addresses two challenges to that comfortably breezy lifestyle - an equally unmoored love interest (Vera Farmiga) and an ambitious co-worker (Anna Kendrick) eager to deliver all those lay-off notices via video conferencing - the issue of career insecurity looms large.

With that in mind, Reitman - who began writing Up in the Air during an economic boom, prior to directing his first feature, 2006's Thank You for Smoking - realised he needed to tweak the script a bit once the country plunged into recession.

For starters, he says he altered the dark, satirical tone in many of the firing scenes. ("That's not to say you can't have dark comedy in dark times. You can. It just wasn't right for the film," he explains.)

He also decided to insert testimonials from the genuinely laid-off into the movie.

Reitman shot interviews with 60 people, all recently sacked; he tracked them down by placing classified advertisements in St Louis and Detroit newspapers.

Footage of 20 of them, who share their feelings about being fired in often teary-eyed, emotionally raw fashion, appears in the film. (And yes, Reitman says, all the "actors" were paid; they even had to join the Screen Actors Guild.

)Another small detail that adds to that sliced-straight-from-real-life feel: the song Up in the Air, which plays during the closing credits, was written by St Louis singer-songwriter Kevin Renick late last year after he was laid off from his job at a marketing firm.

It landed in the movie after Renick slid a copy - recorded on a cassette tape - into Reitman's hands after a speaking engagement.

"It's about uncertainty and longing and wanting to make a better connection with life," Renick says of his song during a telephone interview.

"It's sheer serendipity that that's what the movie ended up being about as well."

During all these conversations and connections with the newly out-of-work, Reitman says what struck him most was how job loss does more than just leave men and women without a workplace; it also leaves them without a sense of purpose.

"It's funny, if you had asked me before this movie what's the hardest part about losing your job, I would have said loss of income," he says.

In that way, the wobbly economy - with its daunting unemployment rate, a foreclosure crisis and all the unanticipated, life-altering shock waves - does mesh with the themes Reitman cites as core to Up in the Air.

Like Ryan Bingham, it seems that we're all trying to make limbo tolerable.

Reitman has his own theories about why the economy has ballooned into such a robust slice of his pie chart: because most journalists live in ongoing fear of losing their own jobs.

"It's funny, I've had two or three journalists ask me to fire them [during interviews]," Reitman says.

"They just wanted to see how I would do it and if I understood the process well enough. The problem is, I understand the process really well ... It's not funny."