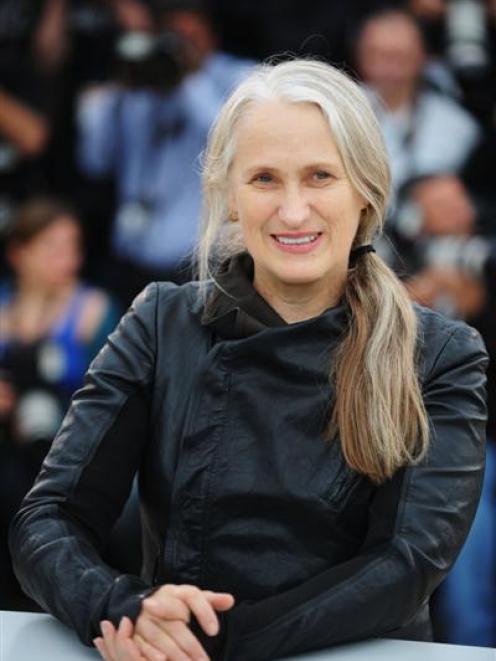 Jane Campion has been many things, including the only woman to win the Cannes Film Festival's Palme d'Or and an inspiration, she only recently found out, to Quentin Tarantino, who confided that her success with The Piano emboldened him to feel "you could keep your own voice and find an audience".

But she never thought she would end up as a disappointment to the video split operator on her latest film, Bright Star.

That camera crew member, a person with a lively mind and a fine sense of humour, explained Campion, was "one of the lowest rungs on the set but someone who is right in my ear, always able to comment".

"He came up to me one day and said, `I'm really worried for your film. You haven't done any tracking shots, and what's worse, your characters don't even have sex.'

"He and his pal would spend their lunch hours plotting Tarantino-type shots while I was plodding along with my still frames."

Campion can laugh about that now - actually, she probably laughed about it then - because Bright Star ended up one of the major successes of this year's Cannes festival because of the intimacy and restraint of the writer-director's approach.

Based on the circa-1818 tragic romance between the British poet John Keats and Fanny Brawne, literally the girl next door, Bright Star is one of the most deeply moving romantic films in memory.

With the remarkable Australian actress Abbie Cornish as Fanny and the excellent Ben Whishaw as Keats, this delicate yet powerful work allows viewers to experience this couple's falling impossibly in love as if it was happening to us.

Her joking half aside, Campion admits this kind of holding back "can be quite hard for a director.

"You want to be doing something fancy so everyone thinks you're good."

But, inspired in part by a viewing of Robert Bresson's "simple and riveting" A Man Escaped, Campion knew this was the way to go for this story.

"Bresson made the film process invisible; he just let the story be really riveting," she explains.

"So I kept out of the way. The material was so emotionally powerful, I didn't want people to feel they were being manipulated.

"I didn't need any romantic camera movements. The change of seasons and these two young people were enough of a heady mix."

The other reason Bright Star is so successful is the exceptional chemistry of its pair of gifted stars, a chemistry even more remarkable because budgetary constraints meant Campion had to take a deep breath and cast them without their having met each other.

"And if I'd known how impossible it was for them to pretend anything," the director says now, "I would have been much more frightened."

Campion feels this especially about Cornish, who as Fanny is the film's central character, through whose eyes the story unfolds.

"She has to be very true to her instincts. She doesn't know how to betray them; it would be a little death to do so," the director says with palpable respect for an actress she also describes as "weirdly strong, gracious, intuitive and bold and fabulously stubborn at times".

Someone who says that "my job is to empower the actors," to respond to what they do, Campion recounts that "there was a moment in the rehearsals where Abbie was shocked by Ben".

A Christmas dinner scene early in their characters' relationship was being rehearsed, and when they were alone "out of nowhere he reached over and grabbed her hand.

It was a shock, she stayed absolutely still, she was feeling it right inside, feeling that Ben was courageous and that was exciting."

Although it had been a physical ad-lib, the moment was added to the script and is in the finished film.

The one scene of Cornish's that no-one will forget is the way Fanny Brawne reacts when she learns that Keats has died in Italy of tuberculosis at age 25, a scene that Campion with justification calls "completely amazing".

"Abbie was a really good friend of Heath Ledger, and he died just three weeks before rehearsals began," Campion explains.

"It was completely shocking for everybody and I knew that Abbie went through something that she wanted to dedicate in relation to Keats' death.

"She was very fragile during rehearsal, she said, `Just trust me with this'. I told her, `I'll give you whatever you want, one simple shot, it's your stage'.

"Directors are basically groundsmen, trying to provide love and caring.

"She did the scene twice, giving out a scream that was absolutely bone-chilling.

"It was so specific, like `a special person on the Earth is no longer here'.

"There were floods of tears, and when the dailies went back to Australia everyone who saw them ended up in buckets of tears.

"It was her complete vulnerability, dignity and strength."

It is a mark of how emotionally potent Bright Star is that even though Campion has seen the film innumerable times, when she saw it at Cannes, "I felt at the end something exploded in my chest".

"It's something beyond words, this is life, things of immense beauty and things of great pain.

"For those people who go with it, that's the reward. For others who don't have that territory in them, I don't worry about that. They have their own movies to go to."