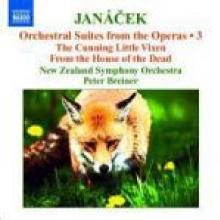 Featured operas in this disc are The Cunning Little Vixen and From the House of the Dead, mature masterpieces which contain some of the composer's most effective music.

The first derived from a series of cartoons and the second from Dostoevsky's memoirs of being sent to a Siberian prison camp. Both reflect love and loneliness, life and death in very different ways.

These suites concentrate the energy and modern, but folksy, colours of the operas into music for the concert hall. 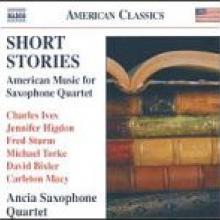 Subtitled "American Music for Saxophone Quartet", the works of seven US composers, including Charles Ives, are featured, by this talented US quartet.

Elusive Dreams, by Carleton Macy, adds an accordion to the quartet sound.

Ives' Chorale, first movement of String Quartet No.1, arranged for saxes, works best among all the contemporary works, with hymn-like harmony and nice chromatic gestures.