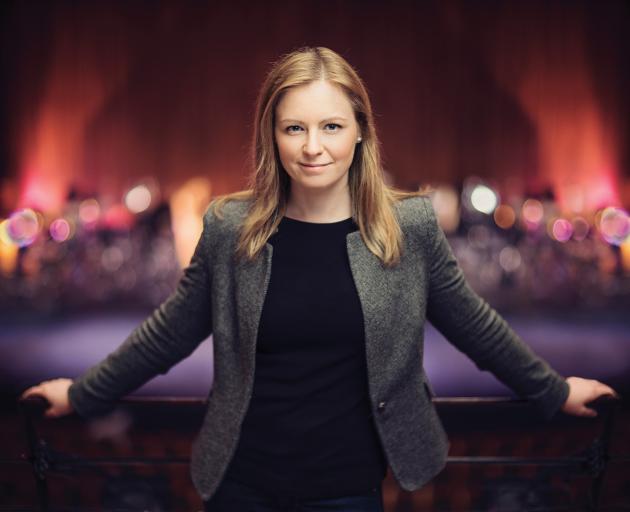 American-based New Zealand conductor Gemma New has come home for a series of concerts. PHOTOS: ANTHONY CHANG
United States-based New Zealand conductor Gemma New came home to perform before an audience for the first time in months, only to have the opportunity scuppered by the latest spike in Covid-19. She talks to Rebecca Fox about isolation and her rising career in America.

For Gemma New, as for thousands of musicians worldwide since Covid-19 hit, life has been full of uncertainty.

She has been unable to travel or take part in concerts since March.

"I miss music so much. I feel deeply emotional and moved by music, it gives that added level of how much we’ve missed it and how it can be taken away. Maybe it brings a deeper appreciation for it at this time."

Her one taste of performing was a recording session in St Louis back in June — all done in masks and with plexiglass barriers around musicians.

"It was seven minutes long, but honestly breathing in a mask is quite difficult. I didn’t realise how much I breathe in sympathy with the players," the United States-based New Zealand conductor said

But one concert series has remained on her calendar — a tour with the New Zealand Symphony Orchestra — and when New Zealand eliminated the community spread of Covid-19 it became apparent she was going to be able to come home and perform.

So she was happy to go through isolation — her room had a lovely view of the harbour — and she found the hotel staff and those looking after them "amazingly supportive". While she missed being able to go for a run, she had a yoga mat and did a daily practice. 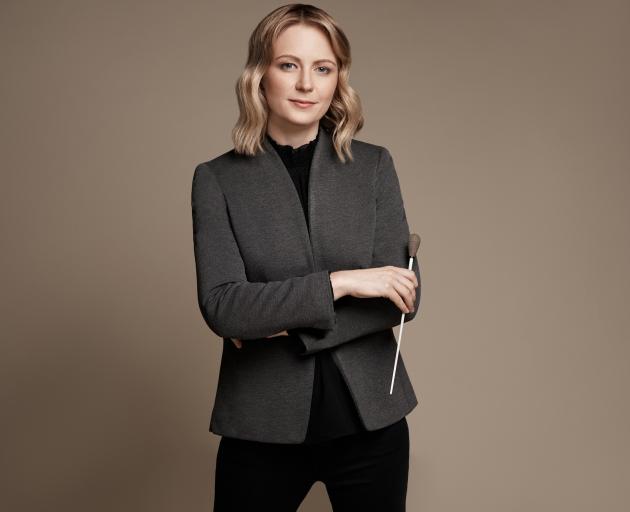 "There’s a lot of uncertainty in the world for everyone. It’s hard to plan in advance."

Uneventful that is until Auckland recorded a case of community-spread Covid-19, which threw the concert tour into doubt.

"There’s a lot of uncertainty in the world for everyone. It’s hard to plan in advance."

Monday’s announcement that the country will stay in Alert Level 2 has forced the NZSO to go to plan B — live stream Saturday’s concert without an audience from Wellington.

New, who originally comes from Wellington, enjoys coming home. She has spent the past 10 years in the US training and developing her career.

New first picked up the conductor’s baton as a 15-year-old when it was suggested she try her hand at conducting for a concert to farewell a school teacher.

"I was fascinated with the communication, with bringing people together to perform a unified interpretation, the analysis of everyone’s parts and the structure of the piece to create a really well-balanced journey. That really started my interest."

While studying violin performance at Canterbury University, New, who started playing as a 5-year-old and first played in an orchestra when she was 9, started to take a particular interest in watching conductors during rehearsals. It was while she was at university that she was given opportunities to work with the youth orchestra, opera and symphony.

"It was orchestras I fell in love with. The act of playing together in harmony and supporting each other, listening to each other and having that expressive voice. No-one can create this orchestral voice by themselves; you have to have everyone there. I love that act. It’s a very powerful message.

"It was a quite a young age that I thought it was the way I really wanted to share music and be involved with it."

New was lucky to be taken under the wing of Christchurch Symphony Orchestra chief conductor Tom Wood, who taught her everything he knew.

"It was very generous of him."

As part of the National Youth Orchestra, New got to meet guest conductor Jaque Lacom. He let her conduct the orchestra for sound checks.

Most importantly, he supported her application to study conducting at the Peabody Institute in Baltimore, where she studied with Gustav Meier and Markand Thakar.

Since then, she has been developing her conducting career, something which needs to be taken "slowly but surely", New says.

"You gain experience on the podium, get great feedback from your colleagues and fellow students at the time.

"I’ve found it to be a wonderful place to learn and be inspired by other musicians and conductors."

"When I return, I’ll be going to Dallas to do a programme there."

While conducting is traditionally a male dominated world, New says her gender has not held her back.

"It hasn’t been an issue. Most people, professional colleagues want to work together to create the best possible concert ... It’s what I focus on when working with orchestras."

Her upcoming programme for Hamilton was released last week. It is a programme directly impacted by Covid and considerations of how to keep the musicians and the audience safe and ensure the audience can safely enjoy any performances.

"We had to think how can we present live music within all the safety guidelines."

It gave them the opportunity to invest in the technology to broadcast live performances online, something that was in the works before Covid.

"We now have a pressing reason to do it and we are looking forward to new ways to present music this season."

They have chosen a selection of chamber music, from solos to quintets, for the first five months of the season so musicians can safely perform in small groups and broadcast online.

In her time with Hamilton, she has encouraged a closer relationship with the youth orchestra and is encouraging closer links with the community, including combining traditional and contemporary music, electronic indie music, lighting and visual art installations.

"I love all music — we have a rich collection of music from 300 years ago to the present day. There is something to rejoice in every piece."

Committed to new music, New made her Carnegie Hall debut in 2013, leading works by John Adams and Andrew Norman on the American Soundscapes series. In 2010, she founded the Lunar Ensemble, a nine-member contemporary music ensemble that has premiered 30 works over six seasons.

New loves nothing more than seeking out "unique and creative" voices.

" I love to research composers of today and find new music to share with audiences.You want a season to be full of variety that really takes everyone on a musical journey of discovery and then you want every night to have a single and very powerful theme or message to the concert."

Toan’s work, which New first encountered while a member of the NZSO National Youth Orchestra in 2005, is dramatic and fierce.

"The narrative of the story is shown vividly. It is a powerful piece."

“I remember the piece making a positive impression on both the orchestra and audiences alike. Fast-forward to today, the fierce passion and bold energy of Tu-mata-uenga makes for the perfect complement to the Elgar Cello Concerto and Tchaikovsky’s Pathetique."

New’s role as conductor requires her to analyse the scores of music and decide what direction the orchestra will take with a piece.

"It’s like an onion: there are a lot of layers, you have to keep peeling back all the wonderful details the composers have written into the pieces, the choices of their orchestration, what kind of an energy journey do we take.

"You start with nothing and whatever we create in the piece, whatever energy we then have to go down back to nothing again. How does it undulate? Where are its most contrasting moments? You try to look for a narrative. There are a lot of grey areas in a score as you cannot tell what a composer meant, how does it make sense to me or makes sense to the orchestra. We work towards the strongest interpretation that we can create for that performance."

Also on the tour schedule for New was a concert with the Dunedin Symphony Orchestra but it was cancelled when Level 2 restrictions came into force.

New played with the DSO as a young violinist and remembers visiting the city with the Christchurch Youth Orchestra.

"I have a lot of happy memories working with the DSO as a violinist a long time ago."

New bases herself in San Diego with her boyfriend of 10 years, an orchestral pianist for the San Francisco and San Diego Symphonies.

Covid meant she has been at home for five months, an experience she describes as "weird".

"I haven’t been in one place like that in as long as I can remember. You love family and spending time with them, yet you are so worried about the state of affairs it can be very stressful."