On the Floor: A wedding and a reunion 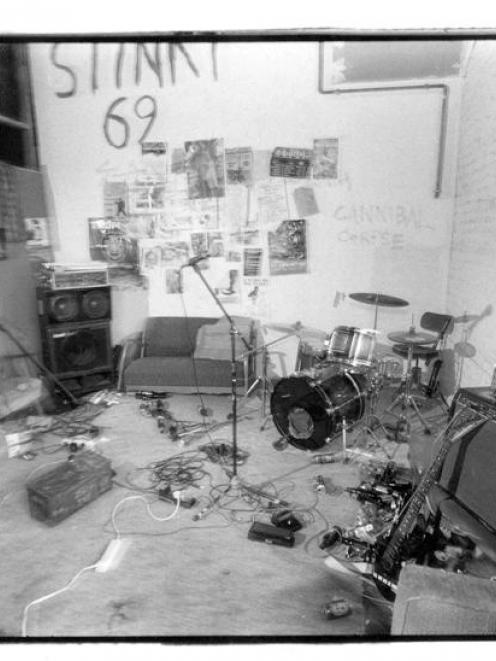 Stinky's old band room.
About a decade ago, Stinky 69 was a band with a nose for local fame, and as close to fortune as many Dunedin bands get while playing around Dunedin.

Now, the impending nuptials of bass player Nigel Sallis have prompted members to get the band back together.

Nick Hankey, who went on to be part of Skaface Claw, which began life in Dunedin before moving north, answered a few questions.

Hankey says the band members are getting over old injuries and difficulties and are pulling together for their band-mate.

"We're doing it for Nigel, and that we all really like the songs, so the thought of playing them again has got us fired up."

He says the band played its last gig with Drunk Uncle at Arc in 2001, and broke up for reasons familiar to anyone who has played in a band.

"Because we all started hating each other. I started hating Tom, Paul hated both Nigel and me, and Nigel hated him. Dave hated just me and Tom hated everyone. You could call it the 'pentangle of hate'.

In fact, Tom, Paul and Nigel were so full of hate that they bailed out to Japan, and this was the moment we realised we couldn't play anymore."

Hankey says the band may play again, but it'll be a while.

"Maybe in eight more years. Tom and Paul are heading back to Japan after the wedding."

To further celebrate their temporary re-formation the band is releasing an EP, Extreme F Factor, on Wellington's Smoko record label.


• Catch them
Stinky 69 play with Dunedin's Christpuncher, Wellington's Skaface Claw, and Auckland's Galloping Hooves Of The Apocalypse on Thursday at Backstage.