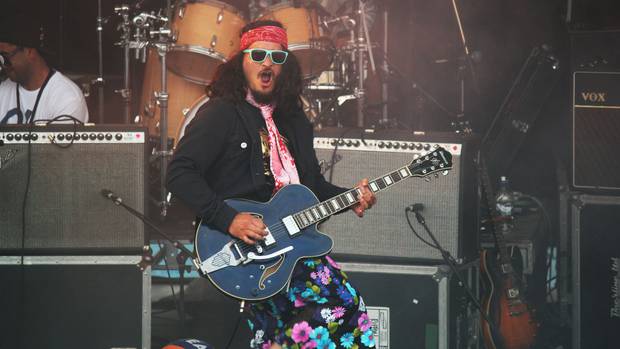 Social media posts said he died of a heart attack.

Tokona, live and in the studio, played with a mountain of musicians including Weta with brother Clinton, Fly My Pretties, Bongmaster, Fat Freddy's Drop, The Adults and Cairo Knife Fight. He worked on a Kim Dotcom album as well but preferred to leave that partnership in the past.

He also worked a day job about after meeting Sarena, mother of his daughter, Asha. He studied accountancy and worked as a manager for his in-laws and told The New Zealand Herald in 2015 I can "read a balance sheet and work Excel" when needed.

Entertaining and social commentary-style Facebook rants were other interests.

Tokona, of Ngai Te Rangi and Maniapoto, was taught to embrace his Maori heritage through being raised "a kapa haka kid" by a solo father and paternal grandparents steeped in Maoritanga.

He was "empowered as a Maori performer" from watching artists like Prince Tui Teka and Billy T James in the 1980s.

"It had a beautiful effect for Maori, seeing Maori on TV and getting No1 hits, especially when you're learning to deal with what is primarily a Pakeha world," he once said.