Royal wedding: the great and the good to gather 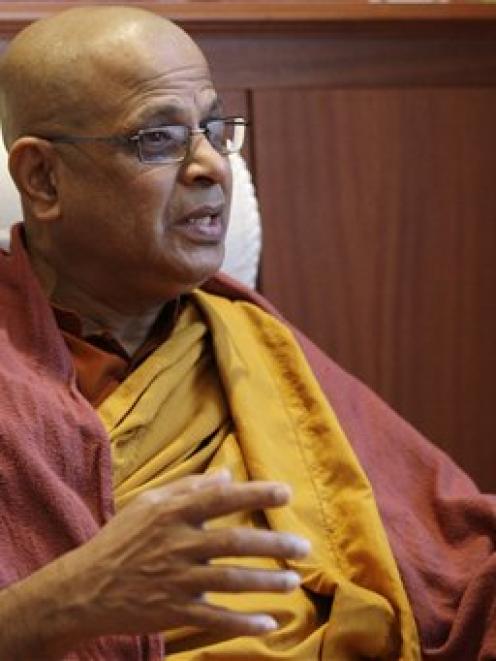 The Venerable Bogoda Seelawimala, head priest at London's Buddhist Vihara temple. Seelawimala has never met the couple, but has been invited primarily to show the royal family and the British government's respect for Buddhist tradition. (AP Photo/Sang Tan)
Football star David Beckham will be there with his pop star wife Victoria. Elton John is attending with partner David Furnish. And the Venerable Bogoda Seelawimala will be there too, probably one of the few guests at the wedding of the year wearing orange Buddhist robes.

The guest list for the April 29 union of Prince William and Kate Middleton is still being kept secret, but details have begun to leak out, with some coming forward to say they are attending and the Mail on Sunday newspaper claiming to have the official invitation roster.

It won't be clear until the day how the royal couple has balanced the protocol demands that they invite statesmen, diplomats, religious leaders, politicians and the like with invitations to the people they really want to see, particularly the crowd they made friends with when they met and fell in love at St Andrews University in Scotland.

Kate Reardon, editor of high-society magazine Tatler, said many prominent Britons acted as if they didn't really care about receiving an invitation while secretly checking the mail every day to see if the coveted embossed invite had arrived.

"Everyone's been hoping," she said.

The Mail on Sunday list describes an eclectic mix - everyone from fabulously wealthy friends of Prince Charles to a favoured bartender and a yoga instructor from the Caribbean island of Mustique, long a hideaway for royals and rockers alike.

William and Middleton have showed their modern side by inviting a number of close friends, including some former sweethearts, the newspaper said.

The wedding is not technically a state event, which somewhat limits the protocol requirements applied to the guest list. But royal obligations still dictate that a large number of the 1,900 or so seats go to guests from the world of politics, not actual friends of the couple.

The couple have also invited many guests from the charities they work with, and Middleton has used her influence to invite the butcher, shopkeeper and pub owner from her home village of Bucklebury.

Some guests, like leading religious figures, have to be invited because of the magnitude of the event, even if they don't actually have a friendship with the royal family. Seelawimala, for example, has never met the couple, though he certainly hopes to when the big day comes. The head priest at the London Buddhist Vihara temple has been invited primarily to show the royal family and the British government's respect for Buddhist tradition.

"I'm very excited and a little bit nervous to take part in such a joyous occasion," Seelawimala said. "I would like to meet them, but I know they may not have a chance to meet all of their guests."

Chief Rabbi Jonathan Sacks also plans to attend, his office said, along with other religious figures. It is expected that the list will include Islamic and Hindu leaders as well as those from other faiths.

Guest lists have a way of expanding. Prime Minister David Cameron, has been invited, of course - so it would have been bad form not to invite Deputy Prime Minister Nick Clegg. The leader of the opposition, Ed Miliband, can't be left out or the royals could be accused of showing favoritism.

The Mail on Sunday said Queen Elizabeth II has invited 50 guests, Prince Charles and his wife Camilla chose another 250, the same number as William and Middleton invited, while Middleton's family made another 100 invitations. Europe's royal families, long close to the Windsors, are expected to be well represented.

Some have declined invitations, including Canadian Prime Minister Stephen Harper - who is in the middle of an election campaign - and, reportedly, the King of Bahrain, whose country has faced serious unrest. Officials have declined to comment on his plans.

It is not clear if treasured Brits from the world of stage and screen - and pop music - will be on the list.

Joe Little, managing editor of Majesty magazine, said he does not expect stars like Sean Connery and Paul McCartney to be invited unless they have a real relationship with the royal family.

Elton John has been invited apparently because of his friendship with the late Princess Diana, he said.

"William is trying to do everything he can to honour his late mother at the wedding," Little said, citing William's decision to place his late mother's engagement ring on Middleton's finger.

"But really we don't know much. A lot of it is conjecture at this point. And William is not very celebrity oriented. I think there will be a lot of faces at the wedding that we don't know." 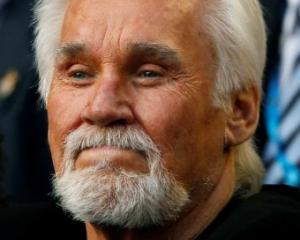