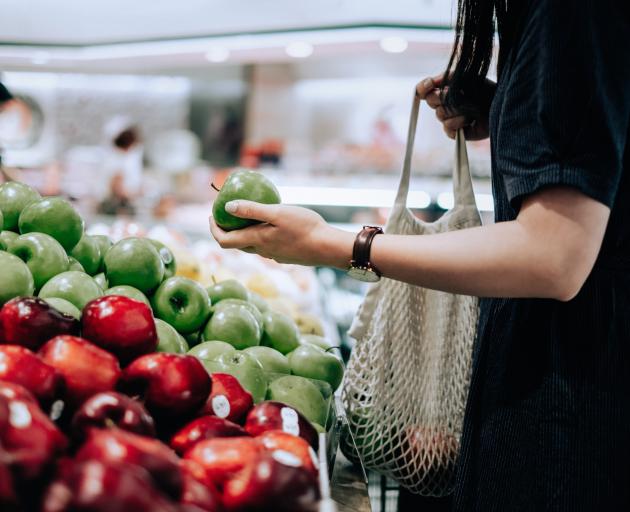 There are various technologies that might be used to trace ingredients, from simple stickers on fruit and stamps on eggs, or digital technologies such as blockchain. Photo: Getty Images
Increasingly we want to know where our food has come from and how it was made. Many of us feel that "Made in New Zealand from local and imported ingredients" is not enough, although often it’s all the information we get on packets. 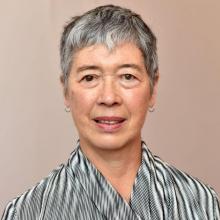 Farmers markets, where the food is grown or made by the people selling it, enable customers to talk to the producers about what they are selling.

Where the supply chain is longer and more complex - maybe a number of ingredients or components from different producers or countries are brought together to be made up somewhere else - it’s much harder to ascertain the origins of your food. Many large producers buy their ingredients wherever in the world they can get them cheapest so the origin may not be the same next time you buy that product.

If something goes wrong somewhere in a complex supply chain - a genuine mistake, contamination, adulteration or some nefarious substitution - it may affect thousands of people, so it’s important that authorities can trace all the way back along the chain to find out where it went wrong.

In New Zealand, we are lucky because we have not had too many food scandals. However, in places such as China, one of our main trading partners, food scandals have been all too common, sometimes even fatal, and people are very wary about the authenticity of their food, according to Dr Damien Mather of the University of Otago marketing department.

If consumers value something, such as New Zealand-grown kiwifruit or apples or meat, and are willing to pay more for it, there will be other people willing to cheat the system to make money, he says.

"[In China] it’s known there is some level of falsification of country of origin at the retail level for kiwifruit and other fruit, and there is grey money to be had in that area. It just further reinforces the fact that there is a need [for traceability] and people are willing to pay."

However, traceability is not as simple as it seems. How it’s to be done, the design which brings together the need and the technology, is often overlooked, he says.

Even a simple product such as fruit may go through many different handlers - harvesters, packers, warehouses, cool stores, shippers, distributors, wholesalers, moving from bins to bulk boxes, to containers, before finally being packaged for sale in a supermarket. At each stage there is opportunity for fraud.

"The more a food distribution system channels food to markets at higher and higher intensities, the more likely it is that things go wrong, and one of the things that can frequently go wrong is grey practices, black market practices and illegitimate, bad actions by bad channel members," he said.

There are various technologies that might be used to trace ingredients, from simple stickers on fruit and stamps on eggs, or digital technologies such as blockchain. This is a time-stamped series of unchangeable records of data that is managed by a cluster of computers not owned by any single entity. Each partner in the production chain would add the details of their contribution and a link would be included on the package so anybody could check it. However, it’s not that easy.

"Even if it was otherwise possible, for instance, to put a little tamper-proof marker of information on every individual piece of fruit or cut of meat or whatever, if it was possible to do that and track it by blockchain, the amount of global computation and data storage required would be an unimaginably large factor times greater than what we have got now."

One of the students he supervised recently, along with Prof Phil Bremer and Assoc Prof Miranda Mirosa from the university’s food science department, looked at the distribution of a major export fruit in the Chinese market.

"We looked at what are the problems, the needs, not just of the consumers at the end but the channel partners in between," he said.

Any design for a system that used a particular technology had to address the needs of all the stakeholders including the distribution channels, the shippers, the shipping companies, the big distributor warehouses, as well as cross-cultural barriers.

Everybody needed to make a legitimate profit and get better value for money at all stages, from the growers here in New Zealand all the way to the retailers and consumers, he said.

"Things are a little bit more complicated than what you think and it’s the design of the solution, of the innovation, that is the real bottleneck. We have tons of technologies we can play with but it comes back to design thinking."

However, New Zealanders were innovative and good at design, so overall the future looked positive for food traceability systems, he said.