Lighten up, it's spring 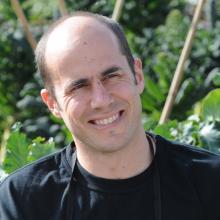 What a difference a couple of weeks make. Another good drop of rain followed by gorgeous warm weather.

My garlic and bulbs are leaping out of the ground at home and everything has grown 8cm-10cm in just a few days.

So along with the short-socks-and-T-shirt weather, I'm really loving the fresh hit that comes with a dish of raw chopped salmon, capers and shallots.

Don't get all funny on me just because of a little raw fish. A touch of lemon juice and a lick of wasabi mayo makes for a fantastic dinner in minutes. Just pile up the croutons and invite a few mates around.

For those who know me well, it's fair to say I love squid and sausage in near equal measure, so it only makes sense to at some stage combine them. Ramp up the spices in the sausage to suit your tastes and take things from there.

And finally, cheese for me has always been a bit of a weakness at any time of the day or night.

Needless to say, a good cracker can seal the deal and I was lucky enough to be given this recipe after enjoying them with friends after work in Akaroa last weekend.

Really moreish and possibly a new addiction. Thanks, Kim. 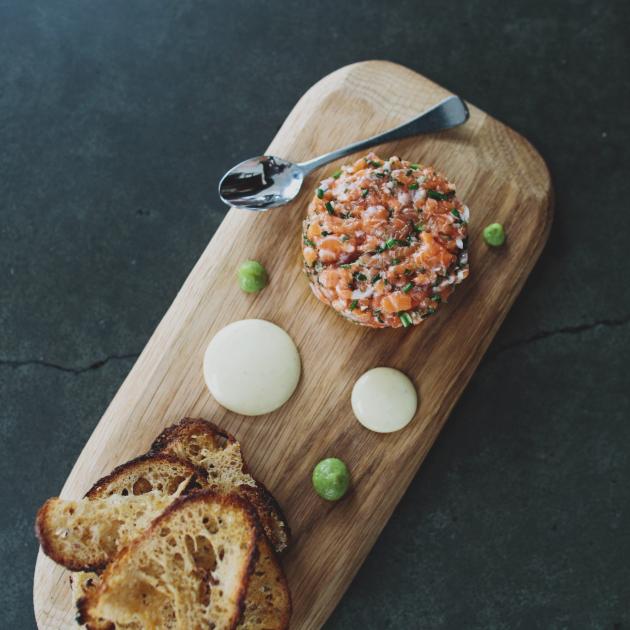 Serves 4 as a light snack

Method
Preheat oven to 200degC. Slice ciabatta as thinly as possible, drizzle with olive oil and place on an oven tray.

Bake crostini in oven until golden and crisp before removing and allowing to cool. Finely chop salmon and place in a small bowl.

Mix in shallot, capers, chives and lemon juice, adding seasoning and olive oil to taste. Mix half the wasabi into the mayonnaise.

Serve either with the salmon spooned on to the crostini and a small amount of the wasabi mayo on top, or separately - salmon, crostini, mayo and remaining wasabi on the side - for guests to help themselves. 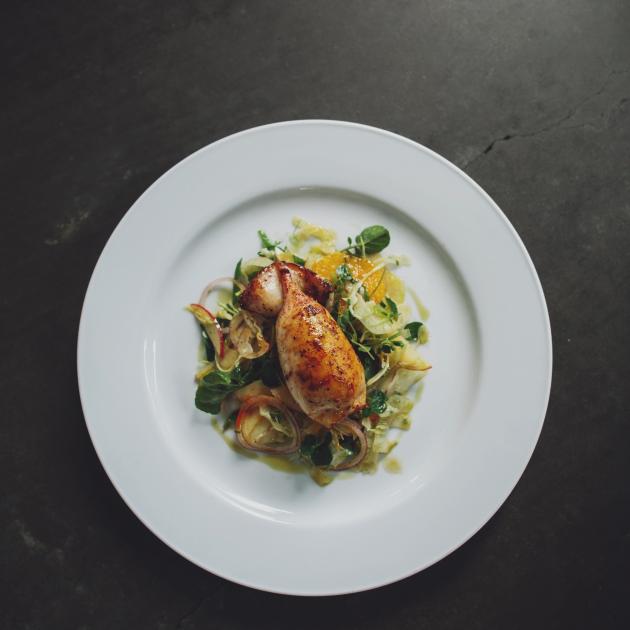 Method
Clean the squid under cold running water, discarding the intestines and vertebrae but saving the tentacles.

Push your finger just behind the beak to push it forward to allow you to pull it off with your free hand.

Finely chop the cleaned tentacles and set to one side.

In a frying pan heat half the olive oil over a medium to high heat and sweat the shallots for 2 minutes before turning up the heat and cooking the chopped tentacles for a further minute.

Remove tentacle and shallot mix from the pan and allow it to cool completely before adding and mixing well through the chorizo mix.

Stuff the squid with the chorizo, sealing the end with a toothpick. Preheat an oven to 200degC. Heat remaining olive oil over a high heat in an ovenproof frying pan.

Sear squid on both sides and finish in the oven for 8-10 minutes.

Remove from oven and allow to rest for 5 minutes in the pan.

As the squid is resting, shave fennel, onion and apple and divide between the 6 plates.

Remove the toothpicks, slice the squid and serve on the salad, finished with the juice and extra-virgin olive oil drizzled over top.

Chorizo filling
Place all ingredients in a mixing bowl and mix well to combine, seasoning to taste with a little salt and pepper.

Cook off a small amount of the mix to double check the seasoning is to your liking, and set aside for later use. 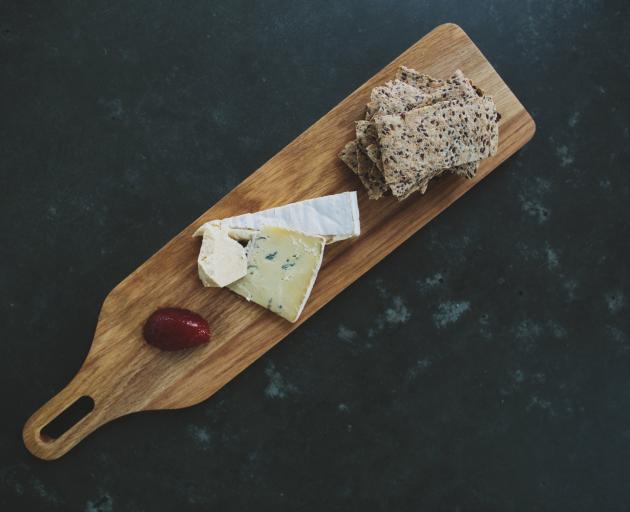 Place seeds in a bowl and stir in the water. Allow the mixture to stand for at least 20 minutes or overnight.

Stir in the tapioca, almonds, tamari and a pinch of salt and pepper and mix well, adding a little more water if necessary to make a soft paste.

Preheat an oven to 150degC. Line 2-3 flat baking trays with baking paper and divide the paste between each tray.

Lightly grease with canola spray and cover each tray with a large piece of plastic cling film.

Roll out to about 1-2mm thick, discard the cling film and score with a knife into rectangles. Bake for 20 minutes or until crisp.

Remove from oven and allow to cool before storing in airtight containers.